Obscure Arch and a whole lot of shaking going on

Another trip into the San Rafael Swell area. This time David and I are heading to Obscure Arch, a Class B natural arch.

The shortest way to the area was down Buckhorn Draw which gave me an opportunity to stop for a while to take a few pictures of the fantastic Indian pictographs located there. 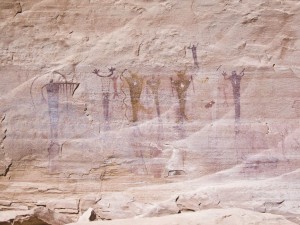 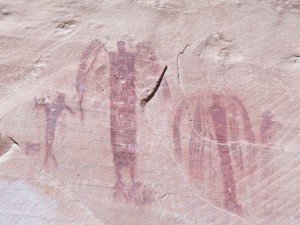 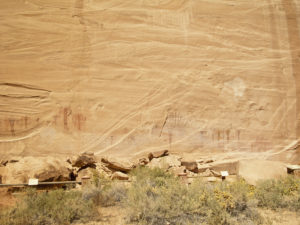 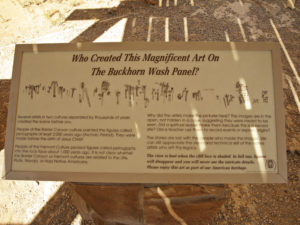 And then there was the ‘Guardian of the Glyphs’ carefully watching from his post. 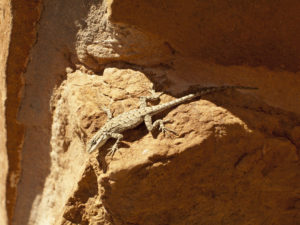 We then headed south to Oil Field road until we were fairly close to the cliffs that hid Obscure Arch. Though the cliffs weren’t too far from the road, the arch was almost impossible to see from that angle. It was a fairly easy 3 mile round trip hike up a small drainage, up a steep talus slope, across some flats and up some steep rocks to the arch. 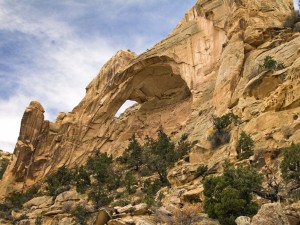 However, about the time we climbed to the opening, dark clouds had moved in and rain showers had started. It was obvious the rain wouldn’t last long so we took cover under the alcove that included the arch. 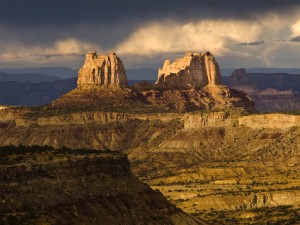 As thunder rolled through the area, the rock alcove shook like small earthquakes. It then dawned on us that the vibration from lightning/thunder was probably the greatest threat to delicate arch formations. With this kind of shaking happening several times each year, it was plain to see why we didn’t encounter more falling rocks problems as we hike the canyons of Utah. The shaking from lightning/thunder would obviously topple most potentially dangerous rocks.

Still, I worry about what a major earthquake would do to many natural arches and bridges in Utah.