I really look forward to Saturday explorations of some new corner of southern Utah. On this day, David and I loaded up my Ford Explorer and headed for and area just outside the southern end of Capital Reef National Park, by way of Boulder Mountain and the Tantalus Flats road. We wanted to hike to a couple of “Natural Arches” that we had noticed on a USDA 7.5″ topographical map.

Around Torrey Utah we stopped long enough to take a few pictures. 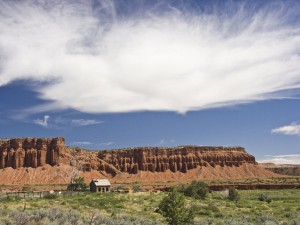 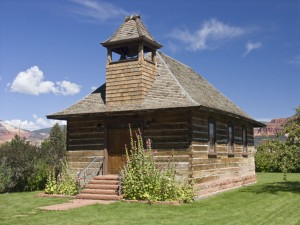 We then headed south up Boulder Mountain where we turned to the east on a gravel road that took us past Bowns Reservoir. 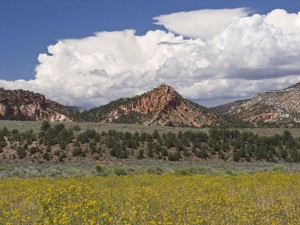 After a very rocky ride, we were in Tantalus Flats where we parked and began our hike around to the west side of the sandstone cliffs. Here we could traverse the broken rock until we were far enough south to see the arches we were looking for, far up a shear cliff on a section of steeply inclined sandstone hillside, overlooking Maverick Draw.

While both arches were class ‘B’ in size, one was thick rock while the other nearby arch was much thinner. The names “Laurel and Hardy Arches” immediately came to mind. 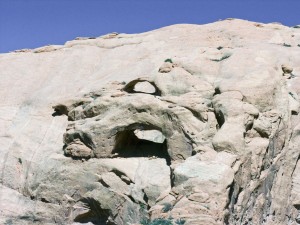 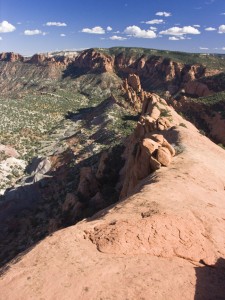 And then there was the fact that the wind was blowing.

We decided we were going to have to come back with ropes some time.

Back at the dirt ramp, it was safer walking near the rim were we soon discovered two class ‘C’ natural Arches. One of the arches, Skyline Window Arch, could be seen from the jeep trail that ran down Tantalus Flats and then entered Capital Reef National Park before heading north along the west side of the reef.

However, we did not know about Tantalus Arch which was only visible from our location along the top rim. 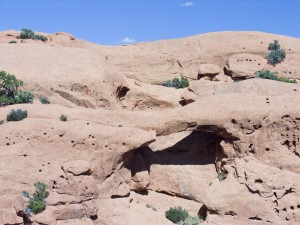 When we felt like we had finished taking enough pictures, we headed back down the ramp which reminded us that climbing down is often more difficult than climbing up some areas.

Back at the vehicle, we decided that we had enough daylight to continue on the jeep trail into Capital Reef National Park and just make a loop on our drive. That was probably a mistake since the rest of the jeep trail was much rockier than we had already driven through.

We arrived on the paved park road about sundown which allowed for some quick evening pictures before beginning the long drive home again. 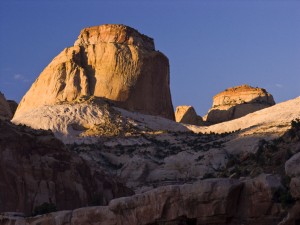 We were tired and sore — which is always a good indication that we had a good day. 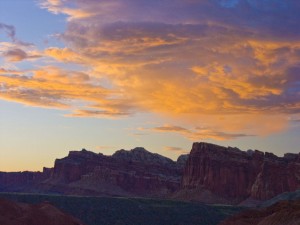