With a long week of work behind us, David and I headed south on Saturday morning to look for natural arches in one of the last corners of Arches National Park that we hadn’t yet covered.

We entered the park from the northwest corner, down Salt Valley. (No, this was not unethical since I held a Golden Eagle National Parks pass so we weren’t trying to bypass the entrance fees. That trail was just the fastest way to get to the Klondike Bluffs area of the park.)

The Salt Valley dirt road heads southeast into the park and we were clipping along at a good rate when I had to do an emergency stop to keep from hitting a ong gopher snake crossing the road. Their main defense seems to be to just freeze until the threat passes. That is not a great idea when on a road. We got out of the vehicle to take a few pictures and then urge him off the road so we could continue. 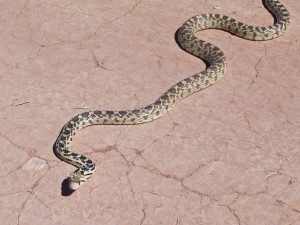 From the Salt Valley dirt road, we took a side jeep trail that then heads southwest up a sand hill and passes on the southeast side of the Marching Men rocks. 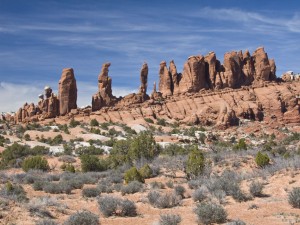 Where the jeep trail veers to the northwest and heads for nearby Tower Arch, we stopped to explore the nearby rocks to take pictures of Anniversary Arch. 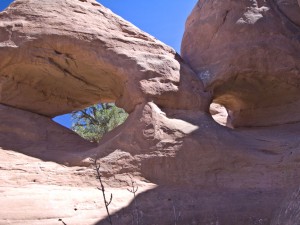 We then continued on the jeep trail to the northwest to the parking area for the short eastward hike to Tower Arch. 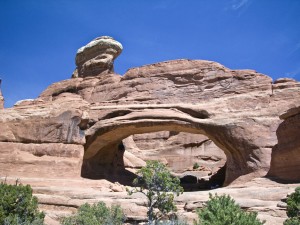 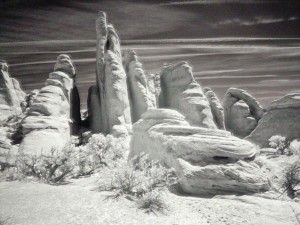 We also visited nearby Parallel Arch. 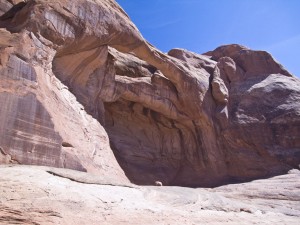 After leaving the Tower Arch area, we took the Eye-of-the-Whale Arch road southeast long the fins. This allowed us to visit several smaller arches hidden in the sandstone rocks and fins on the southwest side of the jeep trail including Sandhill Arch and Rock-in-the-Hole Arch. 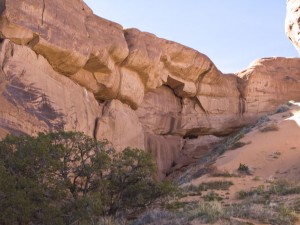 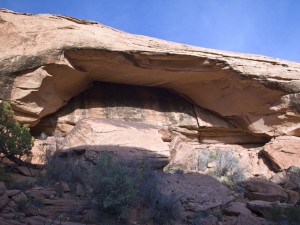 When the fins finally ran out, we found someone had etched the words “The End” in the wall of the last sandstone wash. We wondered if this had been left by those that helped Dale J. Stevens and J. Edward McCarrick document all the natural arches in Arches National Park back in the 80’s. 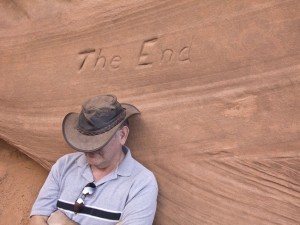 By then, the sun was about to set so we headed for home again. 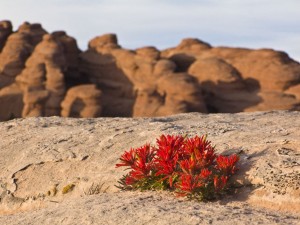