Hot Time in the Moab Area

It was the end of July and even though it had cooled off a few degrees since the first of the month, it was still TOO hot to do much outdoors. But that didn’t stop my brother David and me, from planning a day in the Moab Utah area, driving around in an air-conditioned Ford Explorer.

We didn’t get too early of a start that Saturday morning because I stopped to take morning pictures of Hibiscus flowers growing in my front yard. These flowers only appear for a short time in the early morning before wilting and falling off when the heat hits them.

Several hours later, David and I were just northwest of Moab Utah where we pulled off on the Mill Canyon Road, just south of the Moab airport. We stopped at the old Halfway stage coach ruins for a few pictures. 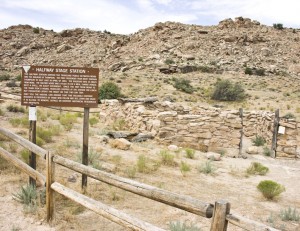 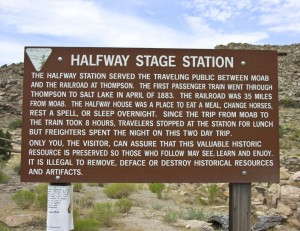 Before driving up Courthouse Wash we also stopped near the head of the canyon so we could walk out to an area where we could get good pictures of Slickenslides Arch, a class ‘C’ jughandle arch that hangs on the east side of Courthouse Rock. It seems like the light and picture angle is never right to get a good picture of this arch though we pass it every time we go to Moab. 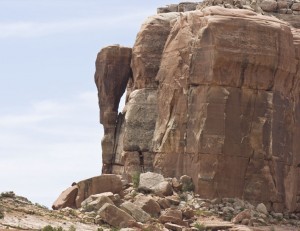 We then bounced up the jeep trail on the west side of Courthouse Rock. We then took one of many jeep trails in the area to the east and the top rim of Corral Canyon where we could view Corral Arch below us. This was another class ‘C’ arch which means it was big enough to be able to drive a jeep through the opening, if the opening was located in a way that would allow a jeep to drive through it. 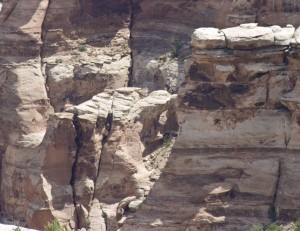 We then continued driving south to Uranium Arch, a wonderful class ‘B’ arch (meaning the natural arch is large enough to drive an 18-wheeler diesel truck through it). I was surprised to see that the BLM had fenced and signed the area around the arch. This is obviously a major destination for people jeeping in the area. This was quite a bit different than the first time I visited this arch several years ago. I could barely find it then. 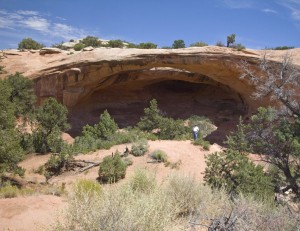 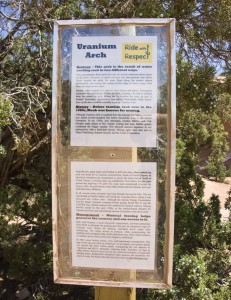 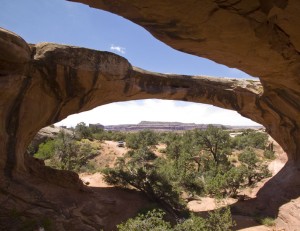 From Uranium Arch we traveled west to the northwest end of Merrimac Butte where there was a small class ‘D’ arch (meaning the natural arch is smaller than what a jeep could drive through but larger than a 3 foot opening). 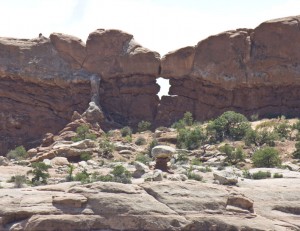 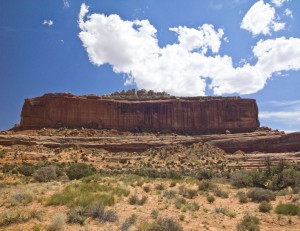 We continued our loop through Courthouse Pastures by heading north to Determination Towers where we walked around a bit. 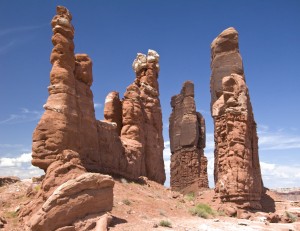 While I was on one side of the Determination Towers taking pictures, David was on the other. As I walked up one side, the largest jack rabbit that I have ever seen, hopped out from a nearby bush and moved a short distance away. He was tall enough to reach the belt on my trousers! (Not that this is very tall…) He didn’t seem too afraid of me or perhaps it was just too hot to care much. (Especially when you have to wear a fur coat all summer long.) I walked towards him and he finally lopped away into the sagebrush. When I next saw David again, he began to tell me about another jackrabbit that he had just seen and how big it was. Sure enough, when I saw this jackrabbit, it was almost as large. 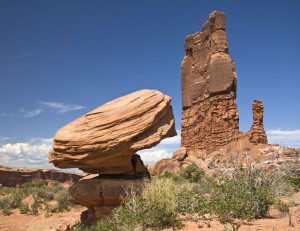 We then drove down Mill Canyon Wash and hit the Moab highway again. Before we hit the highway, we stopped so I could take a picture of the Dinosaur Trail sign but we didn’t take the hike. 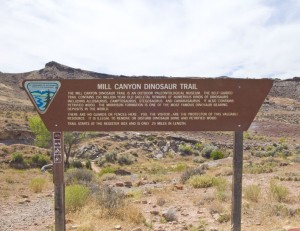 We headed for Moab but turned off on the Colorado River road just to the north of town. We only drove a short distance down this paved road so we could take pictures of Dove Feather Arch (class ‘D’) and Updraft Arch (class ‘C’) in the cliffs overlooking the river but located in short side canyons. 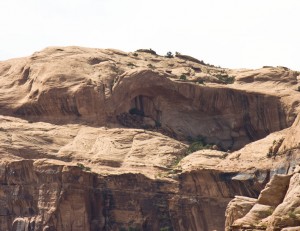 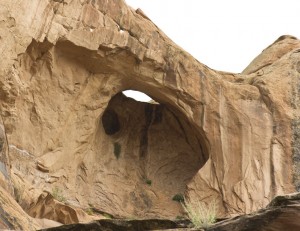 We then drove into Moab Utah for refreshments and before driving south down the highway to the Looking Glass Rock road, which is a dirt road that heads southwest just south of La Sal Junction. Just two miles down this road is Looking Glass Rock with a nice class ‘B’ arch on the west side. Again we found the area fenced and signed by the BLM. 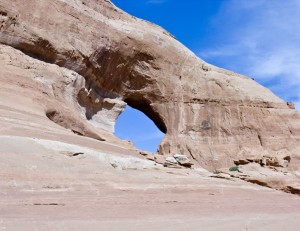 Back in Moab Utah, we still had lots of daylight and not inclination to head home. We drove into Arches National Park to see if we could see a small arch that is in the cliffs near the visitor’s center. We still couldn’t find it. 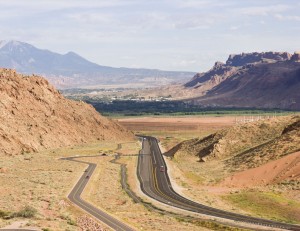 We then drove west down the Potash Road, on the north side of the Colorado River, taking pictures of the Indian petroglyphs next to the road. The sun was almost right for getting pictures of Hidden Arch, on the other side of the river just southwest of the Kane Springs Canyon mouth. 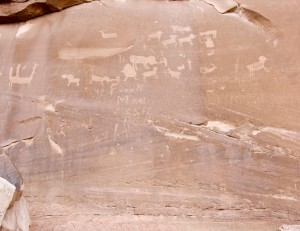 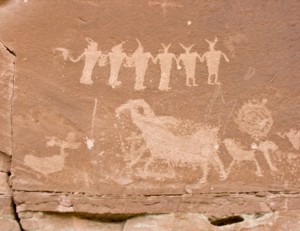 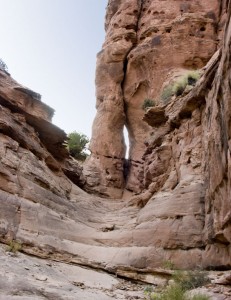 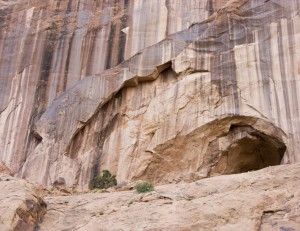 After some evening pictures of the Colorado River at Williams Bottom, we headed home again.

Though we didn’t get to do much hiking, we did get to see quite a number of arches and places that we had been meaning to stop at. All in all, it was a good day.