On August 28th, I decided to take a solo drive down to Emery Utah so I could explore nearby Quitchupah Creek and take pictures of the Indian pictographs and petroglyphs located there. There was talk of building a coal mine access road up the canyon and I wanted to see the area before it was closed off either by the coal company, the construction company or some environmental group.

I wasn’t in a hurry that day so I stopped a number of times along the way just to take pictures of whatever caught my fancy. 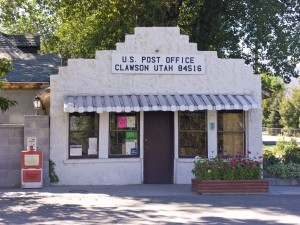 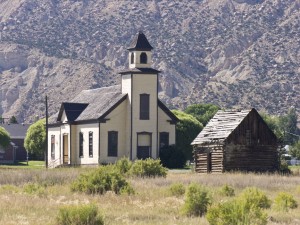 Access to the canyon was on a non-descript dirt road leaving state road 10 south of Emery Utah and heading west into what looked like private property. There was only one gate that had to be opened and then closed behind me. Soon I was in the canyon proper with a small stream of water appearing occasionally and steep chalk-like rocky hill sides that looked like stairs. 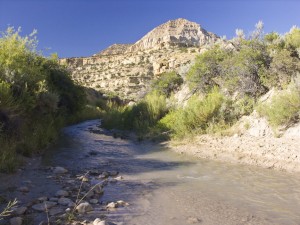 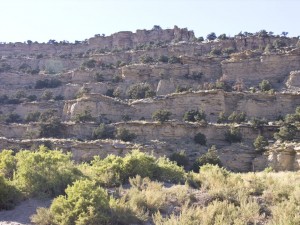 I found several small pictograph and petroglyph panels at the confluence of a major side canyon, about the place that I would expect to find some. 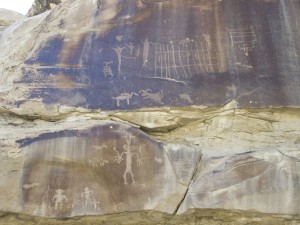 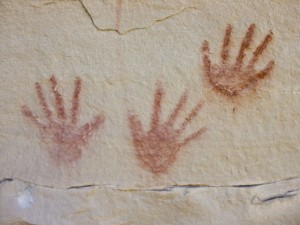 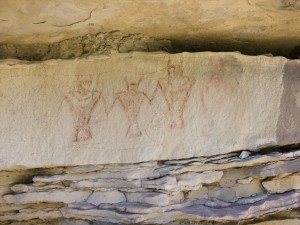 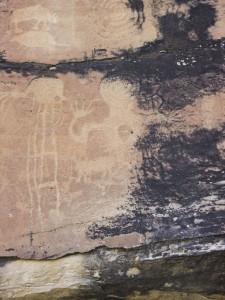 I tried to drive further up the main canyon but the road deteriorated into a bad jeep trail so I turned around and headed back down the canyon again.

Just outside of Emery, just before sundown, I encountered a flock of Nighthawks (Chordeiles minor) sweeping the sky of flying bugs and moths. This was very exciting to me, having grown up in Vernal Utah, where every summer evening included large number of Nighthawks swooping and diving through the air, much like very large swallows during a feeding frenzy. No matter how many hours I spent watching the event, it always excited me.

It pleased me greatly to know that they still exist someone in Utah.

I have GOT to capture Nighthawks on a video recorder somehow!

Since there was a few minutes of daylight left, turned west in Ferron and drove past Millsite Reservoir to some petroglyphs located near the road. 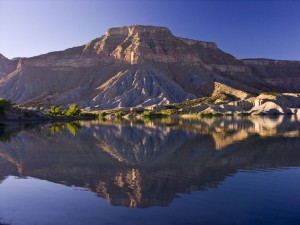 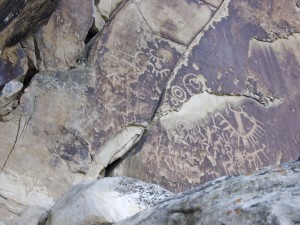