In February, it was warm enough and dry enough for my son, Cory and I to take a long weekend trip to Moab Utah. Monday was President’s Day and I wanted to check out a number of petroglyph sites in the Moab area and Cory wanted to tag along.

Saturday morning we drove down to Arches National Park near Moab and drove out to the Wolfe cabin, which is also the trail head for the Delicate Arch 1.25 mile hike. 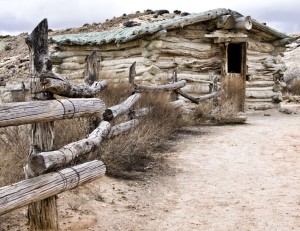 There is also a small panel of petroglyphs nearby which depicts a mountain sheep hunt from horseback. Because horses are depicted, the panel would be recent rather than ancient, since the white man introduced the American Indian to riding horses. 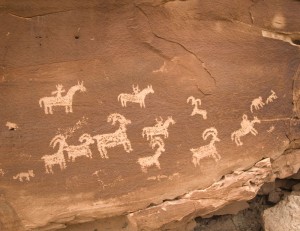 While Cory and I were in the area, we took the Delicate Arch trail for about a half mile where we could climb up to Wolfe Ranch Arch, one of several alcoves that also happens to be a class ‘B’ Natural Arch. 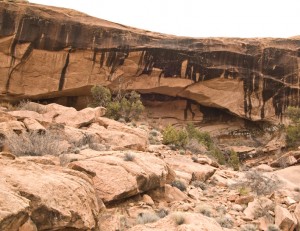 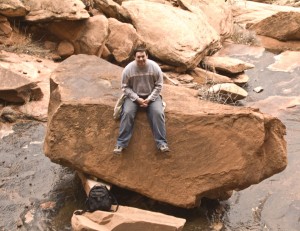 By the time we walked back to the vehicle, the sun had broken through the thin clouds so we spent some time just taking pictures along the road, on the way back to the main park entrance. 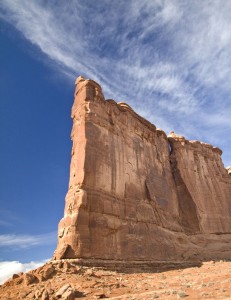 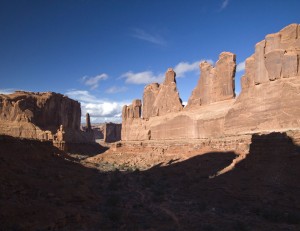 We then drove another mile down the road towards Moab before taking the Potash Road south and then west along the north bank of the Colorado River. Here I spent time taking pictures of the many petroglyphs on the sandstone cliffs next to the road. 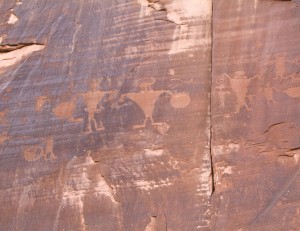 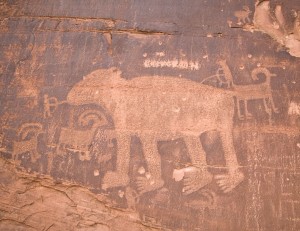 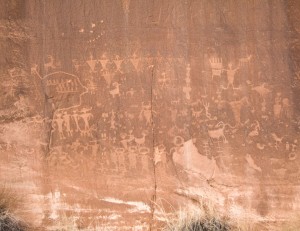 The sun was also just right to show light through Hidden Arch just across the river from Williams Bottom. 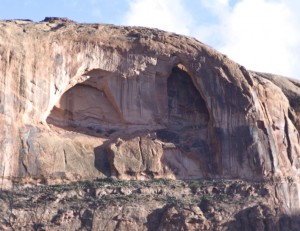 Further down the Potash Road, we also stopped to take pictures of a class ‘C’ jug handle type natural arch called Jug Handle Arch, which is at the mouth of Long Canyon. 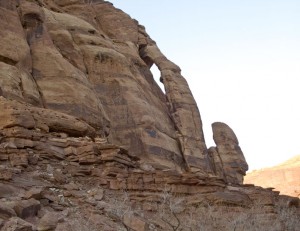 In the cliffs east of the arch were a few more petroglyphs which were almost invisible in the failing light of evening. 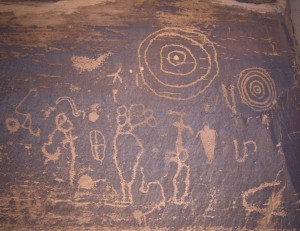 By then, it was time to drive back to Moab and get a room for the night.

The next day, we headed south towards Newspaper Rock State Park, which is located on the road heading into the southern Needles area of Canyonlands National Park. On the way, we stopped at Hole-in-the-Rock, a private tourist trap next to the highway where they have tunneled rooms into a cliff. 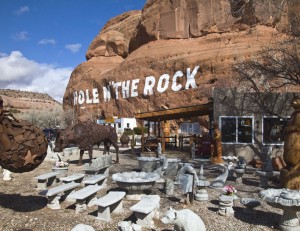 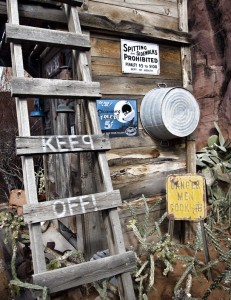 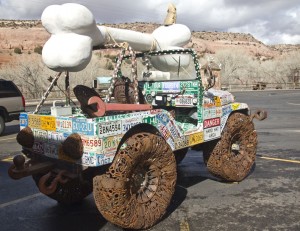 We didn’t spend much time at Newspaper Rock State Park since there were other people there and it was hard to get the pictures I wanted. We decided to stop there again on the way back. 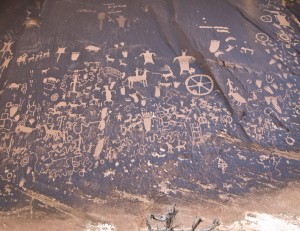 We did spend some time climbing around the cliffs on the north and east side of the road, taking pictures of the petroglyphs we could find. 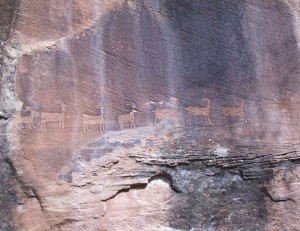 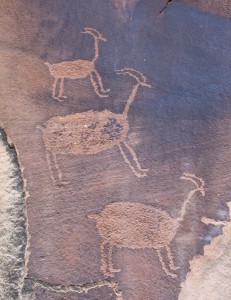 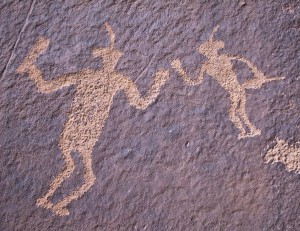 We then parked the vehicle and hiked south up Shay Canyon for a short distance, so I could take pictures of more petroglyphs. 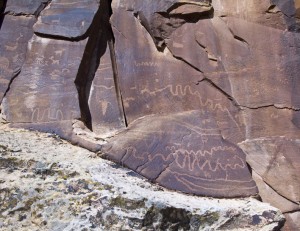 Having had our fill of hiking and headed back to Moab with a brief stop at Newspaper Rock again. 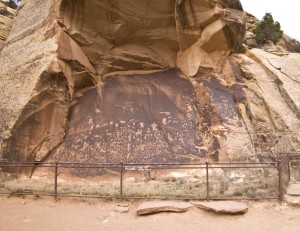 We also stopped at Wilson Arch for a few pictures since I never seem to get a chance other times that I am passing by. 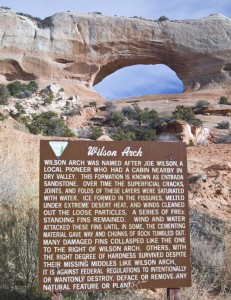 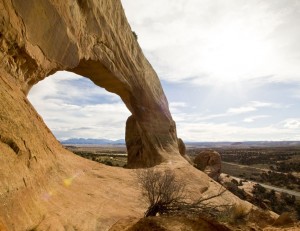 Once back in Moab, we took the Kane Springs Canyon road which allowed us to visit the petroglyphs on the south side of the Colorado River including Birthing Rock a short distance up Kane Spring Canyon. 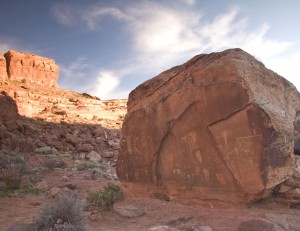 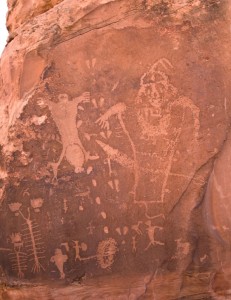 By then, the sun was disappearing and we drove back to Moab so we get another motel room for one more night. 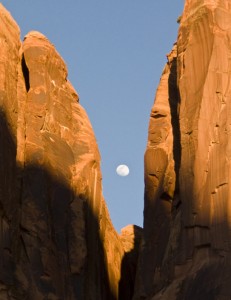 The next morning, Cory and I drove across the Colorado River bridge north of Moab and parked near the mouth of Cottonwood Wash. We then hiked up the wash for a mile or so just to enjoy the canyon and the small creek. 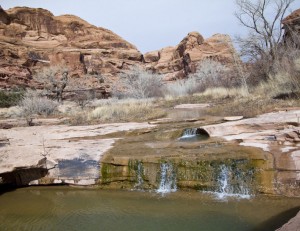 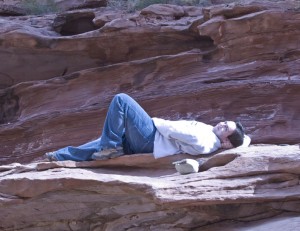 After a couple of hours, we could tell we were too tired to do much else so we hiked back to our vehicle and headed for home.

We needed longer and warmer days.