Morning found me in Bluff Utah ready for another day of exploring. After breakfast, my first stop was in Butler Wash where I hiked down to the Wolfman Petroglyphs. These are very dynamic symbols etched in the rock along the wash, and much “stronger” that what I usually encounter. 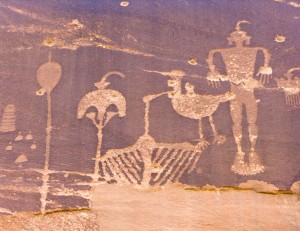 I also hiked up stream to visit some nearby Indian ruins. 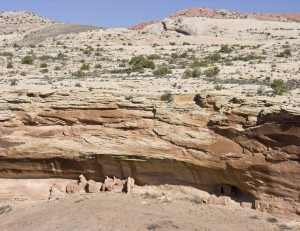 Along the way I found the Hedgehog cactus (Echinocereus triglochidiatus) was blooming. This is a really nice time of year to be out hiking. 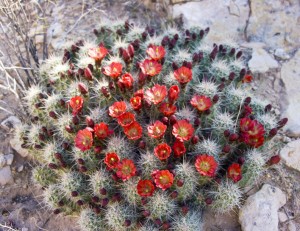 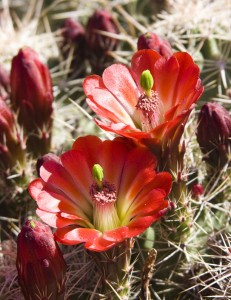 My next destination was Johns Canyon at the southern base of Cedar Mesa.The jeep trail to John’s Canyon begins just below Muley Point. 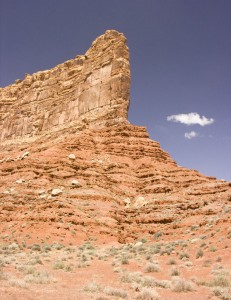 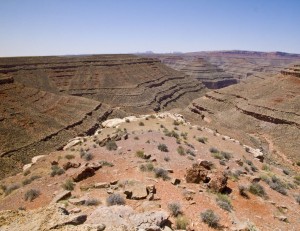 There were a few Indian petroglyphs along the way including one that seemed to guard a possible trail up to the top of Cedar Mesa. There are few areas where access to the top of the mesa would even be possible because of the predominate cliffs that define Cedar Mesa. 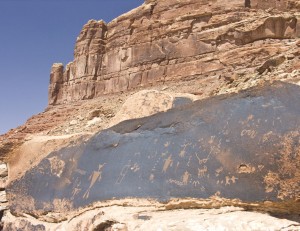 When I stopped to take pictures of some of these petroglyphs, I was visited by a friendly chukar. 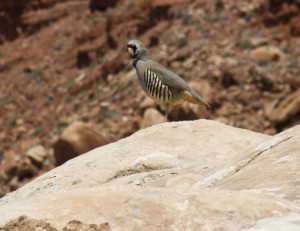 When the road finally entered Johns Canyon, I did find some water in the creek bed that was probably a year round water source. That meant that this canyon was probably inhabited by ancient Indians. I was sure that if I explored some, I would see evidence of this. However, during the few hours I was in the canyon, I didn’t see any signs of dwellings. Perhaps there was more in the upper parts of the canyon. 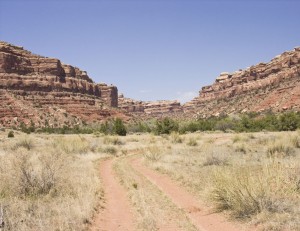 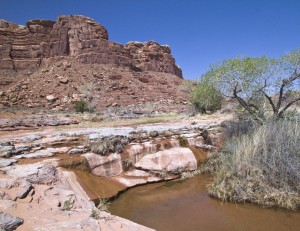 By the time I set wheels on pavement again, it was time for me to head for home. I drove back to Utah Valley via Lake Powell where I found the ongoing drought had lowered the level of the lake almost a hundred feet. Near the confluence of the Dirty Devil River, where I was used to seeing boats and water-skiers, there was now just sandstone. Hite Marina was shut down now that they were about a half mile from water. 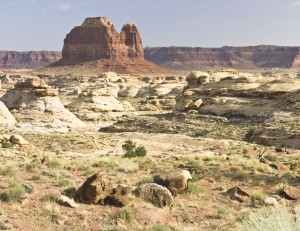 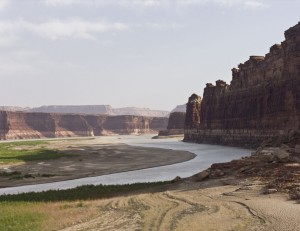 The environmentalists say that Lake Powell will never refill. My experience is that they have NEVER, EVER been right about anything. Therefore, Lake Powell will fill again… when Mother Nature is ready. 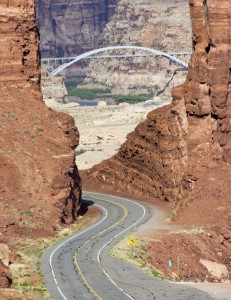 After leaving the former banks of Lake Powell, I stopped at Hog Springs to hike to the large natural alcove and take pictures of the Indian pictograph found in one small area of the alcove walls. The pictograph depicting a single individual and a dog, is sometimes referred to as the Moqui Queen. 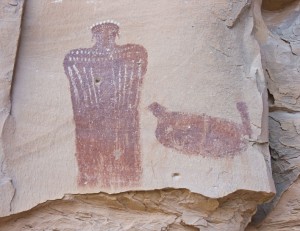 Just over four hours later, I was home again and looking forward to sleeping in my own bed again. It is always good to arrive home and find my wife, my family and my home all well. (And my wife and family are always glad to see that I somehow made it home at all!)