It was Saturday again and the day promised to be fair and warm. I picked up David in my Ford Explorer and we headed for the San Rafael Swell west of Green River Utah.

The first stop was Spirit Twin Arches at the top of a short canyon just to the north of the I-70 freeway just before the freeway cuts through the San Rafael Reef. On the way up the canyon we also took pictures of a smaller arch structure we called Tidwell Arch. 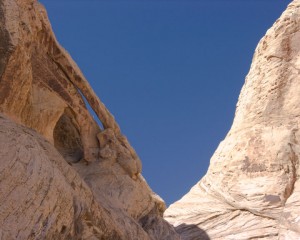 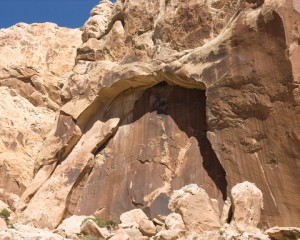 After that short hike, we then continued north a short distance to Black Dragon Wash. This canyon gets its name from an Indian pictograph that seems to depict a dragon or monster of some sort. (I always thought it looked like a large wing bird such as a sand hill crane.) After spending some time taking pictures of the Indian pictographs and petroglyphs we headed south, crossed under the freeway and drove south along the reef. 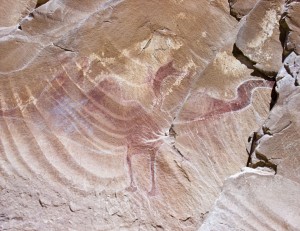 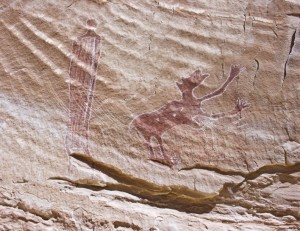 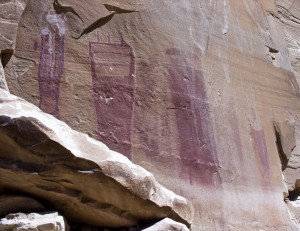 We ended the day at Three Finger Canyon where we again spent some time taking pictures of the petroglyph, exploring the short canyon with the deep water holes and just enjoying being in the great outdoors again. 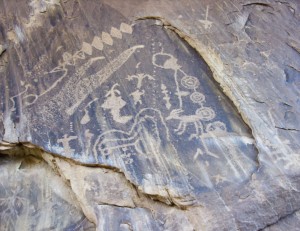 We ran into a young family there who were also enjoying the area. Their children were having a great time playing in the pools. They really wanted to jump in but as a parent, I had to agree with the kid’s parents that it was still too cold in the deep shadows of the canyon. (After they left I considered jumping in myself.)

March still has fairly short days so we were heading home long before we were ready.