March 22, 2008Written by Lynn Sessions
On March 22nd, David and I left on a day trip to explore an area we hadn’t seen much yet. From Google Earth, it looked like there was a good deal of strata that could include natural arches so we needed to see it much closer.
From Green River Utah, we drove under the freeway and out towards the Green River airport. We then took a left turn onto the Horseshoe Canyon road heading south to the San Rafael River bridge. 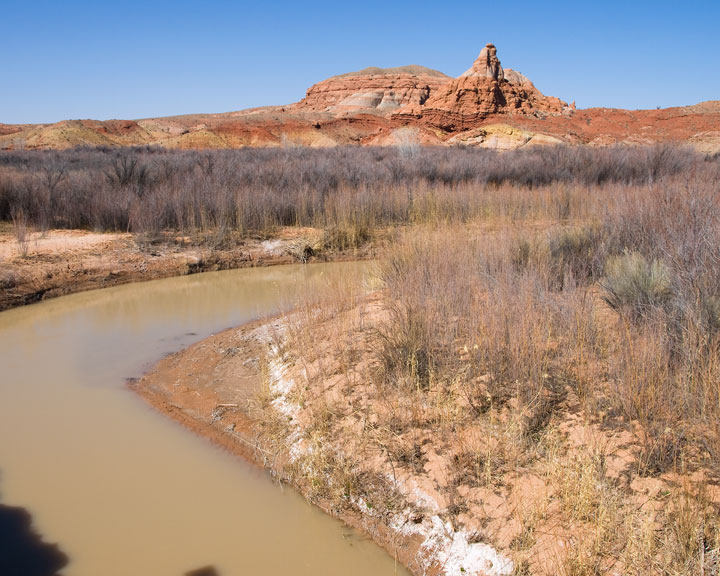 Not long after crossing the San Rafael River, we found the Saucer Basin road heading west and several miles later, another left turn to continue west. After another couple of miles we turned north on the Gruvers Mesa road which takes you to the highest point in the area, overlooking the San Rafael River to the north and The Cone to the west. Not much to see up there though it does provide a fine vista of the entire area.
We then headed back to where the road crosses Moonshine Wash and drove a short distance north to an old cattle pond. We then spent some time exploring the slickrock on the west side of the arch. Here you could examine some of the smaller “saucers” that gives Saucer Basin it’s name. The”saucers” are round rock formations that vary in size from toilet size to house size, and don’t seem to extend far above the surrounding strata. In fact, they seem to consist of the same sandstone as the surrounding rock though some are white while the sandstone is more red/orange. In one location, a “saucer” was dissected by a cliff face which seemed to show that they were almost tube like. Interesting. 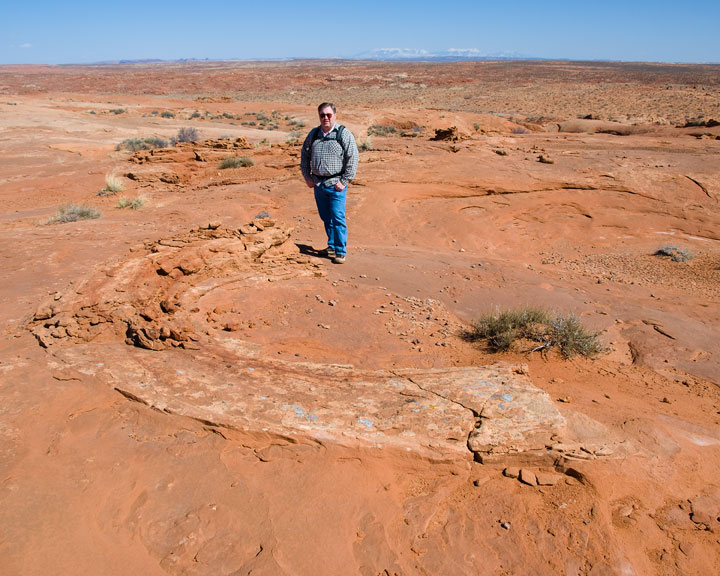 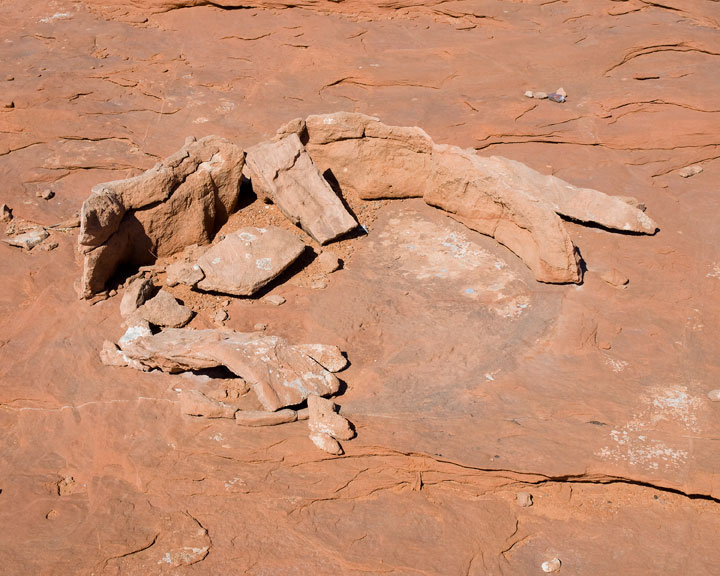 We hiked back to the vehicle by dropping off the slickrock area so we could examine some of the odd rock formations sticking out of the red dirt layers. 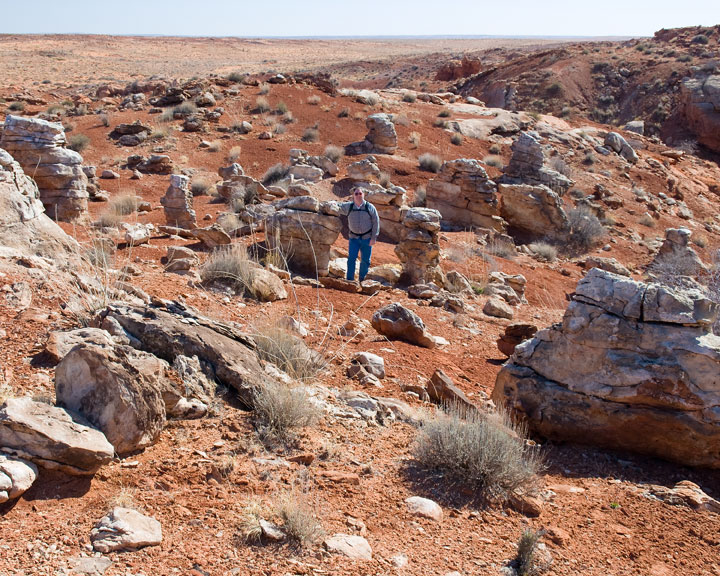 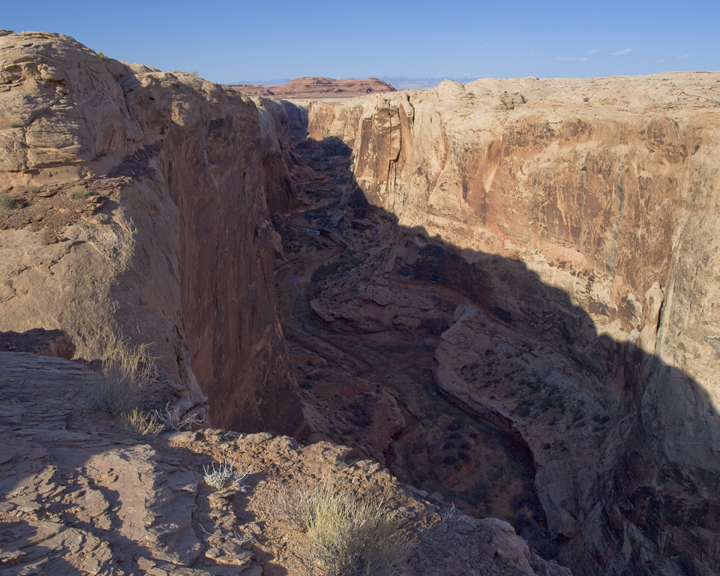 By then the day was getting long so we headed home again.