Back Into Salt Wash

March 20, 2009Written by Lynn Sessions
David and I took Friday off from our work to take the ATV’s to southern Utah and celebrate the first day of Spring. The week had been beautiful in Utah Valley. It looked like Spring had finally arrived and were anxious to just get out.
We drove down to the area west of Goblin Valley State Park just north of Hanksville Utah. We unloaded the ATV’s and drive south and west to Salt Wash, the canyon we got in trouble in two years ago. This is the place where we nearly spent the night stuck in a bog hole until four lost hikers pulled us out. We figured that driving ATV’s up the canyon was a better choice than my Explorer. 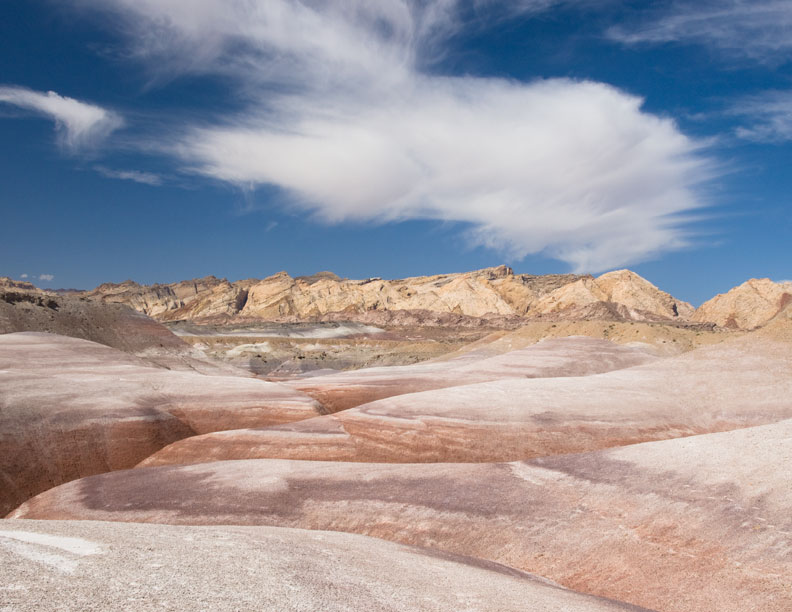 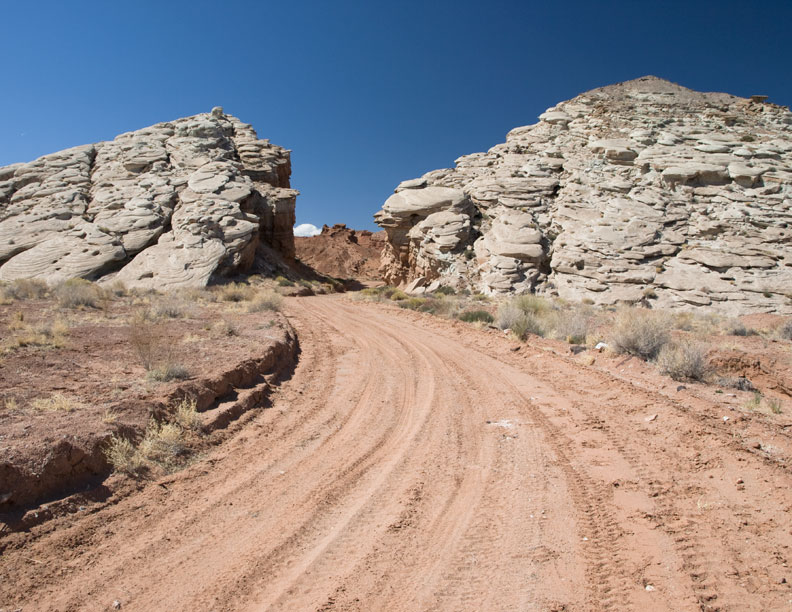 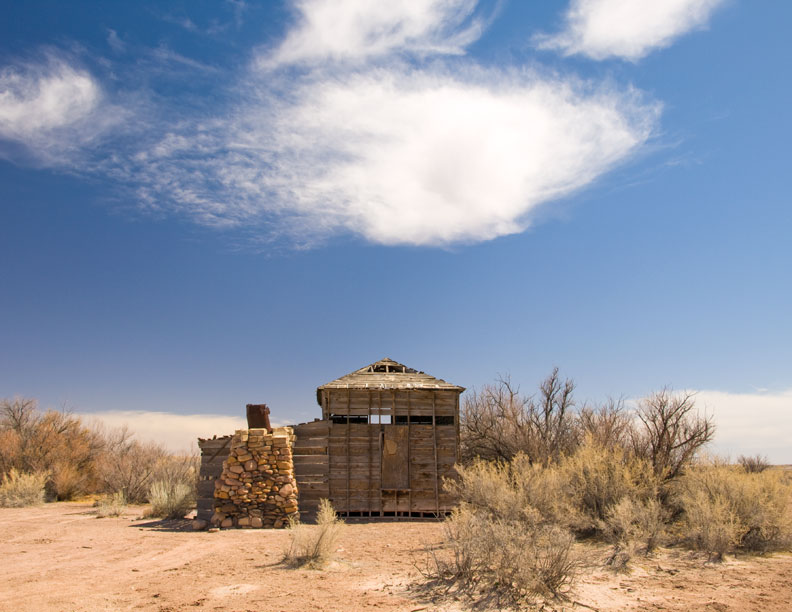 However, some time during the past two years, flash floods had restructured the entire canyon. Any trace of a jeep trail was long gone. It was a mess and a major challenge even for ATV’s.
We ate lunch at the same location we had lunch two years previously. This was the decision point before entering the mean part of the canyon. It certainly looked rougher that the last time we were there in the Ford Explorer. After a Subway sandwich, we headed across the creek and up the canyon.
We had only gone around a couple of canyon curves when the canyon narrowed and we were struggling with mud in an area where the jeep trail had been completely wiped out. I proceeded to cross the creek, making for an area that looked solid. I was about half way across the sand bar on the other side when the entire sand bar liquefied and the ATV dove into the mud. When I could see that spinning the wheels wasn’t going to get me anywhere, I lay back on the gas and the front end bobbed up again. I was now floating on a lake of quicksand!
I couldn’t believe it! Even on an ATV, I was stuck in this dang canyon again!
(However, it is nice to know that an ATV will float in quicksand.)
I tried to get off the ATV but that caused it to tip and threatened to overturn. There was no place solid that I could even jump to. So I just sat there with quicksand clear up to the foot platform.
Meanwhile, David had his own problems. He was behind me and was far enough into the creek that he couldn’t back up and out again. Against my recommendation, he was finally able to plow directly into the stream and churn his way around my sand bar to get on dry ground in front of me. We then used the wench cable from my ATV to pull me through the bog and up on dry ground again.
David in trouble on ATV in Salt Wash
Whew! That was scary. I was ready to turn around right then and there. However, David wanted to continue so we decided to go until things got bad again. There were several places that could have been bad but David managed to get through them so I followed. Lots of water and mud. The jeep trail was gone in most of the canyon and it was difficult to reach when it appeared on the banks. Most of the canyon wasn’t even recognizable.
When we got to the bog where we got stuck the first time, the large boulder that we had to work around, wasn’t even there anymore. We found it about a hundred yards downstream. Yikes!
It was a long and rough ride to finally get to Black Dike Arch. We were exhausted and still had to go back again. So much for exploring the side canyons in this area. 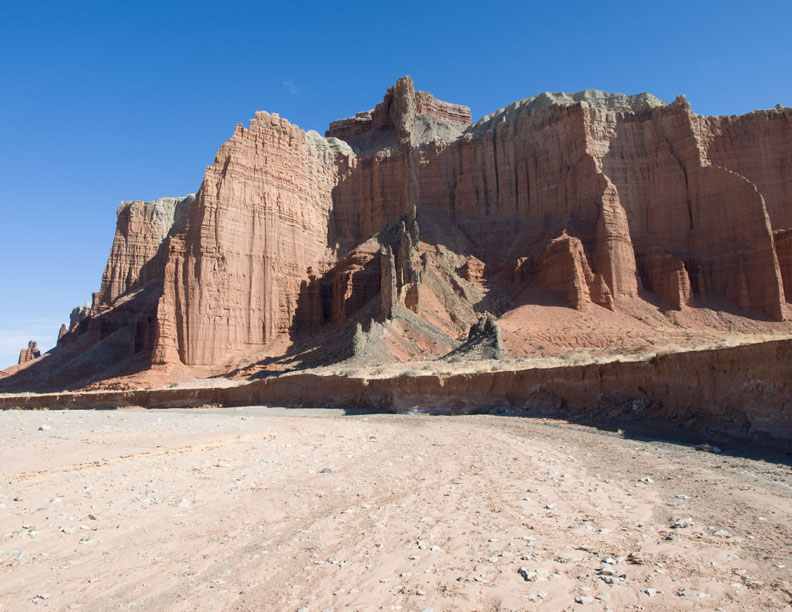 On the ride back down, we at least knew where to point the ATV’s. There were still a couple of scary points and we were able to work around the quicksand area. However, I just let myself go and enjoy the ride. I REALLY had a lot of fun! I was even singing – which is safe when you can’t even hear yourself over the engines and splashing.
It was GREAT!
It didn’t really take much time at all to get back to the “Lunch Spot” where we rested for a while before beginning the long ride back on good dirt roads. That was quite an endurance test. By the time we got back to the Explorer, we had put 51 miles on the ATV’s. OUCH!
(My right thumb – the thumb that runs the accelerator — was unusable for the next week. Couldn’t use a pen. Couldn’t zip up my pants. Couldn’t turn the key to start the car.)
It was a mighty tall Mountain Dew that got us home that night.
2009 Trip Reports