Saturday morning, David and I loaded up and headed for the hills southwest of Moab called the “Behind-the-Rock” area. There was a threat of rain in the area so we weren’t surprised to see a big black cloud hanging on the La Sal Mountains east of Moab. However, I had already decided I was going anyway. The only question was whether I would be wearing sunscreen or riding the ATV with an umbrella. Either way, I was going!

As it turned out, the day was very pleasant with some clouds but the big black cloud stayed on the mountain until late afternoon when it finally moved south and missed us anyway. I wore sunscreen and REALLY enjoyed the day. 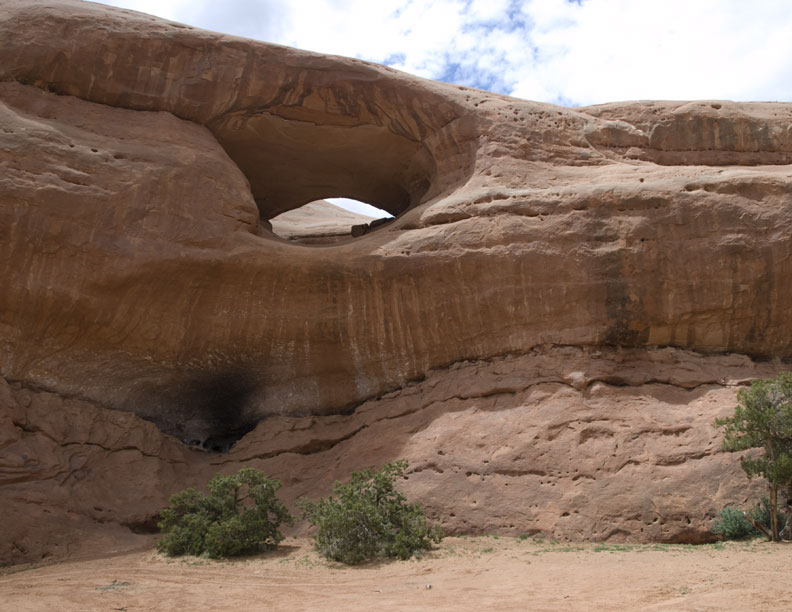 We circled the butte at least once before getting our bearings for the next road we were looking for. We continued driving west on the Pritchett Canyon road for several miles before taking a south jeep trail that took us to Farview Arch. We had been here years ago but our memories were kind of fuzzy about the location until we saw the arch and could remember the area. 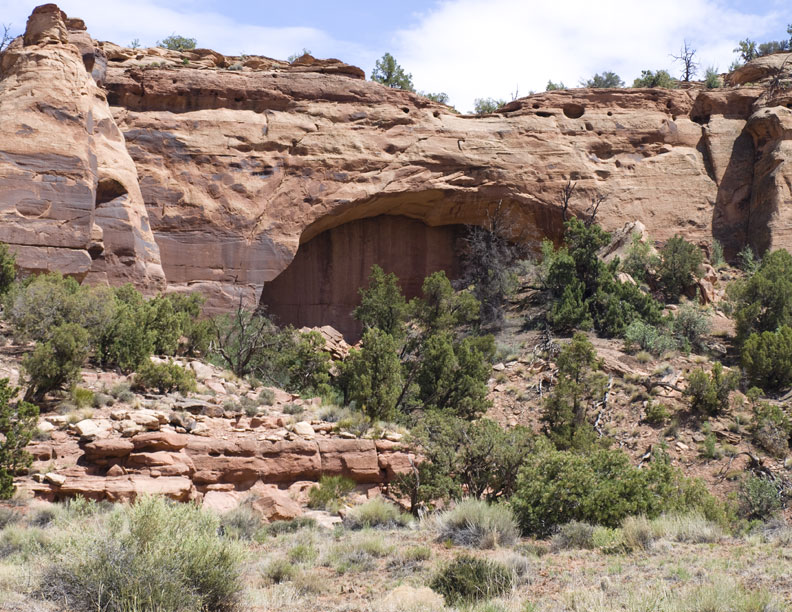 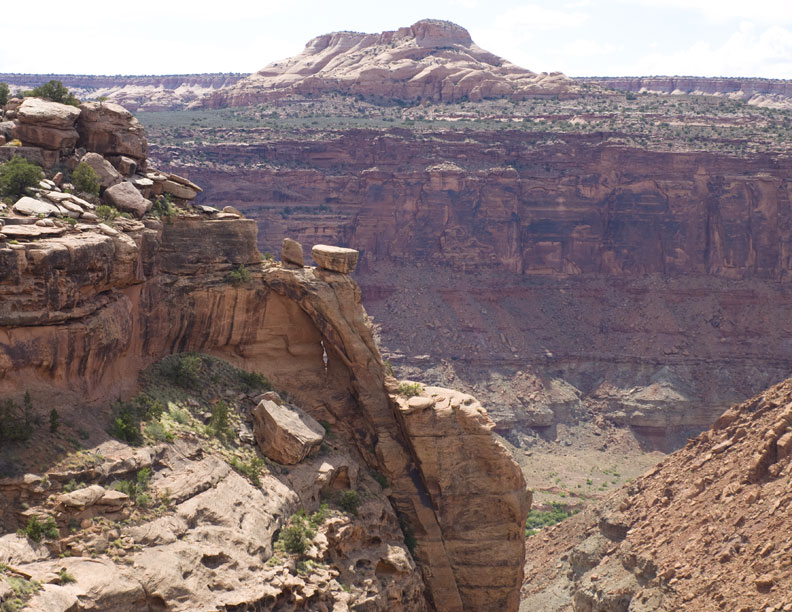 Along the way, we found quite a bit of road and trail damage from the storms on the Memorial Day weekend. We were glad we hadn’t tried coming down last weekend. It was a mess! In fact, in the canyons near Green River Utah, they were rescuing people with helicopters. At least one family lost their vehicle when it was parked in the bottom of a wash while they went hiking.

At the same time, the wildflowers and cactus were all in bloom. At least those that didn’t get washed away, enjoyed the rains. However, the No-See-Ums were out and the temperatures were in the 80’s. We were glad to be down here before it got too hot.

By early afternoon, we were on our way down the Pritchett Canyon road, past Road Bend Arch to the Hunter Canyon area. 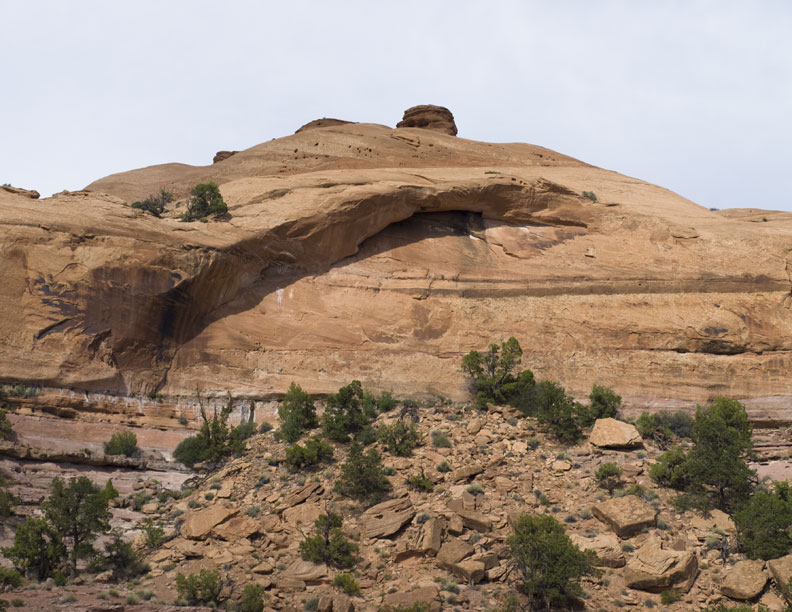 We parked the ATV’s at the trailhead for Pritchett, Cummings and Wigwam Arches. We climbed up the trail but instead of hiking north to the arches, we headed west for a little over a mile so we could look down onto Halls Arch (sometimes called Halls Natural Bridge though it really isn’t a bridge). It was good to get out and stretch our legs to do some hiking. 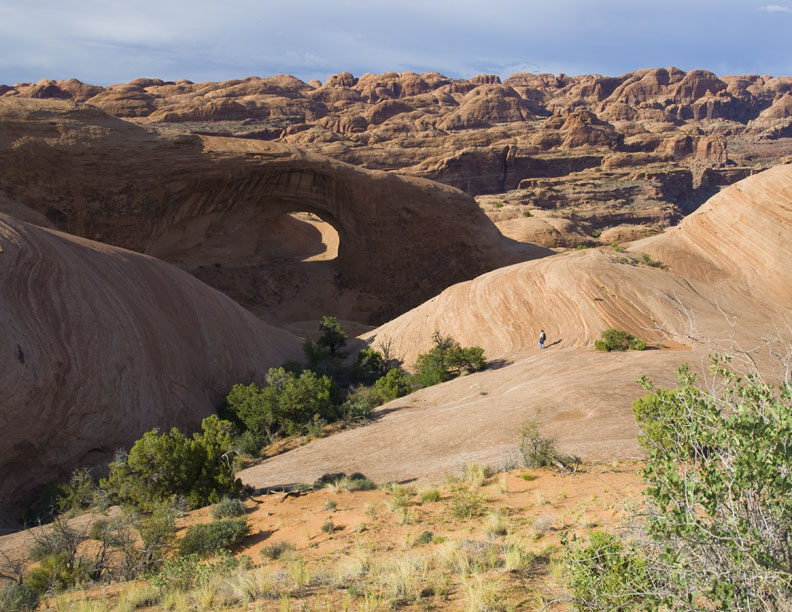 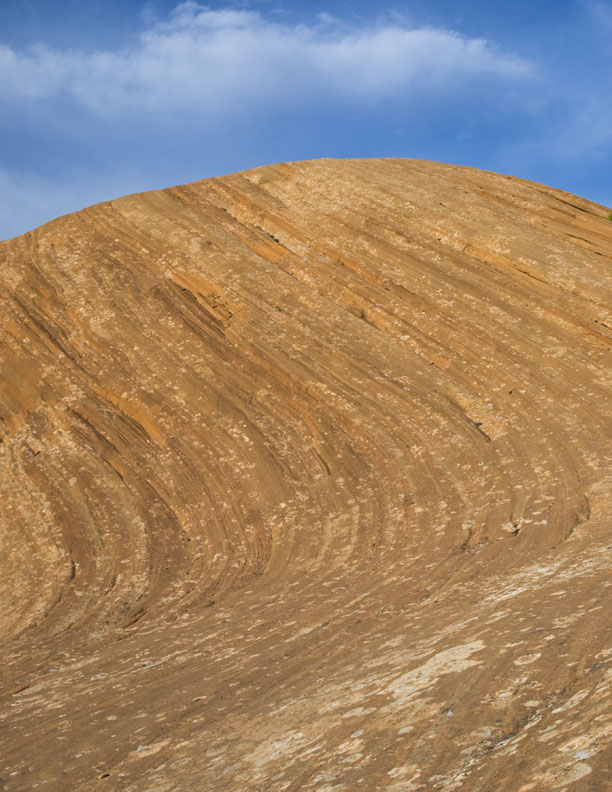 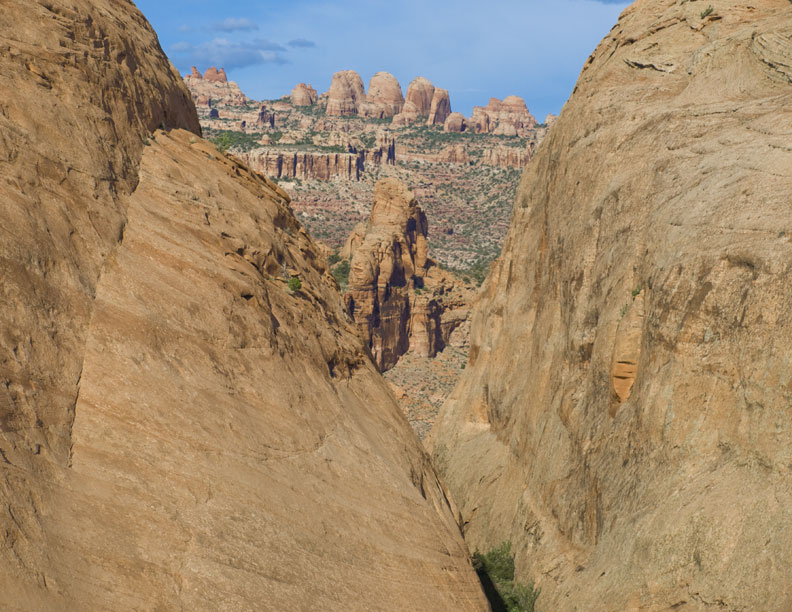 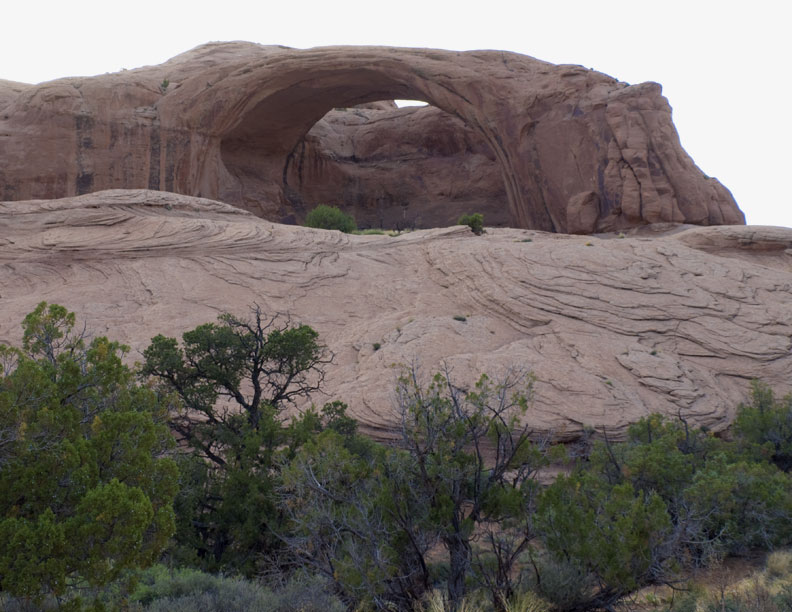 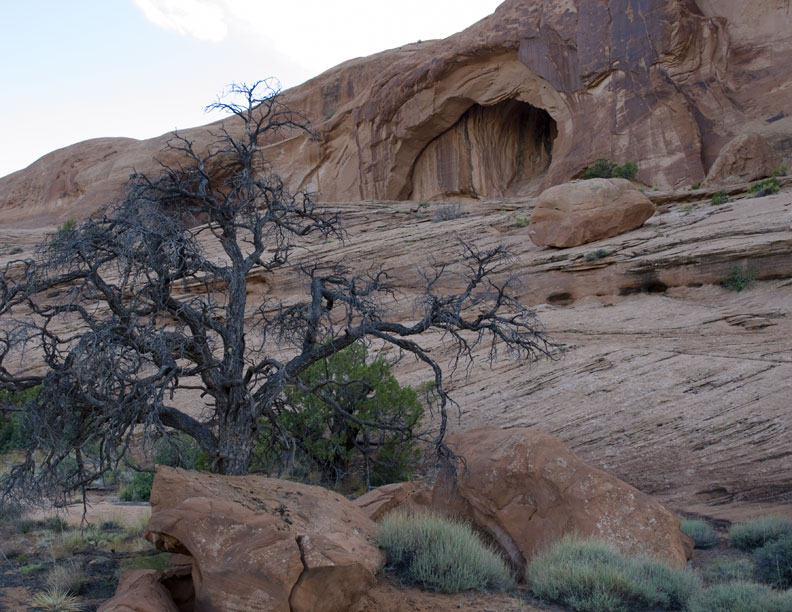 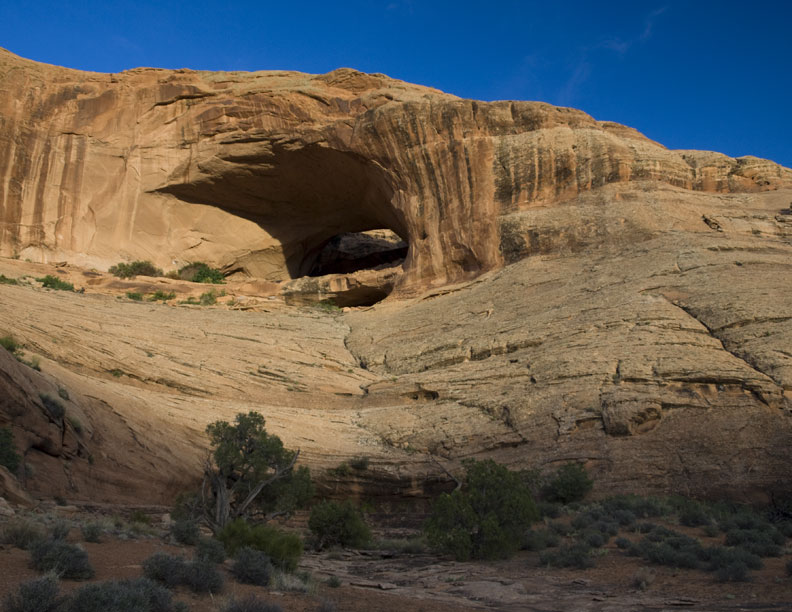 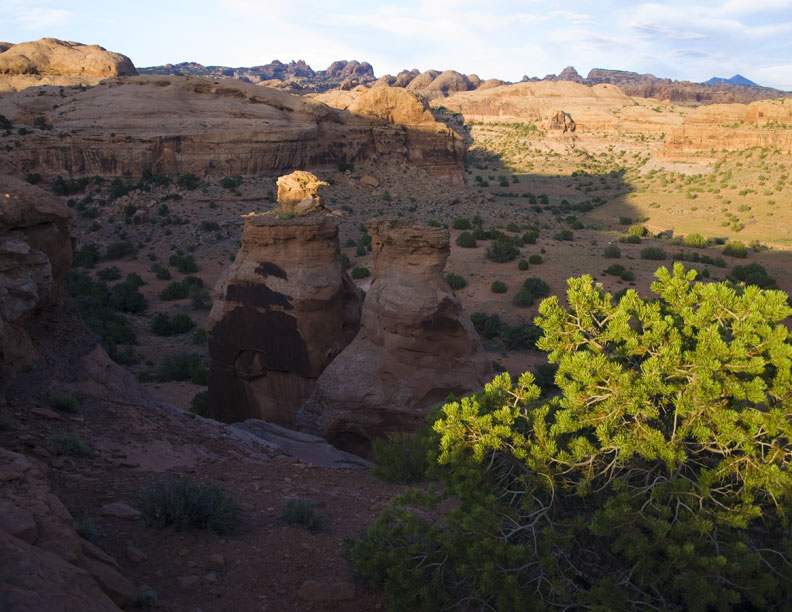 By the time we were ready to leave, the sun was heading down. It was 15 miles of trail back to the vehicle and half of that was after dark.

Still it was another beautiful day in the hills! I love it!