The weather looked warm enough for David and I to grab the ATV’s and head for Moab Utah on Saturday. We parked at the $5 ATV parking area next to the highway, just north of Moab, and headed up the dugway to Little Canyon.

We stopped to take pictures at all of the arches along the way but the first place we want to go was Bride Canyon, just off of Little Canyon. A tall monolith gives the canyon its name and there is even a nearby arch called Bride Arch. 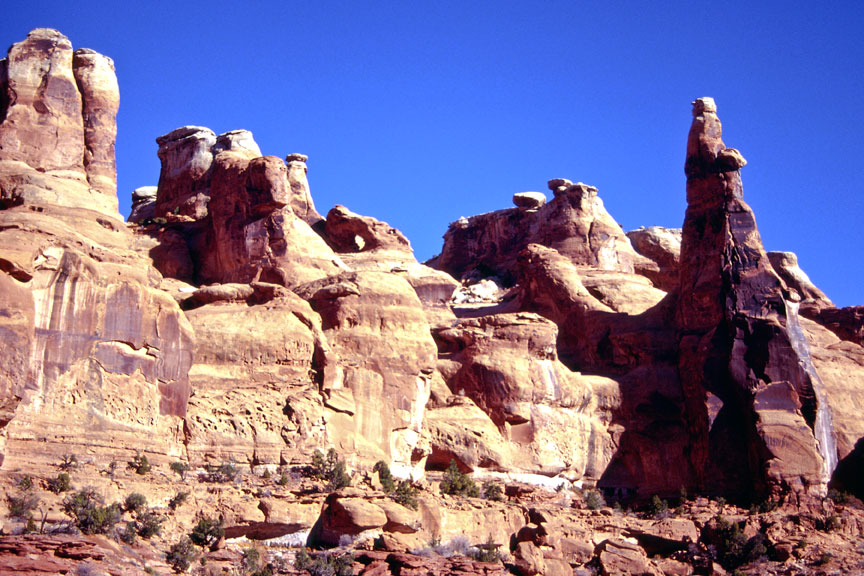 We were certain that we could see light through the back of an alcove up a short side canyon. We finally had to climb up to it to be sure. It wasn’t an arch but we were able to see another small class D arch from the alcove.

The next stop was at Gemini Bridges. Here we ran into a lot of other traffic including BLM officers. There were other ATV riders, some motorcycle riders and a few jeepers. You used to be able to drive directly to the bridges but now it requires a short hike down to them. From the top, it is mostly just a big hole in the ground. We needed to drive into the canyon below to get better pictures, but that would have to wait for another day. 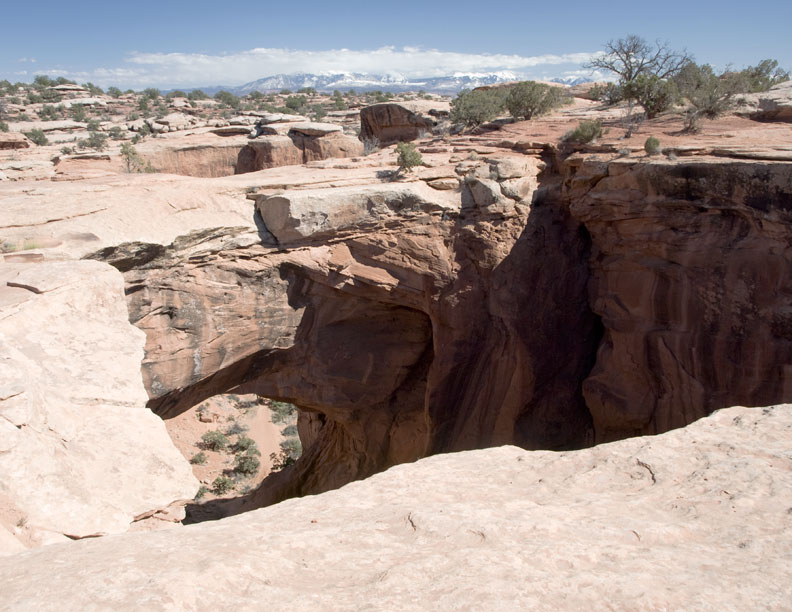 Then we were off to Four Arch Canyon in nearby Crips Hole. We were glad to see that this road was still open but were surprised to see a ranch house down there. (How long has it been since we were down there?!) We drove all the way up the canyon taking pictures of Mosquito Arch, Bullwhip Arch, Shadow Arch and Crips Arch. We ran into several ATV riders but for the most part, we were alone in the canyons. 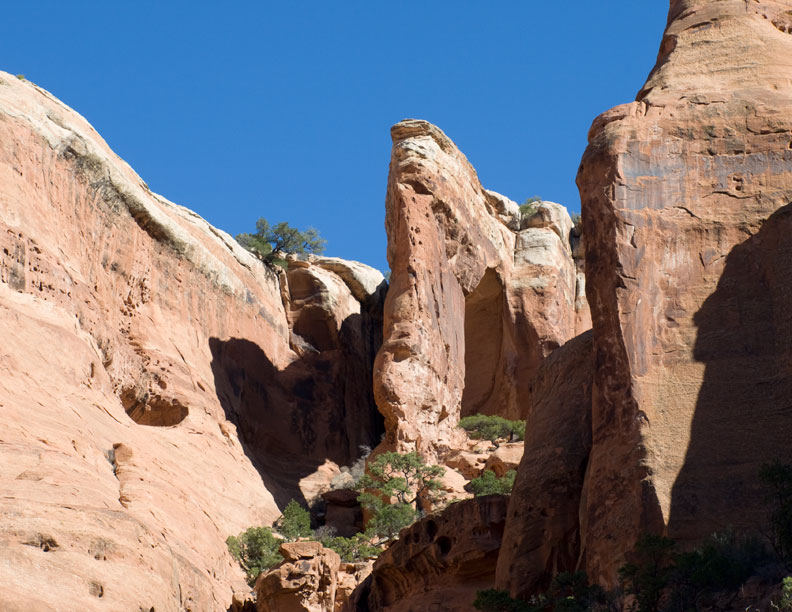 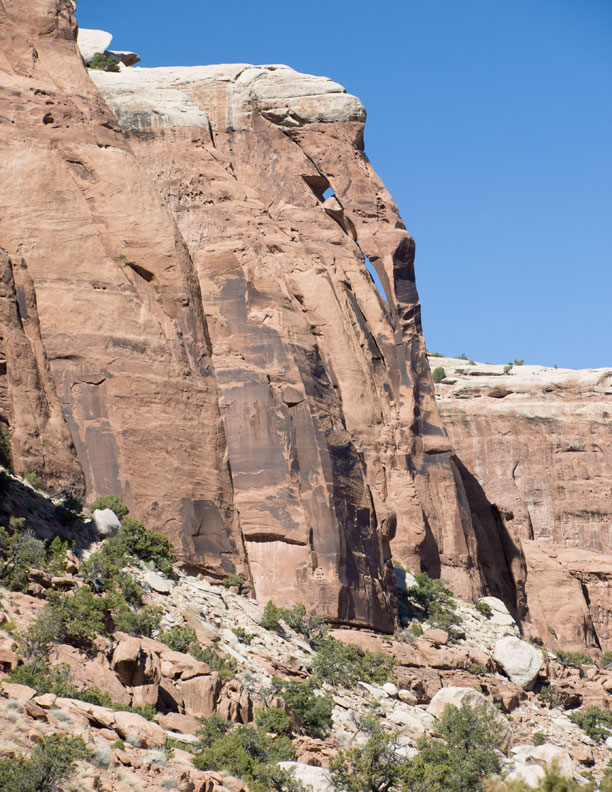 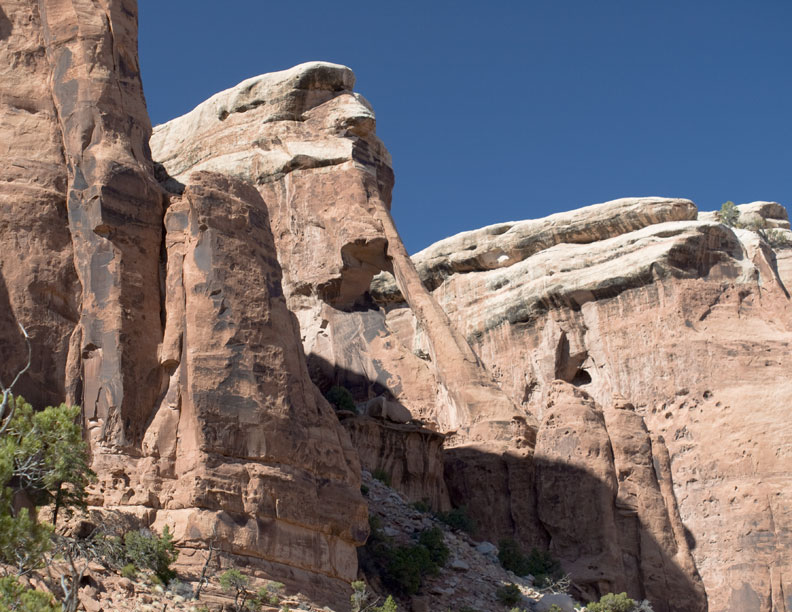 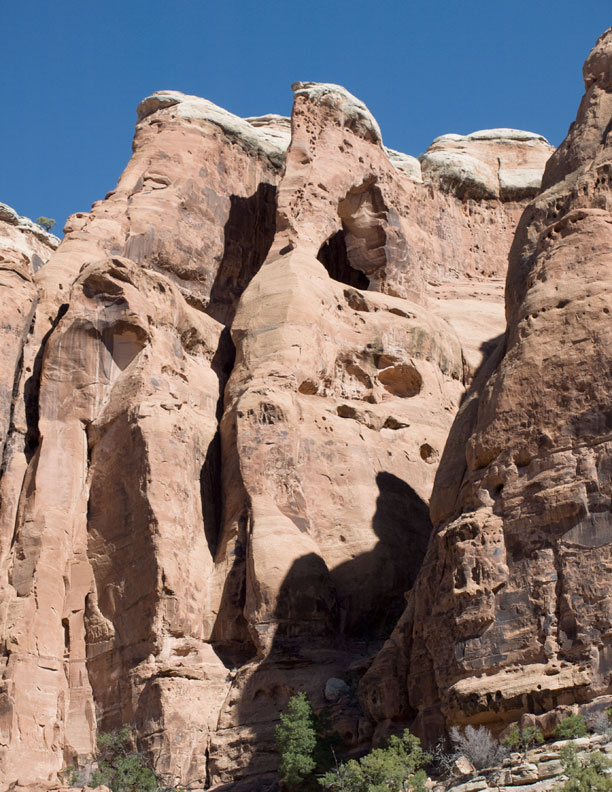 On the way out, we stopped to hike up another side canyon to the west of Crips Hole so we could take pictures of Broken Bridge Arch. After riding most of the day, we needed to stretch our legs a bit. 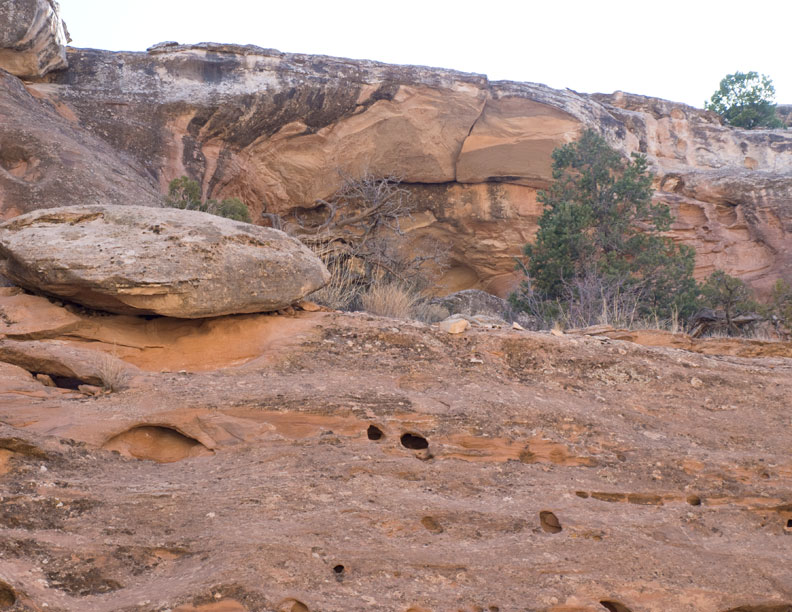 We then explored the other trails in Crips Hole which allowed us to find Boulder Bridge again. I wasn’t exactly sure where it was. We found it once years ago. 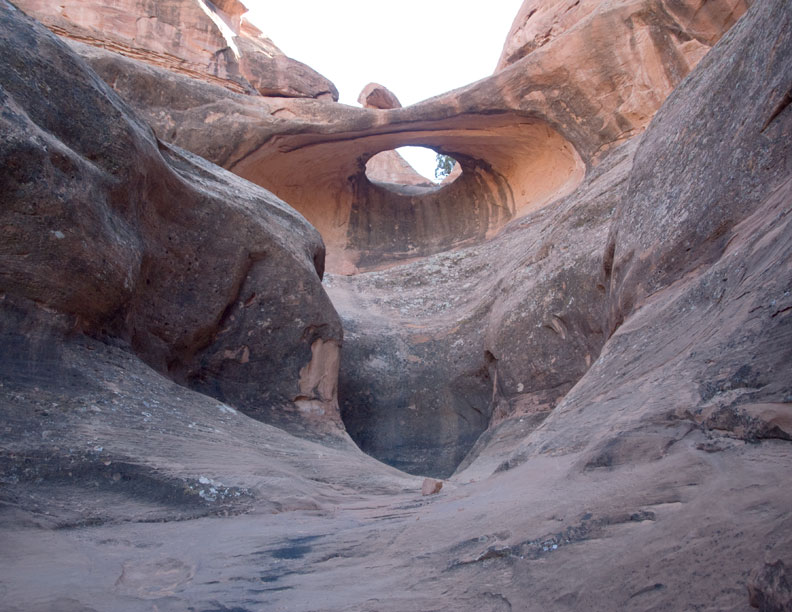 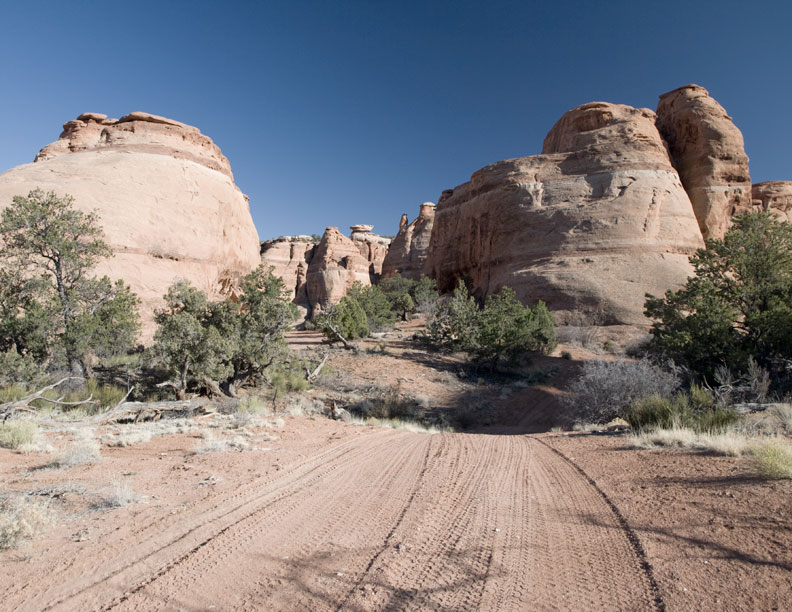 We then decided that that day was growing long and it was starting to get cold. We headed back to the vehicle many miles away.

We rode the ATV’s 31 miles that day and my throttle thumb was unusable for another week.