Comb Ridge and the Posey Trail

Saturday morning, after breakfast at the “Old Tymer Restaurant” in Blanding Utah (that seemed appropriate), David and I gassed up the ATVs and headed west to Comb Wash, just past the road cut through Comb Ridge. We found an old camping site north of the highway and unloaded the ATVs. We then rode north and northeast to the mining dugway up Comb Ridge. 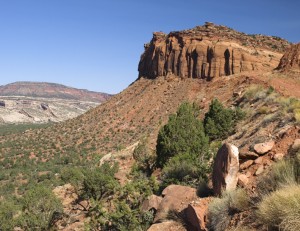 About half way up the dugway cut, we found Posey Trail Arch, a large class ‘C’ cliff handle arch, high on the cliff above us. 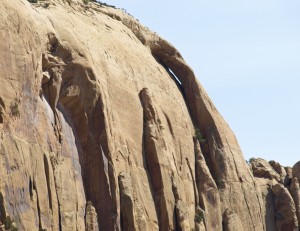 We also noticed some Indian pictographs in an alcove above the road but I couldn’t see a good way to access them.

The trail up the dugway was rough with a lot of loose rock. I wouldn’t want to take my Ford Explorer up there but it wasn’t too bad on the ATVs. Just when I thought we had reached to top, we entered a long alley cut deep into the sandstone. This was VERY rough and even tricky in a few spots. 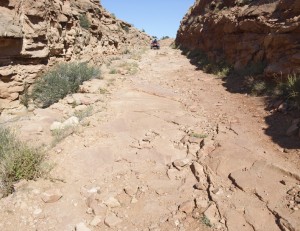 Once on the top of Comb Ridge, we took a well traveled dirt road south. It was obvious that the main access for this road was from the east side of Comb Ridge since we saw several cars in the area before the day was over. (There was no way they were going to make it up the dugway!) 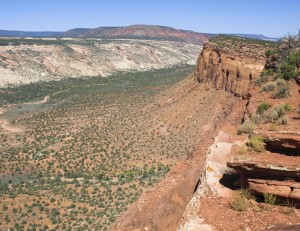 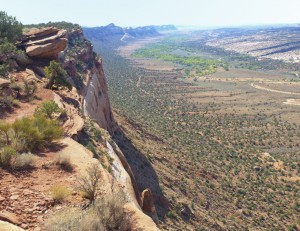 The road travels near the spine of Comb Ridge and is called the Posey Trail. It ends not far from the highway cut through the ridge and just above the Butler Wash Indian ruins. We explored several dirt roads on the way back that took us along the top of Butler Wash but we didn’t find anything interesting along the way. 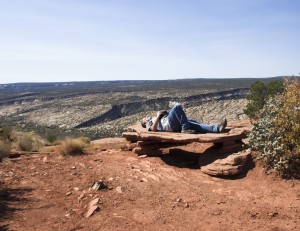 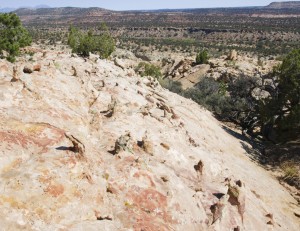 We then drove east to the head of Butler Wash and hiked down to some Indian ruins called Tower House Ruins. There are not large ruins but there is one very well preserved square tower. 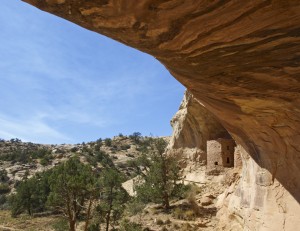 If we would have had more time and energy, it would have been nice to do some more hiking down Butler Wash. Instead we climbed back to the top and continued on our ATVs. 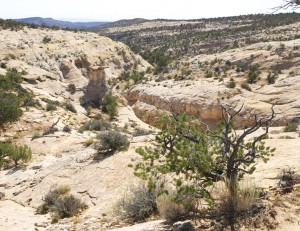 We explored some dirt roads heading north to Whiskers Wash but it didn’t look too interesting from our viewpoint. The area we were in was called “Cheese and Raisins” but except for a minor rock spire, it wasn’t that interesting. Instead we head back down the Comb Ridge dugway.

On the way down the dugway, we again stopped to take pictures since the light had changed. We noticed two hikers proceeding down a ledge above us, when I heard one of them whistling. They were obviously looking for Indian petroglyphs and pictographs but I don’t think they knew about the pictographs that we could see from the dugway. 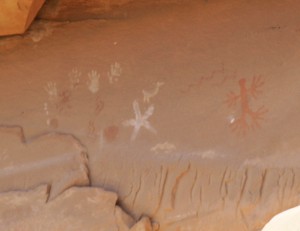 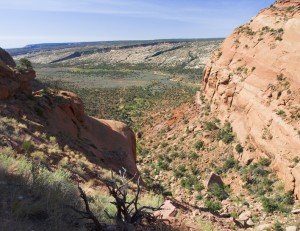 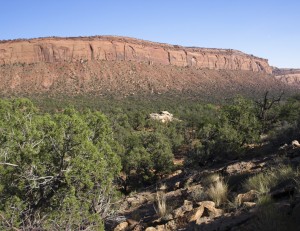 At the bottom of the dugway, we took the dirt road to the north which took us further up Comb Wash. Here we could access several side canyons to the west. I climbed into one of them but couldn’t see anything of interest. 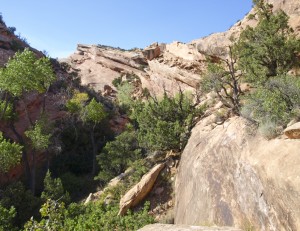 The second one included Comb Wash Cave, a very large alcove cave but NOT a natural arch. 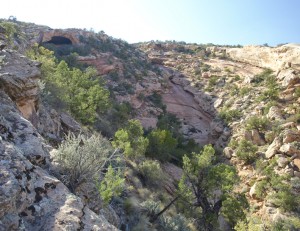 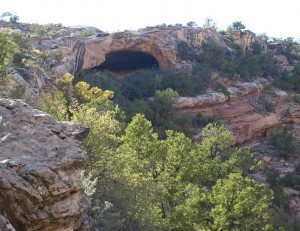 By this time, it was time to head back again. Total ATV mileage for the day: 33 miles.

After two days on ATVs, we were tired and decided to head for home.We stopped only long enough to take a picture of Hotel Rock and to pick up caffeinated sodas. 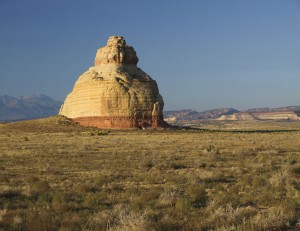 From this part of Utah, it was a six hour drive to get to Utah Valley and our own beds. That would also give us all day Sunday to rest up before going back to work on Monday. (Talk about sleeping in church!)