Saturday morning, April 18th found David and I heading for the San Rafael Swell area again. We parked just down the road from where we parked when we drove the Devil’s Racetrack. This time we unloaded the ATVs and headed for the Swasey Cabin. 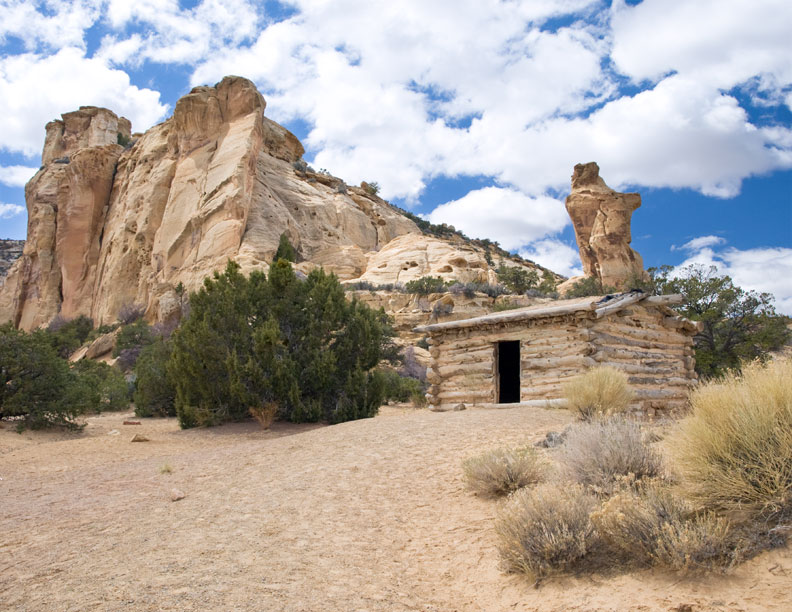 After taking some pictures around the cabin, we headed down the Eagle Canyon trail. This was a jeep trail that I had driven down years ago. I also remember hiking down the trail with my son Cory once. This time I was driving an ATV and I was glad I was. The trail is now a rough ATV/dirt bike route that I would not take a jeep down. Even hiking would be rough now.

At the bottom of the canyon, the trail was much nicer. It was 2.25 miles to Eagle Canyon Arch, a class A jug-handle style arch where we stopped for lunch and a rest. It was a mostly sunny day with a few puffy clouds so conditions for pictures was perfect. 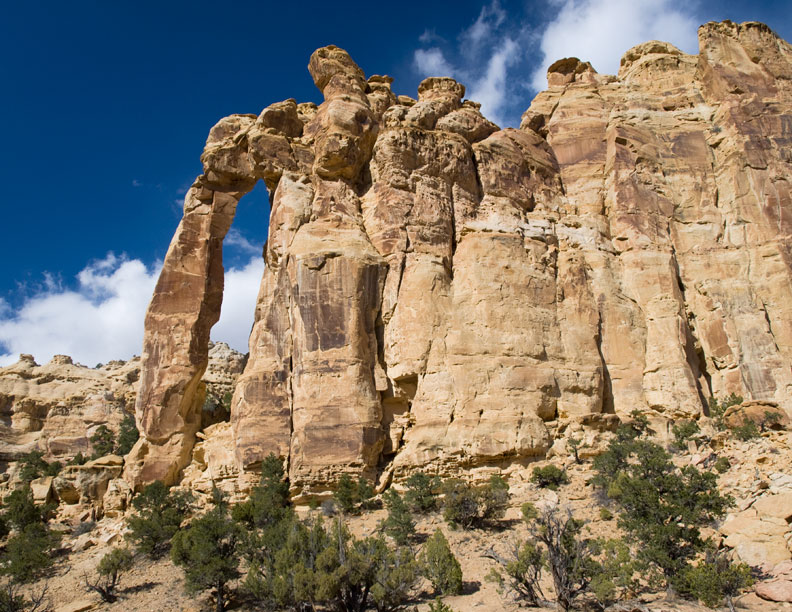 Just around the corner from Eagle Canyon Arch, I was surprised to see a road enter from the south. I didn’t remember any trail that direction but we decided to drive it on the way back.

We had a brief stop at nearby Golden Arch (small class D arch) and then down the trail which passed under the I-70 bridges. 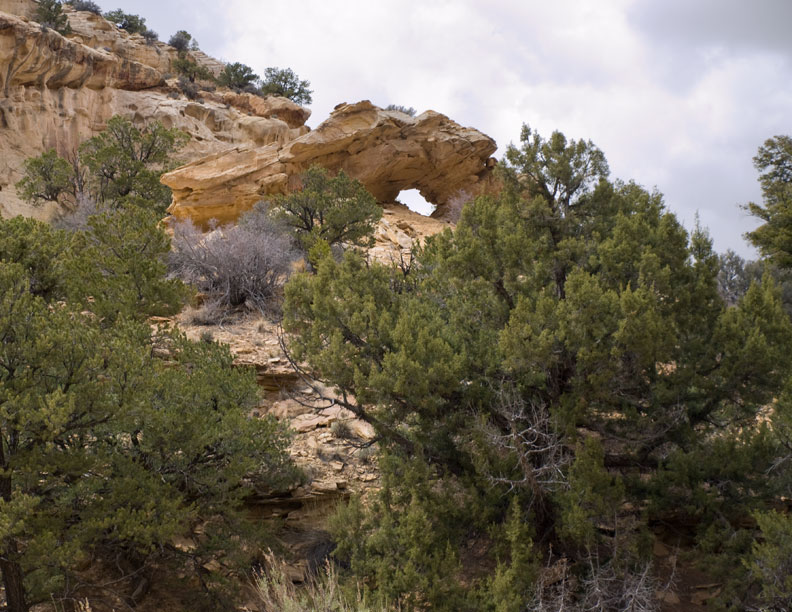 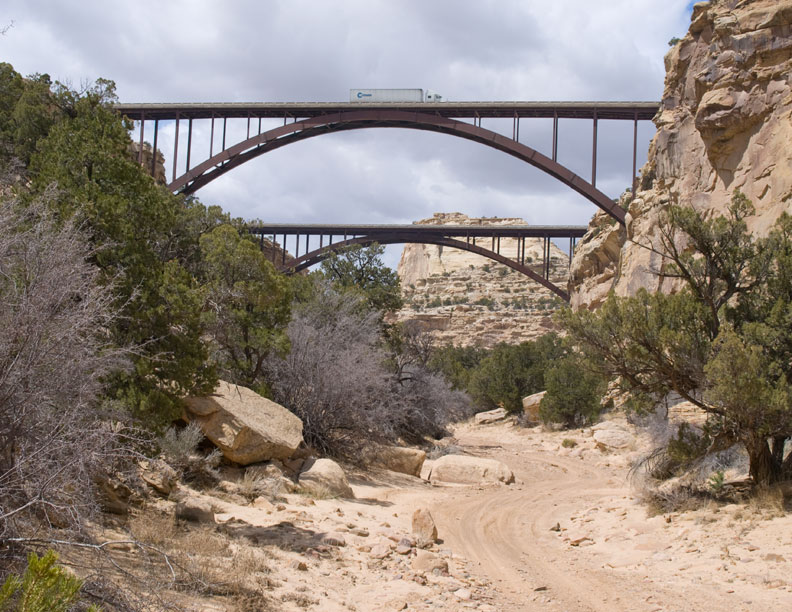 Further down the canyon is blocked by rail fences and the options are right towards the top of South Coal Wash or left up out of Eagle Canyon to I-70. We decided to go left just to see what options were available from the I-70 ATV trailhead. While that area opened up options for other ATV trails, there was no trail that would allow us to loop back to the vehicle again. We headed back down into Eagle Canyon again.

On the trail back we had a light shower from black clouds that were skimming by. However, we were able to dodge any real rain all day long. It was cool enough that I had to wear a jacket all day. We passed several ATV groups of two or three bikes but for the most part, the canyon was empty.

When we were back under the I-70 bridges and almost back to Golden Arch, we decided to explore a side canyon to the south that had promises of natural arches and gave us a chance to do some hiking. The canyon was wonderful… but no natural arches. We did find an interesting balanced rock but mostly we just enjoyed the quiet and solitude. 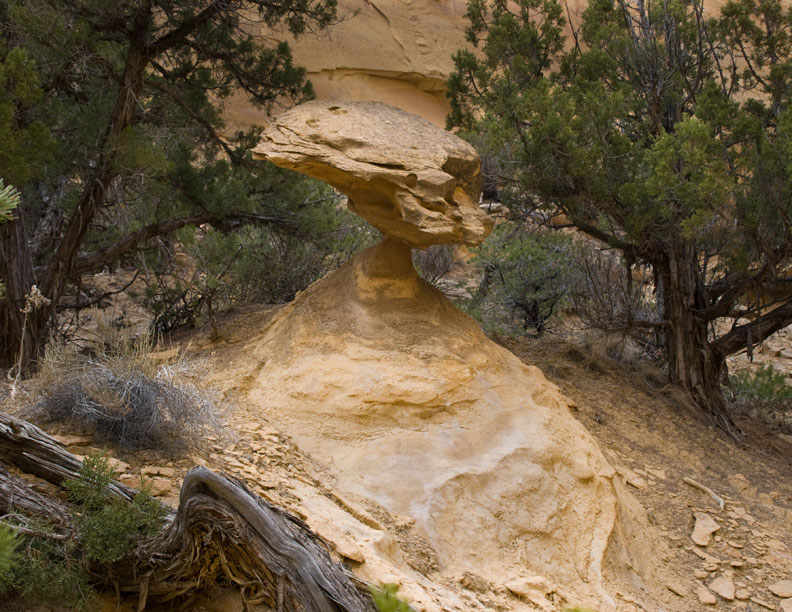 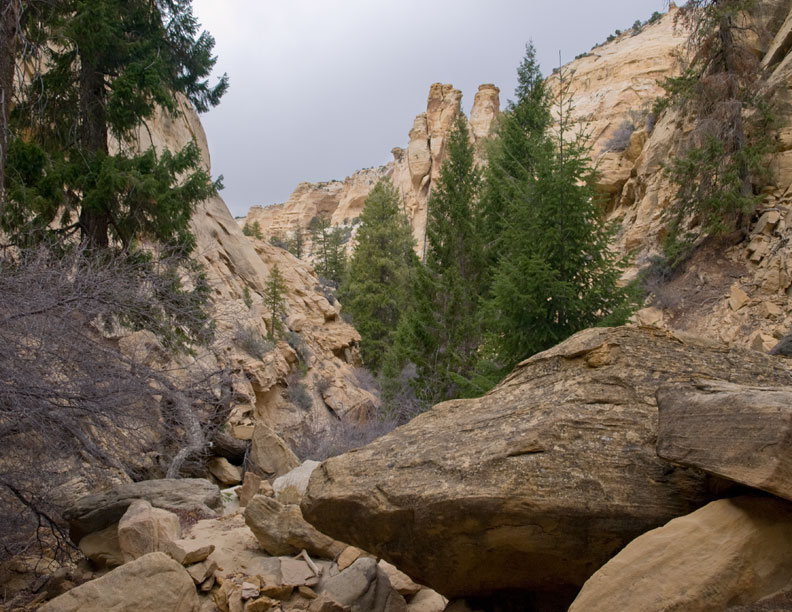 Back on the Eagle Canyon trail again, we took the jeep trail which took us out of Eagle Canyon through another canyon that was new to us. What great scenery! I took a LOT of pictures! Once out of the top of the canyon and into an area called Rod’s Valley, we did find a class C cliff wall arch that I had never seen in any documentation. 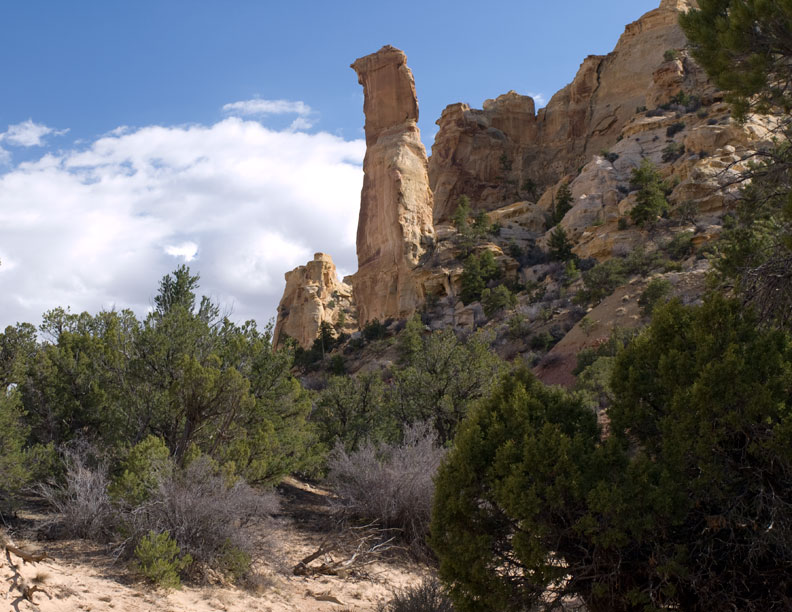 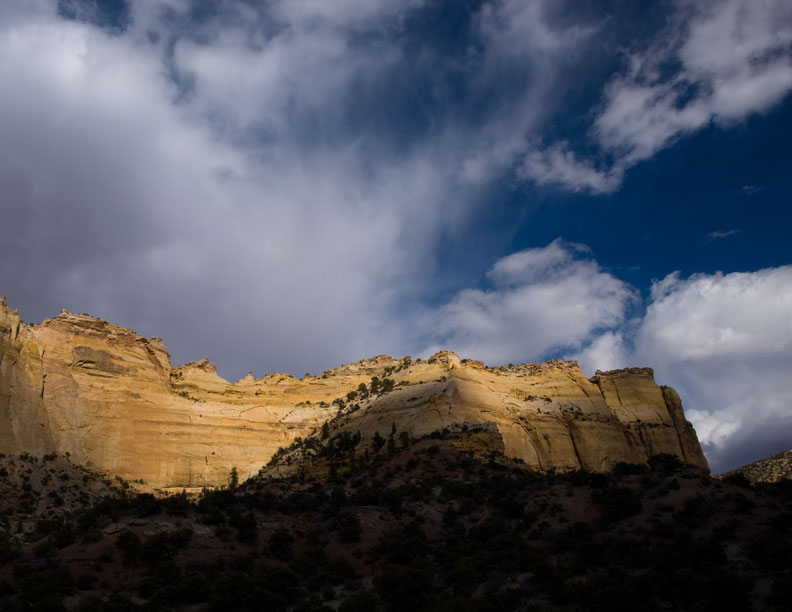 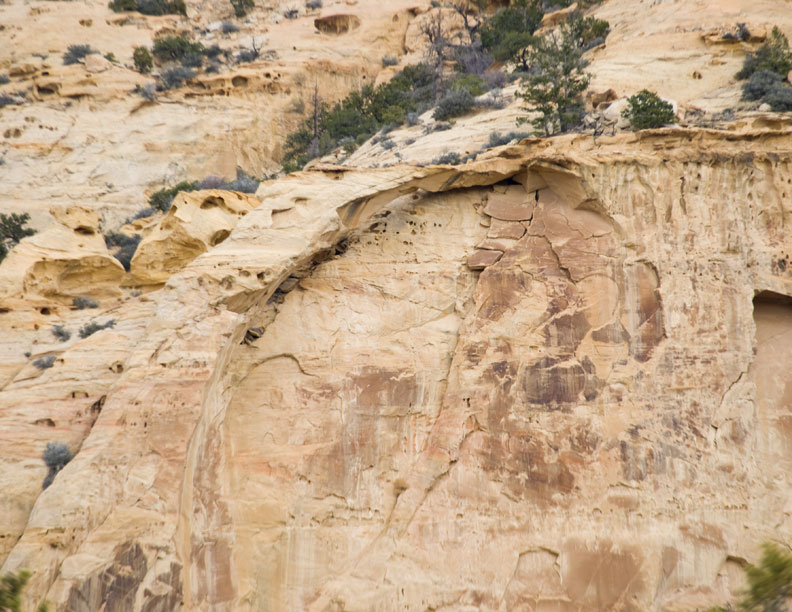 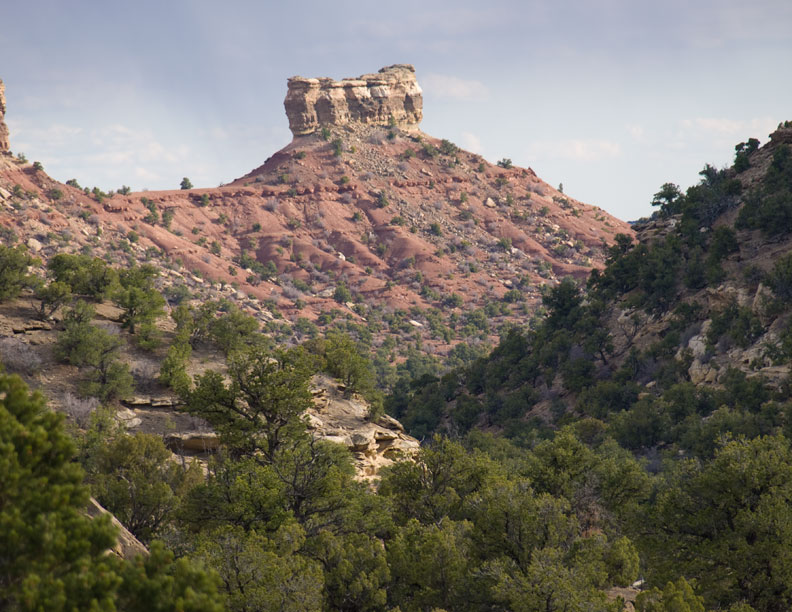 The sun was going down but I took a few minutes to explore a side road to the north of Swasey Cabin that included a petroglyph called “Lone Warrior”. David had gone on ahead so I hurried to get a few pictures before catching up with him further down the main road. 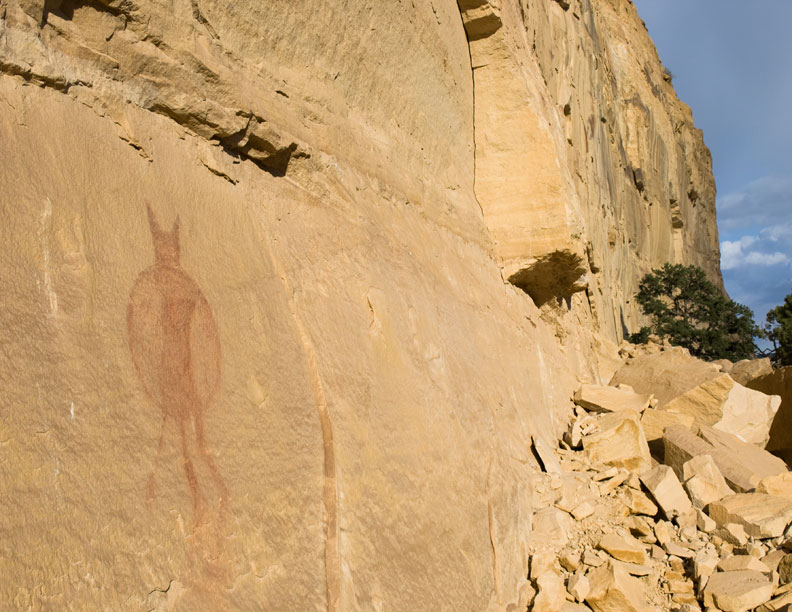 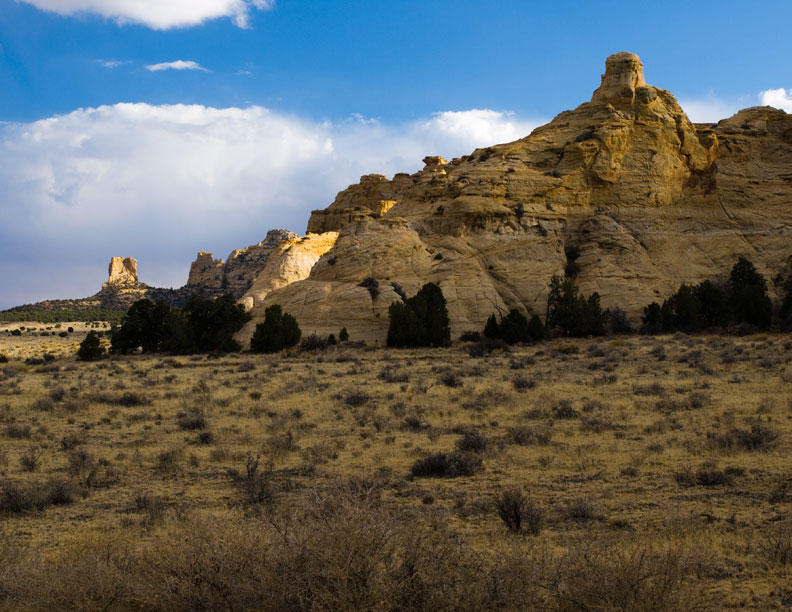 By the time we had the ATV’s loaded, the breeze was cold and I was ready to sit on something that didn’t bounce around.

For the day, we drove the ATV’s a total of 37.1 miles. I was sore for the new few days after that trip.