David and I loaded up the ATV’s Saturday and headed to the San Rafael Swell, north of Goblin Valley. We unloaded in the Temple Mountain parking area just to the south of Temple Mountain.

We first visited the Miner’s shacks which are falling apart badly since the last time I was there. Still, they make for some good pictures with Temple Mountain in the background. 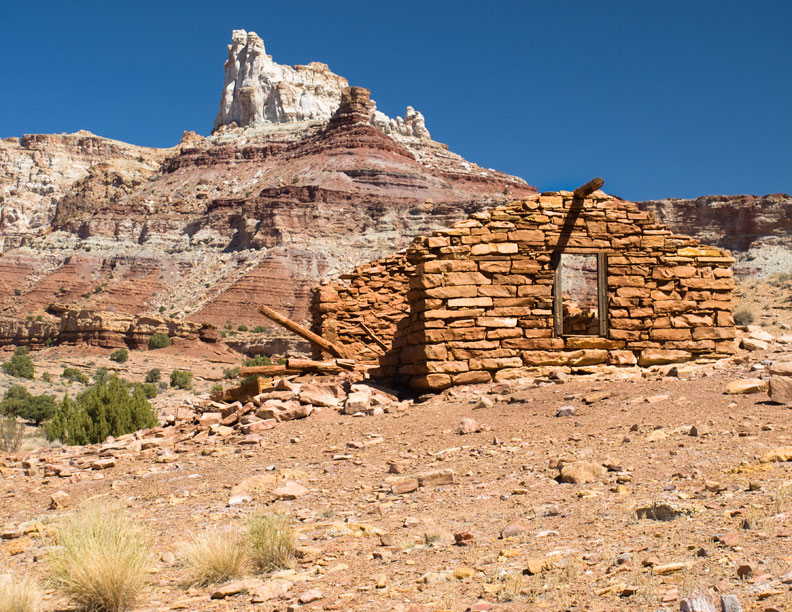 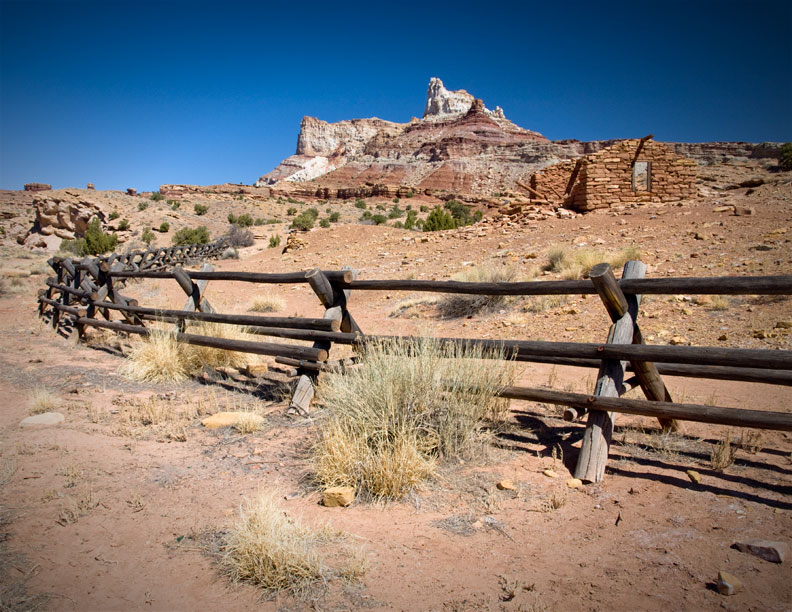 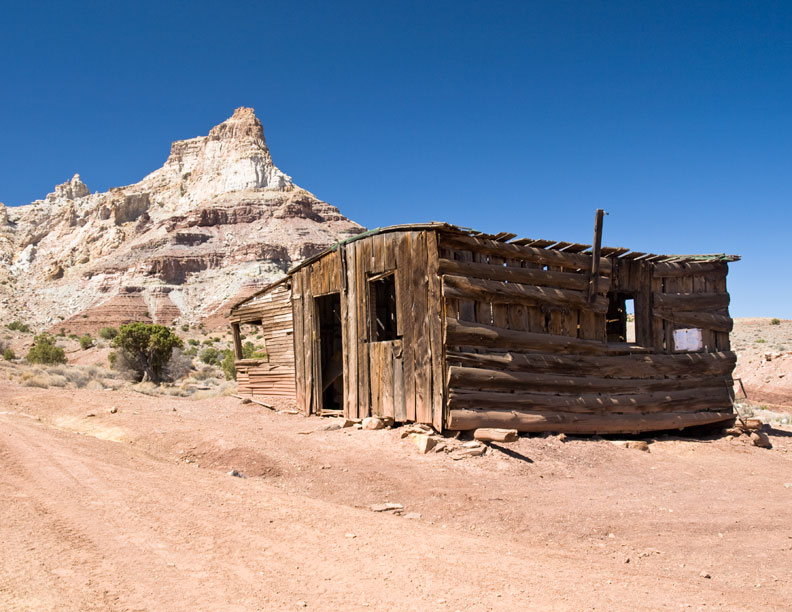 From here we wanted to take a jeep trail that we had taken several years earlier, that would take us to the top of Farnsworth Canyon, about a half a mile to the north. However, we were surprised to find that the trail was now only a single track motocycle trail, closed to all other vehicles. Now THAT was agravating.

As we sat at the trailhead contemplating the problem, a group of five motocross motorcycles blew past us and up the trail. We had no choice but to head east down North Temple Wash. 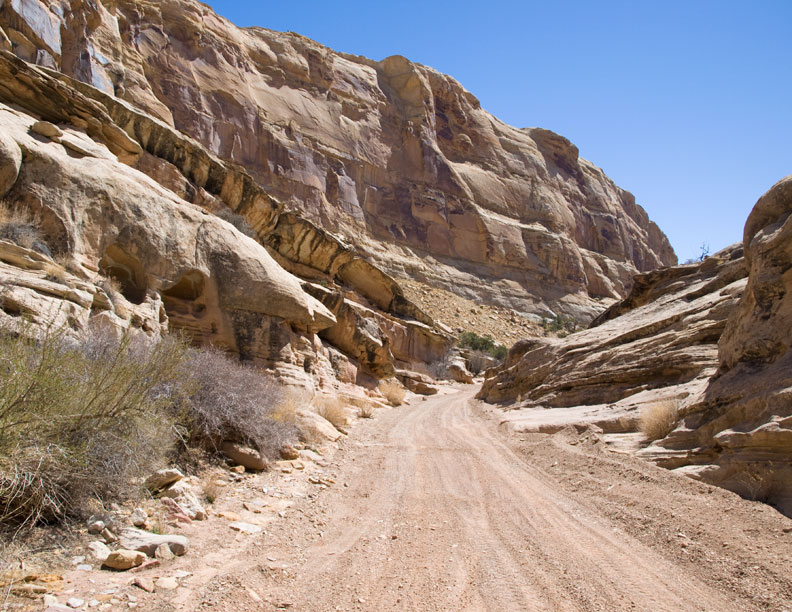 Once we hit the dirt road that ran along the east side of the San Rafael Sweel reef, we turned north. We made quick stops at several former homesteads or cabins where only the fireplace remains. 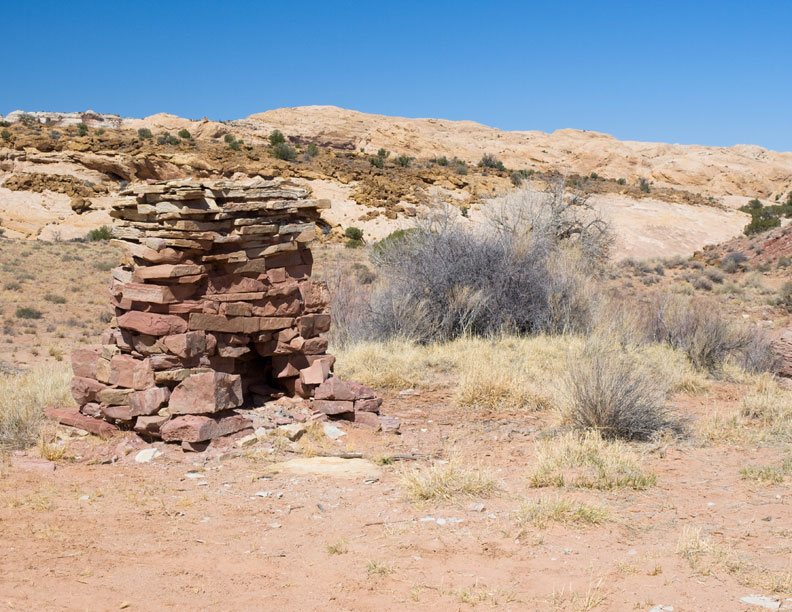 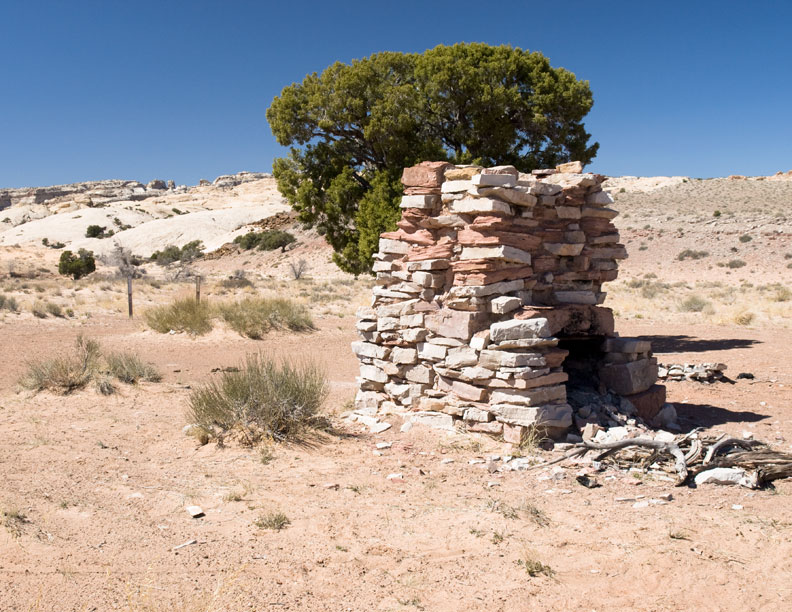 We stopped at Iron Wash for lunch on a sunny rock and to examine the 1894 signature of J. A. Watt on the sandstone. I don’t know if the signature is legitimate or not. 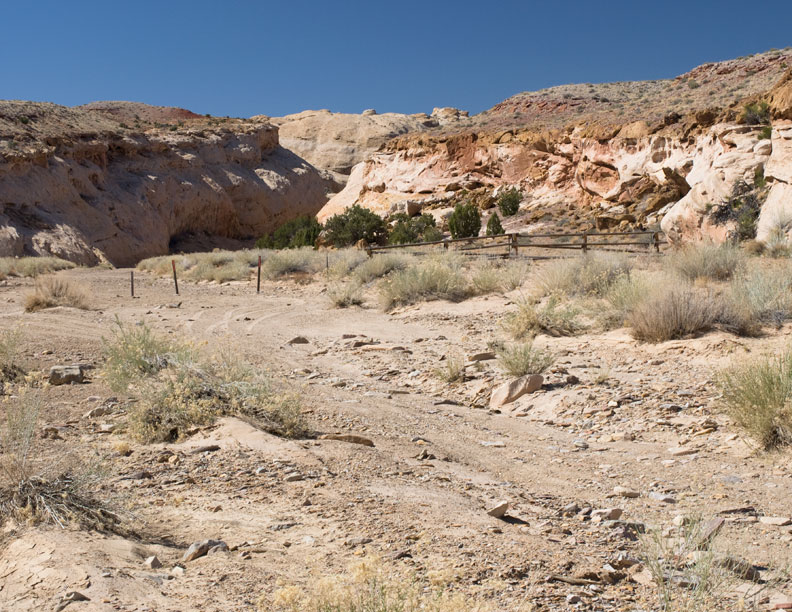 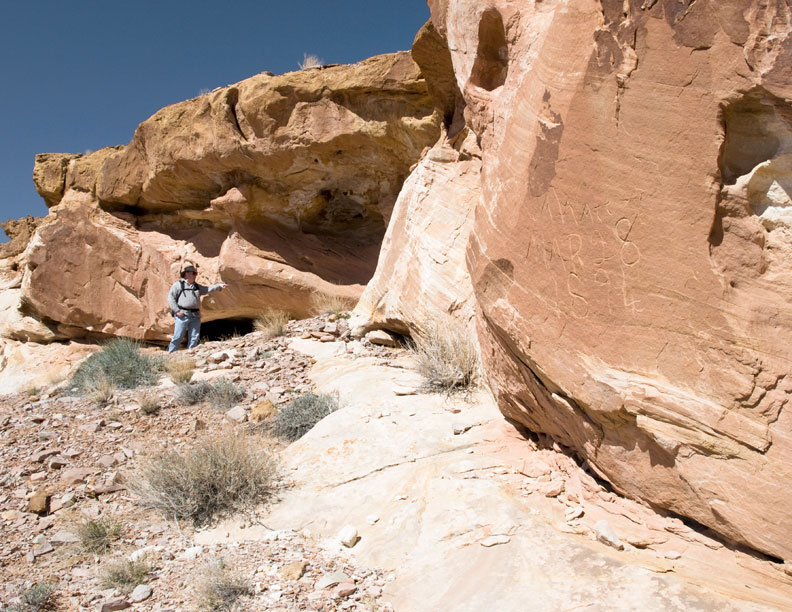 We did manage to find one trail that wasn’t closed by one of those BLM Carsonite plastic posts. From the end of the side road, we hiked up to an overlook into Iron Wash and a lateral canyon that ran north towards Ernie Canyon. That gave us a chance to stretch our legs a bit. Then it was back on the ATV’s were we continued northward until we arrived at Ernie Canyon.

A number of years ago, it had looked like the “powers that be” had closed Ernie Canyon to vehicle use. This was foolish since the trail up Ernie Canyon was completely in the dry sand drainage. Even vehicle tracks would disappear every time it rained and no damage was being done at all. The BLM (or someone) had built a log barrier across the wash which added an additional two miles before we could even get to the area that we wanted to hike. Bummer. 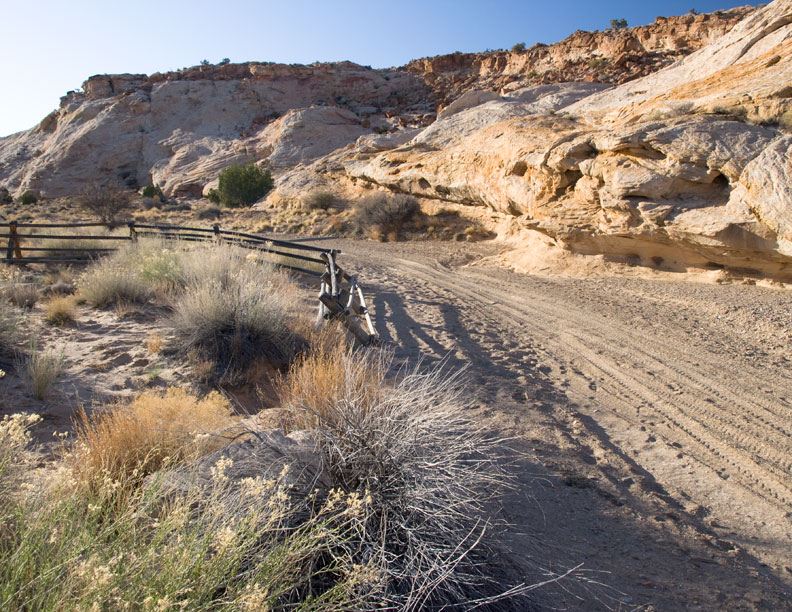 But a couple of summers ago, we discovered that the log barrier had been moved back and vehicle traffic was proceeding up the canyon again. We couldn’t tell if the barrier had been move legally, illegally or if flash flooding had moved it. Either way, it was open then and still open when we got there. There was a number of fresh ATV and jeep tracks running up the canyon. Even after several years, the BLM apparently wasn’t interested in closing the wash or they would have least put up their signs.

By this time, it was getting late so we had to hurry to get back to the vehicle by sundown. While the day was warm, the breeze felt cold and evening was going to get even cooler. 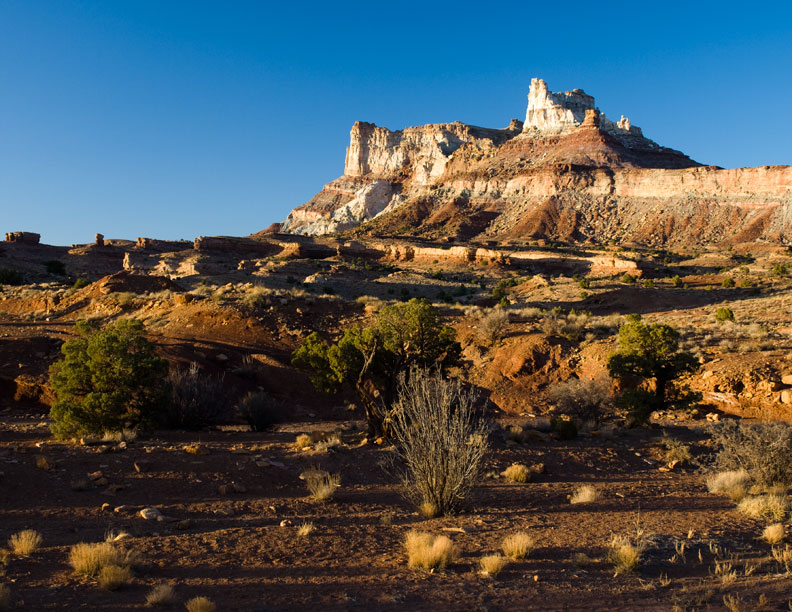 We were fairly exhausted by the time we had returned and loaded for the trip home.

Trip total mileage was 45.5 miles! We didn’t think we would be going that far that day.
We had to stop in Green River so I could purchase the appropriate size of Mountain Dew drink to get us back to Utah Valley safely.

What a GREAT day!