After being cold and stormy all week, Saturday promised sunny skies and warmer temperatures. Since the week of storms had missed the San Rafael Swell area in central Utah, David and I headed there Saturday morning in the Explorer and pulling the ATVs.

We drove almost all the way to Green River Utah before pulling of the highway near a power sub-station and heading west into the reef. The dirt road was in good condition but that didn’t stop us from getting a flat tire on the Explorer about ten miles down the road. This was especially maddening since my tires were all good, the road was decent and we had already had our fair share of flat tires over the last eight months or so.

After changing the tire, we continued on and parked just down the road from the Smith cabin, an abandoned ranch site at the foot of the swell. 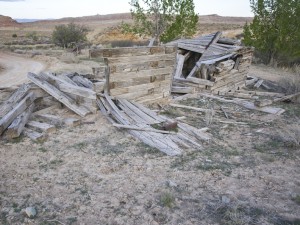 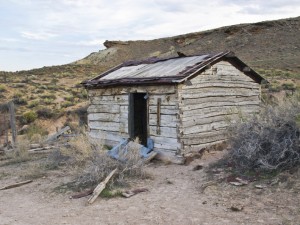 We then headed north and northwest to Cottonwood Wash with one stop to look at a side canyon where a road took us to the top of a ridge. 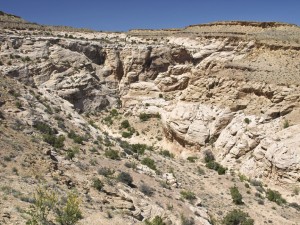 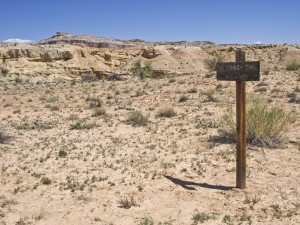 The road heads mostly northward until Cottonwood Wash cuts through the reef. We turned off the main road and headed into Cottonwood Wash. The road only goes to the mouth of the draw so that is where we began hiking westward up the canyon. 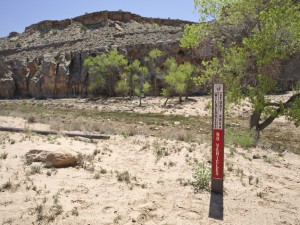 A short distance up the canyon, we stopped to take pictures of class ‘D’ Mystic Eye Arch and nearby class ‘C’ Cottonwood Wash Arch. 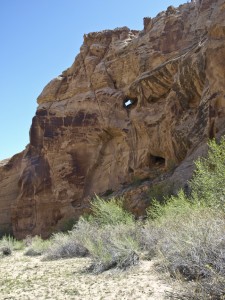 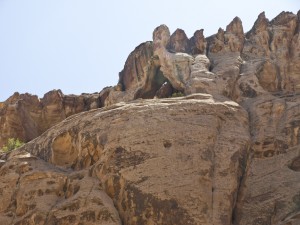 Because this canyon had a small ditch of water that was probably a year-around water source, I began looking for Indian petroglyphs and soon located some on the north cliff face at the top of a hill. There may have also been some minor dwellings here but they had either weathered away or disappeared under rock falls. The cliff face wasn’t very protective here. 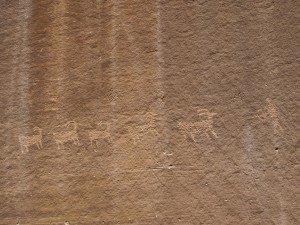 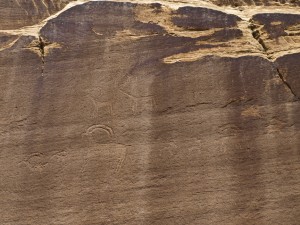 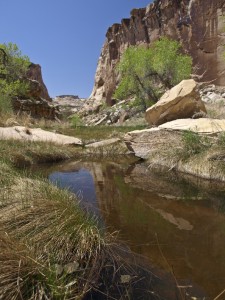 Among the petroglyphs, I also noticed cowboy signatures dated 1881 for J. A. Smith and Jasper Conrad. 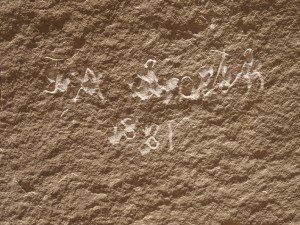 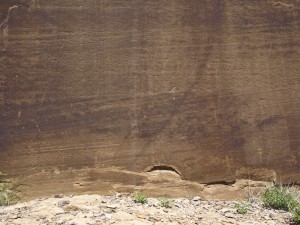 Exploring Cottonwood Wash didn’t take us all day so we spent the rest of the afternoon on the ATVs, checking out all the jeep trails around the slopes for Horse Heaven which branched off the power line service road. We even hiked a little in a side canyon of Big Hole Wash. 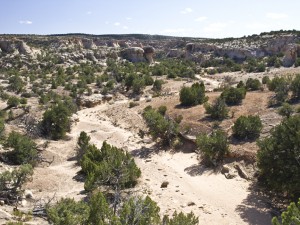 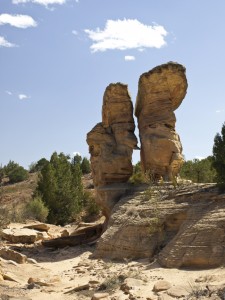 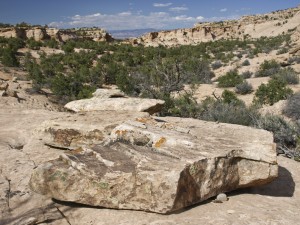 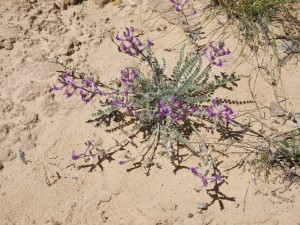 Because it was early Spring, there were a few wildflowers blooming including the Loco Weed. 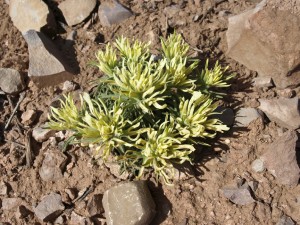 Then it was a long and fast ride back to the Explorer where we loaded up and headed for home again.

Another excellent day in the San Rafael Swell with very few clouds and only a little light wind.

(Note: Three days later, it was snowing again in Utah Valley and most of northern Utah.   sigh…)