Lately it seemed like there was one nice Spring day for every five days of Winter storms and cold weather.

Suddenly, we had a whole week of nice weather with each day warmer and sunnier that the last. Productivity at the computer firm where I work, dropped dramatically and absenteeism skyrocketed. I fought through my own desires to run screaming out the door and managed to make it to the weekend.

Saturday morning found David and I in my Ford Explorer, pulling the ATV trailer and heading for the San Rafael Swell east of Castle Dale Utah.

It was a wonderful warm and sunny day!

We drove out the Box Flats/Jackass Flat/ Big Hole road to the end of the graded gravel road and unloaded. This was in the same area that we explored last December when the temperature never got above freezing. It was much more enjoyable when the temperatures were in the high 60’s and low 70’s.

We headed out the jeep trail for Jackass Flats and then took a side trail that took us to the rim above Devil’s Hole. 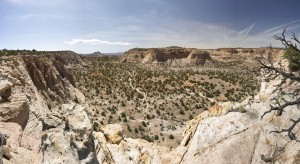 From there, the view was nice but there was no place to continue riding ATV’s or even hike.

Back at the main road, we explored a couple of side trails off the Big Hole trail that took us down into Big Hole where we explored a cave. From the amount of graffiti on the cave walls, it was plain that this was a popular site to visit. It was interesting to see the name of Alden Swasey from 1924 since the Swasey family were some of the original big cattle and horse ranchers in the San Rafael Swell area. 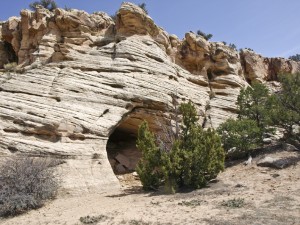 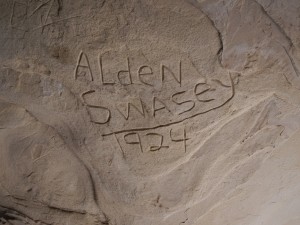 We began hiking the side canyons were few found a couple of small class ‘D’ natural arches and some week old mountain lion tracks. 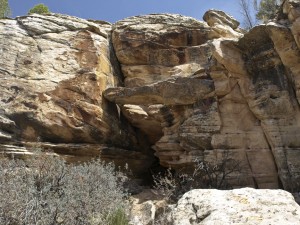 We also had time to hike some of the side canyons off of Box Flats. 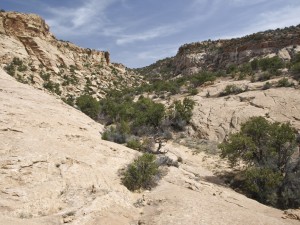 To get to the trail at the bottom of Big Hole, we had to ride several miles north to hit the Spanish Trail road and come in from the north. This took us past the head of Pack Saddle Gulch. 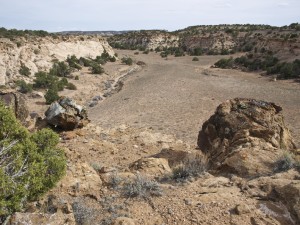 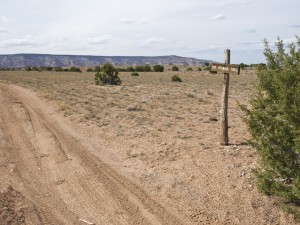 Once on the trail at the bottom of Big Hole, we were able to drive past Big Hole Arch which we found last December. At the head of the wash we found a couple more class ‘D’ arches. 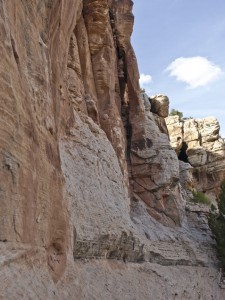 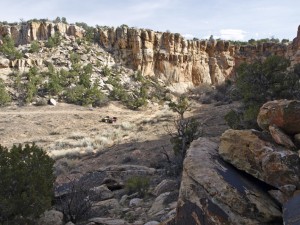 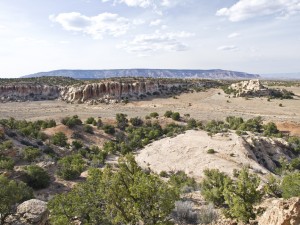 However, we were on our way out of the wash when we noticed light from the late afternoon sun, leaking through a cliff to the southeast, just across the wash from Big Hole Arch. We had to climb up the talus slope to verify that it was another natural arch. Here we found a nice sized class ‘C’ natural arch that I called Session Arch. (Hey, there should be at least one arch in Utah called that!) 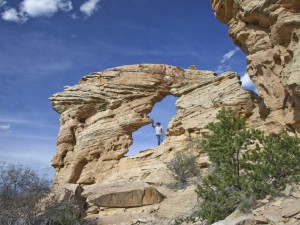 Near the bottom of Big Hole, we stopped to take a picture of another small class ‘D’ arch that I called Hole Point Arch. 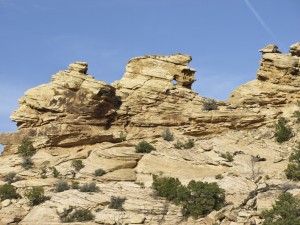 Even though there was still an hour of sunshine left in the day, we were tired so we headed for home.

What a nice day! I hope I have a little sunburn to show for the day. I hope to see a whole lot more of these nice days.