I had Friday off from work and you would have thought that I could of planned a long weekend trip to some distant part of Utah. Instead, I spent a good part of the day digging up my sprinkler system to repair a leak. By the time the leak was repaired and I had cleaned up, it was late afternoon.

So my wife and I jumped in my Explorer and drove up Provo Canyon to Heber City Utah and then past Park City to Coalville Utah. In Coalville, we noticed an old fashioned Polar King drive-in was still in business and decided we would stop there for dinner on the way back.

From Coalville we drove east up the canyon, past Upton and Cliffview until we hit the Wyoming state border. Down a short side road, we found the boundary marker for the Wyoming – Utah corner. 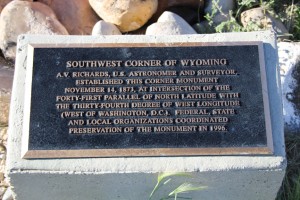 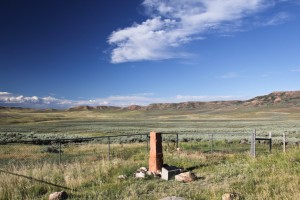 This was another destination in my effort to visit every corner of Utah.

On the way back down the canyon to Coalville, we drove quite a bit slower so I could take pictures along the way. 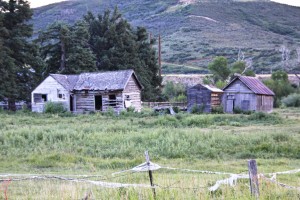 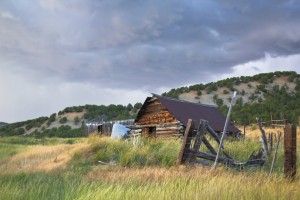 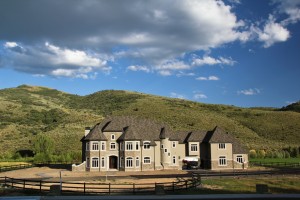 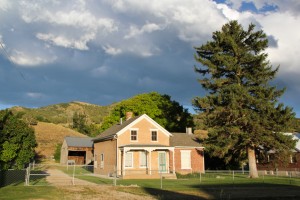 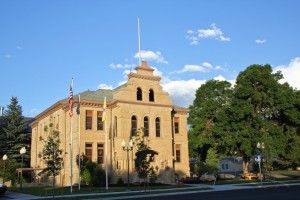 Once back in Coalville, we took yet another side trip to drive through Hoytsville Utah and then back to Coalville for dinner at the Polar King. However, the Polar King is now a Mexican Resturant. (Huh!?) It wasn’t even a drive-in anymore. Inside, most of the clients were also Spanish Speaking.

We had a burrito plate and left a bit disappointed. Oh ya… no restrooms either.

It was then time to head for home stopping for a bathroom break in Heber City, Utah.