Saturday, David and I took the ATVs to “The Wedge” on the northwest edge of the San Rafael Swell. We parked at a gravel road intersection several miles south of the main Buckhorn Draw/Wedge Road and country road 401 intersection. After unloading the ATVs, we drove them east past the campsites on the Lower Wedge Road, and then southeast to the end of the gravel road overlooking Buckhorn Draw. 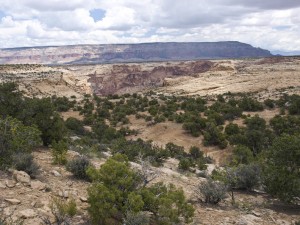 On our way back, we briefly explored a cattlemen access side road that took us a short distance to the south. That might be a good spot to start hiking from if we wanted to hike out to the point of The Wedge above Buckhorn Draw and the San Rafael River gorge (Little Grand Canyon). We decided to continue exploring the roads to the west along the rim instead. 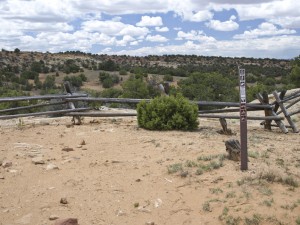 The 1.75 mile road to campsite #1 took us to the east rim of Good Water Canyon, a short but deep side canyon off of the main San Rafael River gorge. 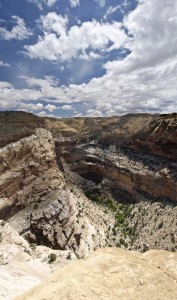 This is a wonderful time to be bumping around the San Rafael Swell. It is still fairly early Spring time with a some wildflowers (including the purple Penstemon) and cactus blooming. 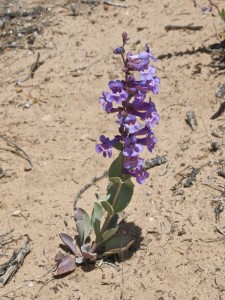 Soon we were back at the Explorer and ATV trailer. We then headed south down The Wedge road and took a side trail heading east so we could explore the west side of Good Water Canyon rim. 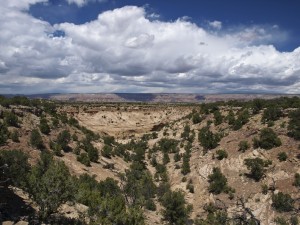 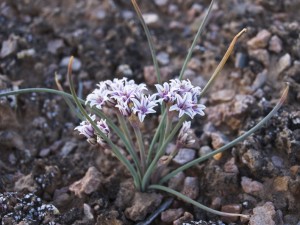 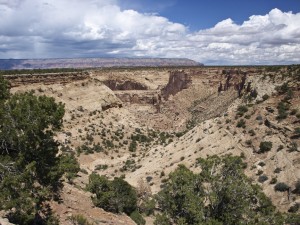 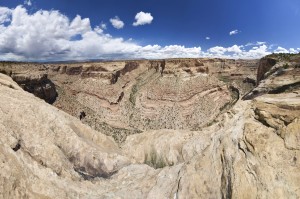 The Good Water Canyon rim trail soon looped around to join the main Little Grand Canyon road and we began running into other visitors in cars and SUVs. 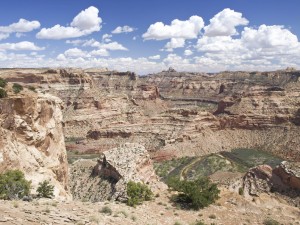 The view into the San Rafael River gorge was fantastic! With picturesque clouds in front of us, there were a few storm clouds creeping up behind us. While we did get a few rain drops, it was still a perfect day!

From this view point, we could see the only natural arch that we saw all day. Far below us to the east was a sandstone fin with a small class ‘D’ window called Eye of the Needle Arch. 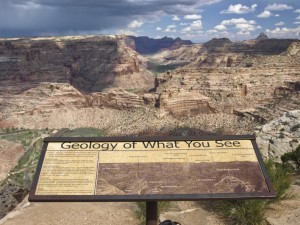 The trail then snakes westward along the rim of the San Rafael River gorge, allowing additional grand views. From the main Wedge overlook, another trail continues two miles to the west until it ends at a view into Virgin Spring Canyon to the south.

We then headed north back down the main Wedge overlook road for a mile where we could pick up another side road that took us west and then south. This took us to an overlook into another side canyon of the San Rafael River Gorge that I called Rincon Canyon. 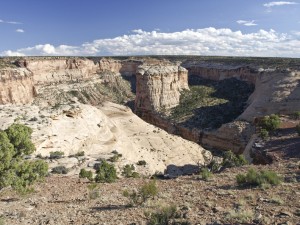 By hiking .6 miles to the south, you can then look into the San Rafael River Gorge again with a nice view into North Salt Wash just across the gorge.

By then, the late afternoon shadows were deepening so we headed back to the Explorer and began the long drive home.