While northern Utah was getting the normal winter storms, central Utah was still fairly dry. When I saw that projected daytime highs could be in the low 50’s, I figured that we had better head to the Cannonville Utah area for a day of hiking. My brother, David agreed.

From Cannonville, we drove south on the Kodachrome State Park road and parked near the Paria River Bridge. We then hiked up the river bank for about 1.3 miles so we could visit several natural arches hidden in the cliffs south of the river. That fork of the river is actually Henrieville Creek but the Paria River fork is nearby.

Before checking out the cliffs on the south side of the river, we hiked over to the sandstone hills to the north (east of Paria River) to an area called Promise Rock. This sandstone outcrop apparently has some local significance for being popular for marriage proposals and hence the name. 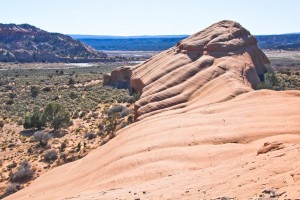 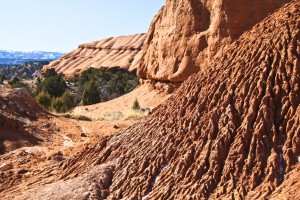 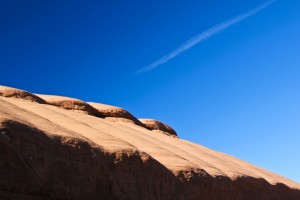 There was once a class ‘C’ natural arch located at Promise Rock so we spent some time exploring the rock to verify that it had indeed fallen. That was the rumor that we had heard and he now know that it is true. 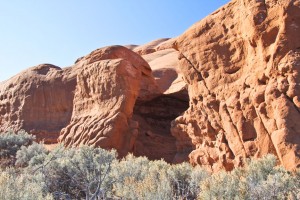 Back across the Henrieville Creek, we did locate a small class ‘C’ arch called Box Canyon Arch and a nice class ‘B’ arch called County Line Arch. 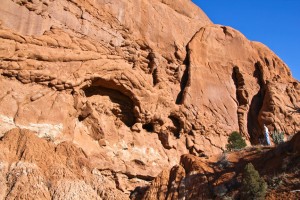 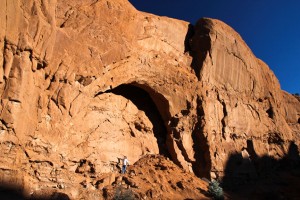 Because of the short winter days, we were then forced to head back to the vehicle. 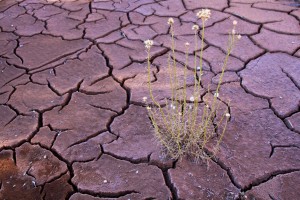 Back at the vehicle, we found that we had some daylight left so we continued driving south and then east. We arrived at class ‘B’ Grosvenor Arch just at sunset, missing the last sun light of the day. 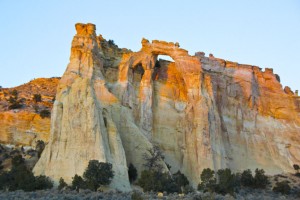 We also drove further east up and over “The Gut” to take a quick look at a small class ‘D’ arch located there.

The day just was not long enough. We are going to have to go back again to better explore that area.