Saturday morning, September 3rd, found David and I dragging the ATV trailer into the west side of the San Rafael Swell from the Castle Dale area. 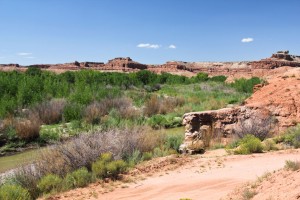 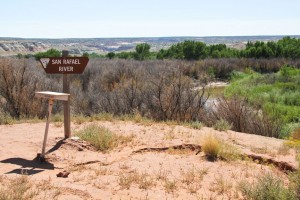 We rode back to the vehicle and loaded up the ATVs again. We then drove around to the west access to the San Rafael from Ferron Utah. We parked in the Red Ledges area and took the ATVs north towards Fuller Bottoms. However, we took the east jeep trail along the west rim of Salt Wash.

From the west rim, we could see Triple Arch near the east rim, just across the canyon. 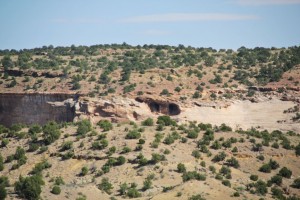 I was surprised to see that all of the side jeep trails had been closed to all vehicles including the only access into Salt Wash. Now you have to walk down the jeep trail. 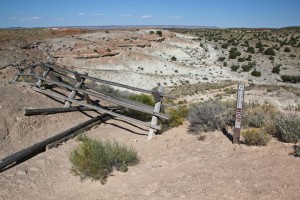 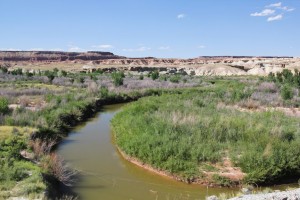 We found the south side of Fuller Bottoms just as messed up as the north side. It will be quite a while before vehicles can travel that road again. 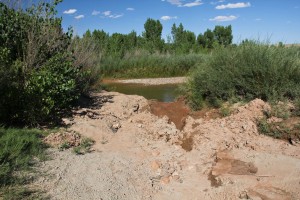 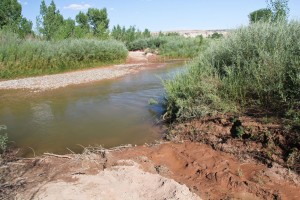 We drove back to the vehicle on the main Fuller Bottoms road and found we still had several hours of riding we could do. From the vehicle we started exploring the roads eastward and ended up in Coal Wash. This trail was also impacted from recent rains which left the trail strewn with large boulders. 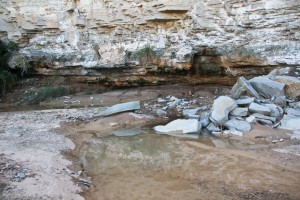 By the time we passed Dripping Springs and reached the main access trail in and out of Coal Wash, the engine on my ATV was knocking badly. We ended up towing it back to the Explorer just to make sure we didn’t do major damage to the engine.

It was another great day on the trail. However, I wouldn’t have enjoyed it so much if I had known that my ATV was in for a $1500 repair bill.