The mountains of northern Utah/southern Idaho were finally dry enough for us to try for the Utah – Idaho – Nevada corner again so I took Friday off from work so we could get an early start.

Friday morning we noticed our dishwasher was leaking water so I spent most of Friday removing the dishwasher, cussing and replacing a shut off valve that wouldn’t completely shut off. I declared the dishwasher to be “old and worthless” — which is not really a good idea when you are as old as I am. I think this triggered something in my wife’s head because she began asking all sort of questions about how to dispose of the “old one” and get a “new one”. I had to keep asking her if we were still talking about dishwashers.

During one of several trips to Home Depot, I noticed they had dishwashers on sale and soon my wife joined me to pick out a new one. She kept telling the salesman that she REALLY wanted a “new one” but she didn’t seem to be looking at the dishwashers.

Since the floor under the dishwasher was going to need to dry out and be replaced, we left the new dishwasher on the back deck which left a big hole in the kitchen cabinets where the old dishwasher had once resided. To explain the hole to my daughter, who would soon be arriving home from work, we left a note telling her that we decided to take the dishwasher to Idaho with us.

We (myself, my wife and my other daughter) finally left town late in the afternoon and headed north to Idaho for a weekend of exploring and taking photographs wherever I might spy one.

We spent the night in a motel near Burley and headed to Oakley Idaho the next morning. 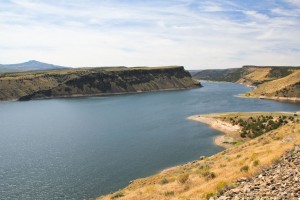 Using my iPad 2 as a GPS system, we were able to climb the mountain past Lower Goose Creek Reservoir and then negotiate many jeep trails up Rodeo Creek, over Beaverdam Pass, down to NE Creek and finally, across some sagebrush flats to the boundary marker for the Utah/Idaho/Nevada corner. 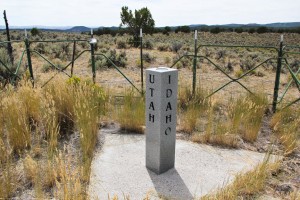 Now I could truthfully say that I have visited every corner of Utah. 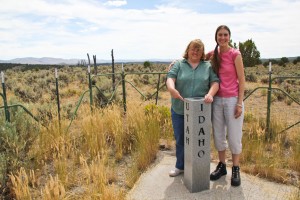 At the state boundary marker or monument, we found a note pad stashed in a waterproof container so we added our names to the short list. Only one other name had been added to the list this year.

The drive back to paved roads seemed longer and dusty-er. We spent the night in Idaho Falls and were glad to wash off a layer of white Idaho dust. This also allowed me to get evening and morning pictures of the Twin Falls LDS Temple. 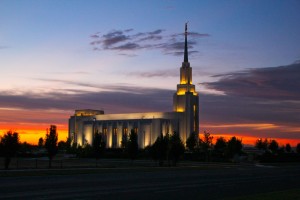 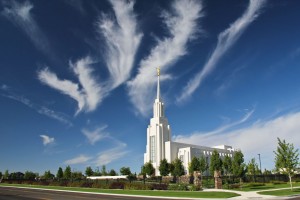 The next morning, we continued exploring along the Snake River, northwest along the Thousand Springs Scenic Highway and finally ended up in Bliss Idaho. 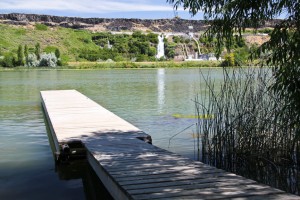 At this point, I gave up looking for something to point my camera at and hit the freeway for the long drive back to Utah. 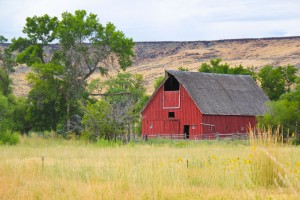 Southern Idaho sure is boring when you are hunting for pictures. Perhaps they could borrow a few redrock canyons from Utah to give the area some interest. 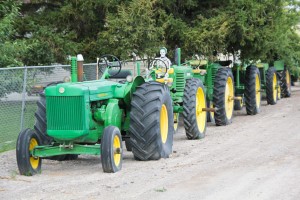