Saturday, June 5th, David and I drove south and east to Price Utah and then through nearby Wellington Utah. Near the east end of Wellington is the paved road heading north that took us to the gravel road though Nine Mile Canyon.

Nine Mile Canyon is famous for the number of ancient American Indian rock drawings found there. Recently the canyon has also seen conflict between those who wish to protect the ancient sites and the oil industry which is extracting the oil in the area. Agreements have since been reached on how to best satisfy everyone’s desires and life goes on. 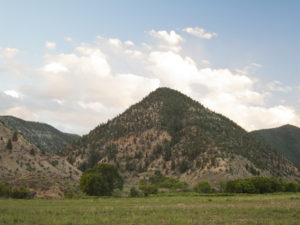 Nine Mile Canyon is a pleasant canyon to visit and explore. The ancient American Indians were drawn to this canyon for the year round river that flows through. Ranchers have also been making use of the canyon since white man’s arrival. 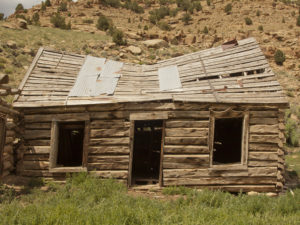 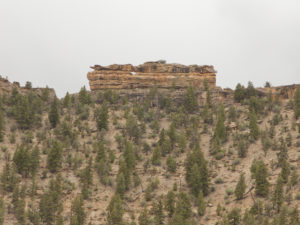 While Nine Mile Canyon runs most west to east (to the Green River), there are two major side canyons to the south that include public gravel roads. The first is Dry Canyon and a short distance up the canyon, on the east side, there is a Class D natural arch called Leaning Arch. 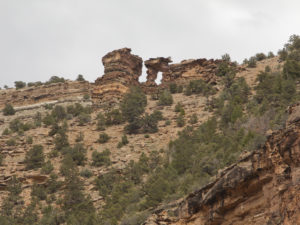 A short distance further up the canyon, as it bends to the west, there is a major Class B arch called Dry Canyon Arch. We aren’t sure why this arch has not been reported in other Utah arch records. 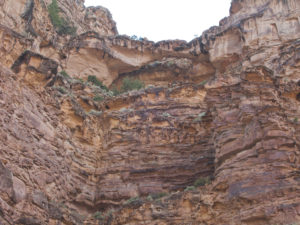 Nearby is a large alcove that SHOULD be an arch! 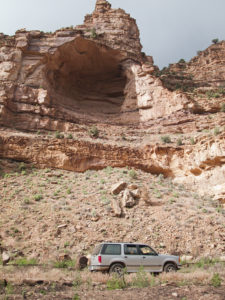 I think if I spent a little time up there with a pick ax, I could make it an arch.

Traveling west and south up Dry Canyon took us to Stone Cabin Canyon where there is a Class C sized arch, naturally called Stone Cabin Arch. 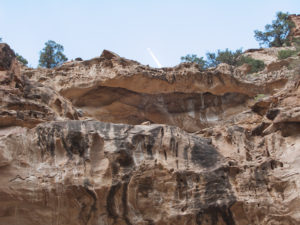 Since this area is famous for the Indian petroglyphs and pictographs, we also spent some time enjoying these sites spread throughout the valley. There are so many obvious and hidden sites that I doubt anyone have visited them all.

The most famous site is found near the mouth of Cottonwood Canyon, which is the second side canyon heading south that had a public accessible gravel road. This site is known as the Hunting Scene, for obvious reasons. 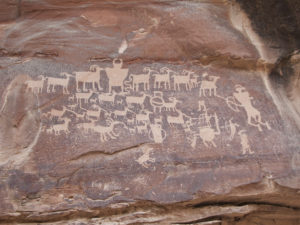 Another petroglyph we visited seems to involve a Snake Man. 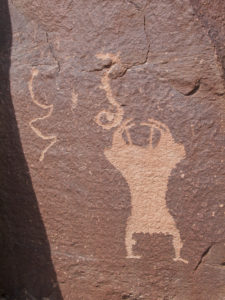 Not all site are of “ancient” age. This site depicts a train with rails. 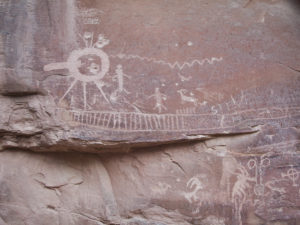 Some sites have not been treated well by past landowners such as this brutally defaced pictograph of an elk. 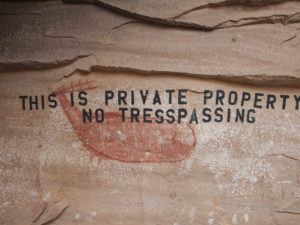 I noticed that some petroglyphs were actually drawn over the top of older petroglyphs. 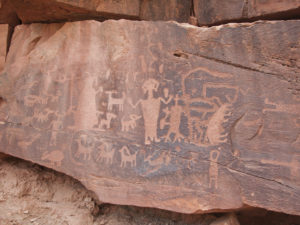 The meaning of these pictures are unknown but some seem to suggest a map type layout. 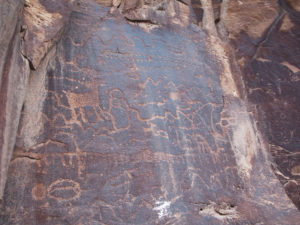 Others seem to just be doodling.

Still, this area seems to want me to return and explore it deeper.

I will be back.