It is the beginning of Fall in Utah with trees in the higher elevations turned to brilliant golden colors. It is finally cool enough to safely hike during the middle of the day again in southern Utah. 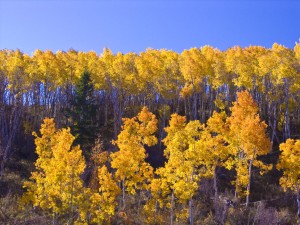 Saturday morning, my brother David and I drive down to Moab Utah for the day. From Moab, we head east along the Colorado River heading for the Fisher Towers area. Rain from the previous couple of days had left water running in Professor Creek, which was so unusual that I had to stop and take a picture. 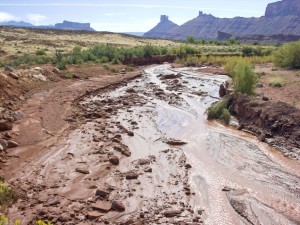 We then parked the Explorer and began hiking the Fisher Towers trail which winds among the tall spires, towers and cliffs to the south and east. 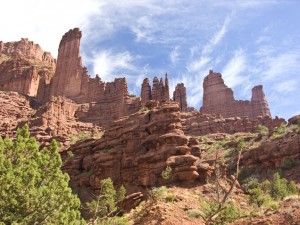 Along the way, we marvel at several rock climbers who manage to take turns climbing a dangerous tower and then standing on the highest point. 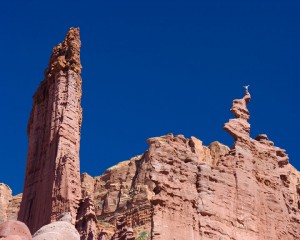 For those of us who prefer living, we hiked to the end of the established trail, pausing often to take pictures. 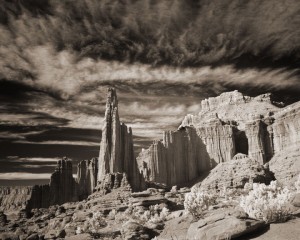 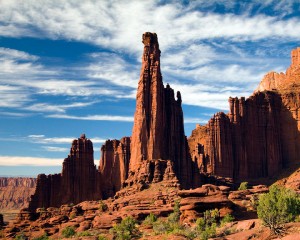 At the end of the trail, we had to search around the broken terrain before we located a class ‘C’ natural arch called Big Bro Arch. It seemed appropriate to take one picture of Little Bro at Big Bro Arch. 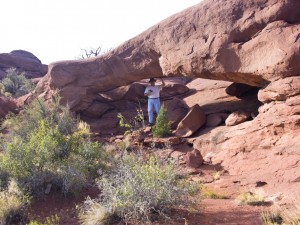 We then wandered back down the trail to the vehicle again. This still gave us enough time to drive down the road and take sunset pictures of Fisher Towers reflected in the waters of the Colorado River. 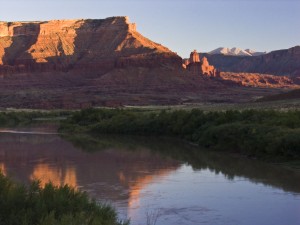 Fisher Towers is yet one more very unique place in Utah that would be hard to image or describe without pictures.

What a Wonderland Utah is!

Even with as much of Utah that I have seen, I am still continually amazed. And there is so much more to see!