Saturday morning, David and I drove down to the southeast side of the San Rafael Swell. Our first stop was North Temple Wash where we drove up the wash, stopping to take pictures of an interesting rock spire as well as a small class ‘D’ natural arch. 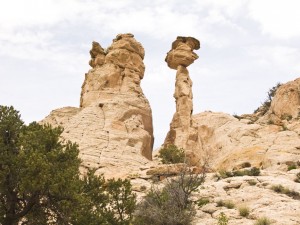 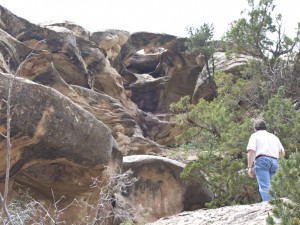 At the top of the was, we also stopped at the miner’s shack just east of Temple Mountain. 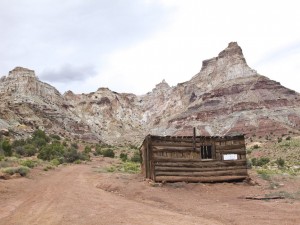 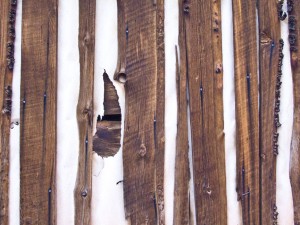 We then attempted to drive the jeep trails around the north and west side of Temple Mountain. Along the way, a brief rainstorm tried to make the trail slippery which caused some white-knuckle driving when near the shear drop offs. 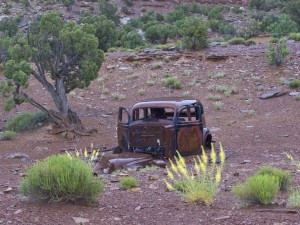 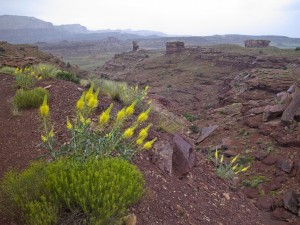 By the time we reached the miner’s shacks south of Temple Mountain, the rain had moved on to the east. 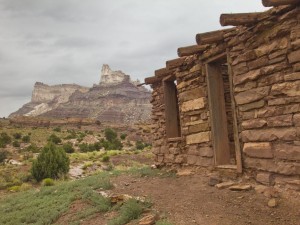 At least the Palmer’s Penstemons was enjoying the wet weather. 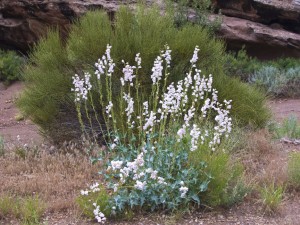 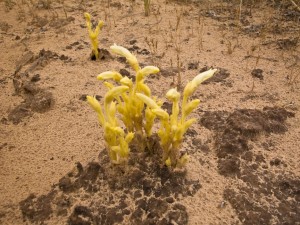 We then drove down Temple Wash which was a maintained gravel road and stopped to take pictures of the pictographs in a large alcove next to the road. 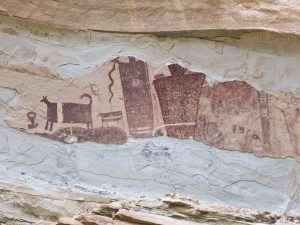 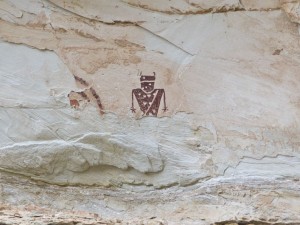 Our next stop was just around the corner to the south where we parked and hiked westward into an obscure little wash. This led us up the Swell’s anticline to Wild Horse Window, which is the name given to a large hole in the ceiling of one of two large alcoves. 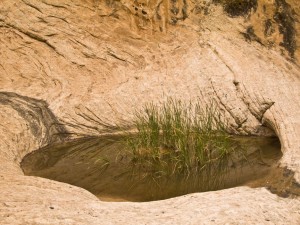 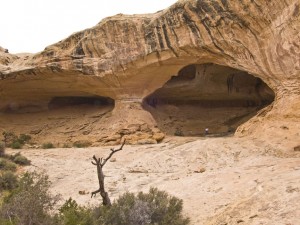 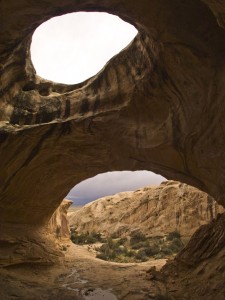 Nearby the Stemless Woolly Base was blooming. 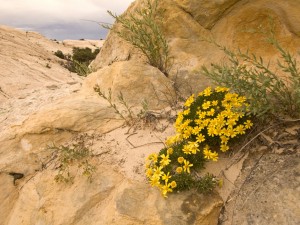 After making our way back to my vehicle, we still had some daylight to burn so we drove south into Goblin Valley State Park. 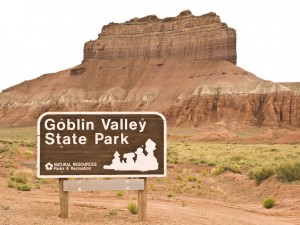 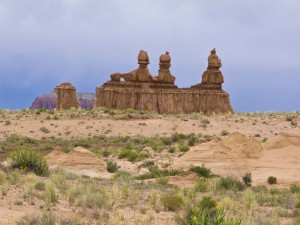 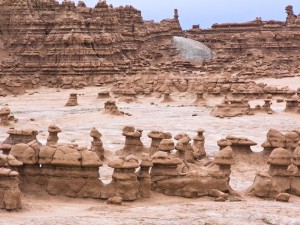 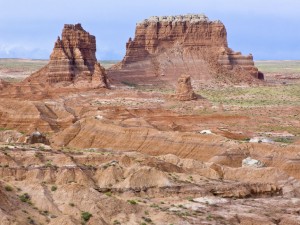 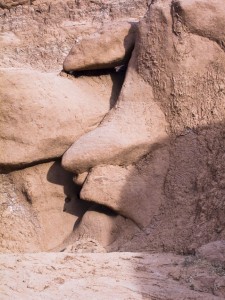 We wandered around the first basin for a while before heading back to the parking area. We were half way up the hill when we were met by a young man running full speed down the hill. He managed to come to a complete stop immediately in front of us when we discovered it was a nephew of ours, a son of another one of my brothers. Most of the rest of that family were dining at the nearby pavilion and were quite surprised to see David and I wander in from the basin. They were staying at the state park overnight and were on their way to Lake Powell the next day.

That was rather a strange coincidence. What are the odds of running into family in southern Utah?

After visiting a while, David and I headed for home while my other brother and his family spent a rainy night camping in Goblin Valley State Park.