The Ancients Must Have Liked Natural Arches and Bridges too

Friday afternoon, David and I left work early so we could drive to the southeastern Utah area for a weekend of hiking, photography and exploring. We stayed that night in Blanding Utah.

After breakfast the next morning, we headed west to Natural Bridges National Monument. 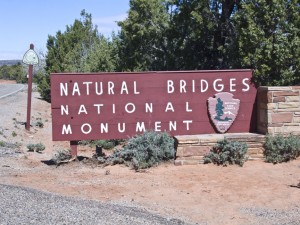 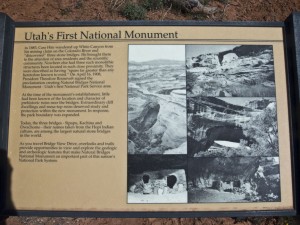 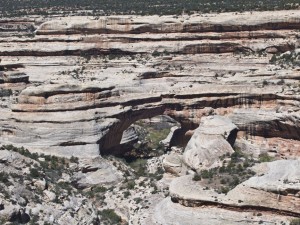 Down the road we parked and began the climb down the trail into the bottom of the canyon to Kachina Bridge, passing Kachina Trail Arch (class ‘D’ arch) along the way. 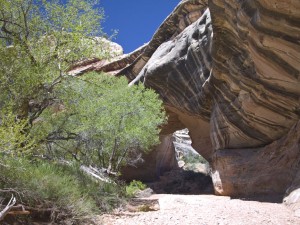 While we were interested in taking pictures of Kachina Bridge, I was personally interested in the Indian ruins, pictographs and petroglyphs located on a sand shelf on the southwest leg of the bridge. 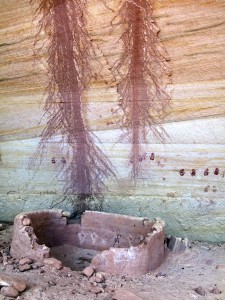 The most complete part of the ruins was a round pit with a low wall around it. The wall was purposely rounded along the rim with one door like opening and the inside wall was decorated with pictographs. When I saw this, the first thing I thought of was that this was a playpen to keep toddlers safe while parents were busy nearby.  If it had been a turkey pen, there would have been no need to decorate the inside.

The cliff walls were also decorated with symbols and handprints. I especially enjoyed the image of a butterfly. Obviously a decoration intended for women and children rather than the usual hunting scenes. 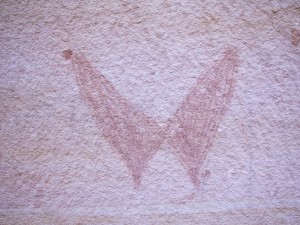 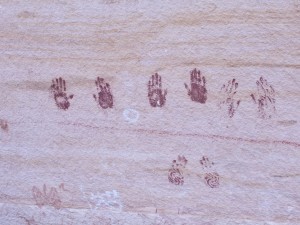 From here we hiked downstream a short distance to the confluence of White Canyon. Just around the corner in White Canyon was another natural arch, a class ‘C’ arch called Indian Foot Arch. 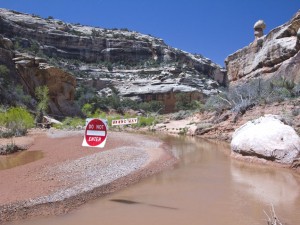 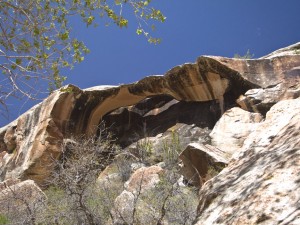 We then headed back up the trail and back to the parking lot to collapse in my Explorer. I thought that was all the hiking/climbing that we were going to be able to do that day. However, we found ourselves stopping and hiking to the third grand natural bridge in the park, Owachomo Bridge, which is another class ‘A’ bridge. 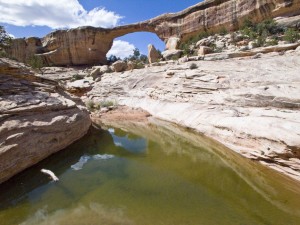 Even after leaving the park, we still had plenty of daylight left so on the way back to Blanding, we stopped for a few pictures at the Comb Ridge road cut. 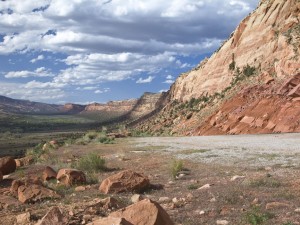 A short distance further down the road, we also stopped at the Butler Wash Ruins. Walking out to the ruins overlook turned out to be more of a hike than I remembered from the last time I was there. 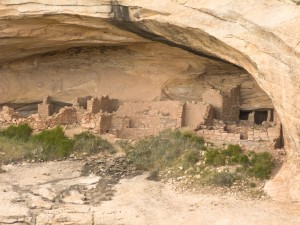 From the ruins overview, we could walk along the cliffs to the north and visit a class ‘C’ natural bridge called Butler Wash Bridge. While it was too steep for old men like us to climb down into the opening, we could see hand prints that ancient Indians had left on the inside wall. 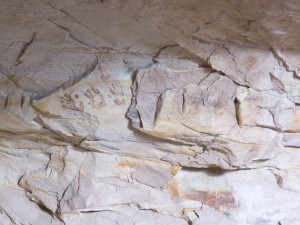 Back on the road again, we had to stop one more time to take pictures of the Desert Lupine (Lupinus Aridus) wildflowers that were prolific along some parts of the highway. 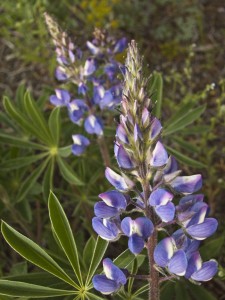 Once we were finally back in Blanding Utah, we again grabbed a motel room for the night and a burger at the local A&W drive through.

The next morning, we were a little slower getting up and getting on the road again. (I hate getting old!)

We headed back to Natural Bridges National Monument. We wanted to hike down into Sipapu Bridge but threatening rain allowed us only to get half way down the trail before we took shelter under a sandstone overhang. We knew we shouldn’t be in the steep canyon bottoms during this kind of rains. 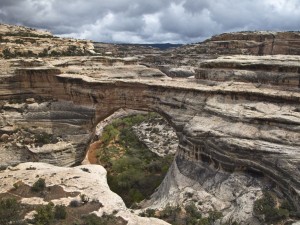 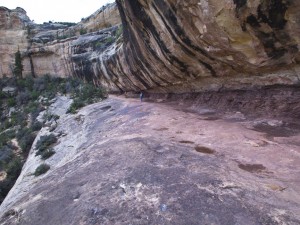 Instead we climbed back to the park road and drove down the road again to the Kachina Bridge viewpoint. The rain had stopped long enough for us to walk out to the Horse Collar Ruins overlook where we could view the ruins in the cliffs on the other side of the canyon. 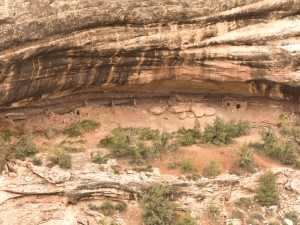 We then climbed down to an area below the overview area where we could take pictures of Horse Collar Ruins Arch, a large class ‘B’ natural arch that most people never notice. 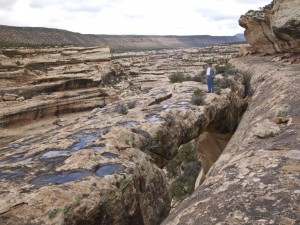 We decided it was time to begin the long drive home since we certainly didn’t want to miss work the next morning. (Ya, right.) We decided to get back via Lake Powell (50% empty because of the drought) so we could see some different territory. Along the way we had to stop to take pictures of blooming cactus and wildflowers. 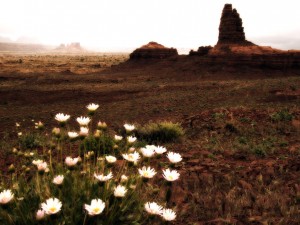 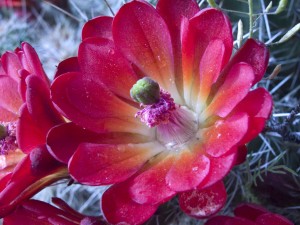 The Prince’s Plume flowers were especially colorful this year. 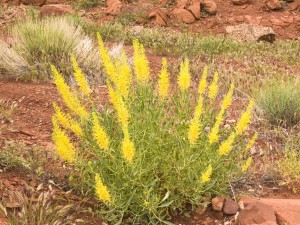 What a nice weekend.

Hmmm… I want another one!