Back of Checkerboard Mesa in Zions National Park

Saturday morning, David and I loaded up the Explorer with over-night bags and headed south to explore areas in and around Zions National Park.

Just after Cedar City Utah, we took a road just north of Kanarraville Utah which headed east up the mountain. We then took back roads heading south which we were hoping would take us to the border of Zions National Park, above the Kolob Canyons. We wanted to see what the upper parts of the park looked like and find out what access options there were. Unfortunately, before you can get too close to the area we wanted to see, we hit private property which was closed for general travel. 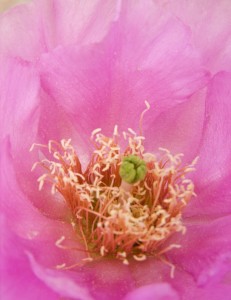 Instead we backtracked until we could hit back country roads that took us further east to Kolob Reservoir and then south down the mountain to the main park road in Virgin Utah. On the way, we hit a little rain, which didn’t concern us much once we were on paved road again. Over all, it was a pleasant summer drive on the mountain. 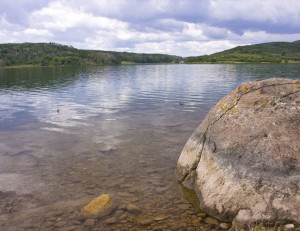 We drove into Springdale Utah with the idea of getting a room for the night but summer rates proved WAY too expensive. We ended up driving clear back to Hurricane Utah before we could afford a motel room for one night.

Since we had some time left in the day, we drove south down the Hurricane Cliffs until we were almost in Arizona. We then headed west on the south side of Sand Mountain. Here we found a parking area and short trail to some exposed dinosaur tracks now captured in the sandstone. 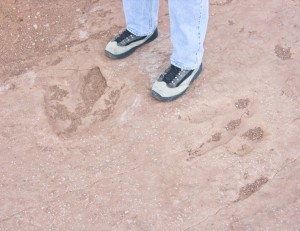 Further west we visited Fort Pearce in Pearce Wash. This fort was constructed immediately above a spring which was one of the only water sources in the area. This would have been an important destination for wandering Indians and an easy way to pick up those who were not suppose to be off their reservation lands. 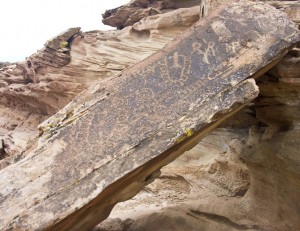 Near the spring was one large rock covered with Indian petroglyphs.

In the parking area for Fort Pearce, we met a couple of guys on ATVs. One of them had a flat tire and was looking for an air pump. I happen to carry a small electric air pump and we soon had him on the road again. (Those ATV’s look like they would be a GREAT way to explore the back roads and trails of Utah. Hmmm…..)

The next morning, we drove back to Zions National Park and used my 2006 National Park pass to enter. We then drove to the far east end of the park where we could park near Checkerboard Mesa. 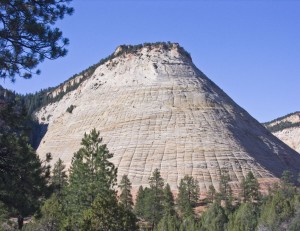 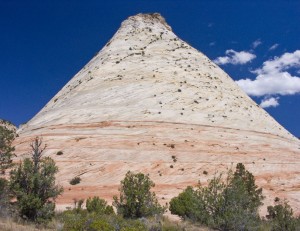 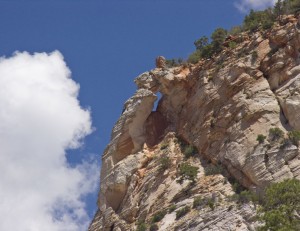 The climb up the pass was rather nice in the morning with the shadows from the cliffs. However, by the time we reached the other side, the temperatures were in the 100’s. NOT a good time to be hiking. The area was interesting and I would have like to explore more — but it was just too hot. Heading back down the pass and back to the Explorer was much harder in the full heat of the day. 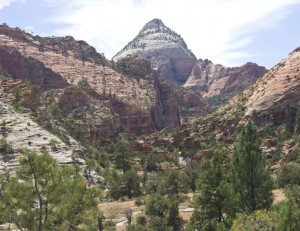 At that point, we were pretty much drained of energy. We played tourists and took some pictures from the road before heading for Utah County and home again.

I REALLY wish I had the time and energy to explore more of the back country in Zions! Instead, I just get an occasional peak… and that is NOT enough!