After a LONG work week, I was looking forward to getting out of town for a day of exploring some place in southern Utah. David and I decided to play tourist and drive down to Bryce Canyon National Park near Tropic Utah, to hike a few of the “below the rim” trails and visit some minor natural bridges located there.

The first stop was at the Fairyland Point trailhead where we took the trail off the edge and down into the narrow gullies of “Fairyland”. 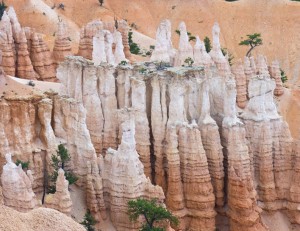 In several side canyons, there are small unnamed class D natural bridges and a set of small bridges called Two Bridges. 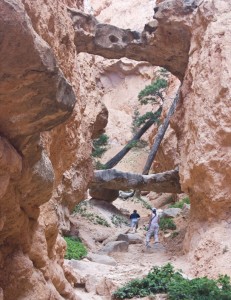 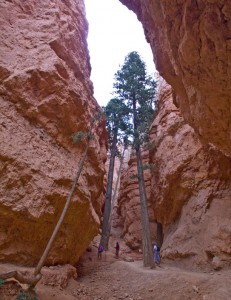 The trail usually makes a loop and climbs back up the canyon to join the Fairyland trail again near the top. However, a large slab of rock and dirt had collapsed on the trail which officially closed it. (With a little climbing over loose rocks, it is possible to pass through anyway.)

It was naturally hot for an August summer day but much cooler in the canyon. That didn’t stop it from being a bit of a “gut buster” climb anyway.

Once we were back on top again, we drove further into the park and took additional pictures from the usual lookout points. We stopped to take pictures of Farview Point Bridge and Bryce Natural Bridge. 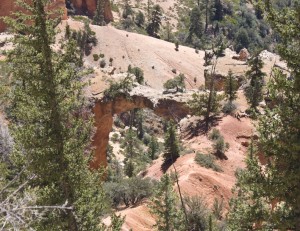 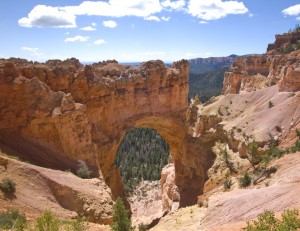 We also walked out on Bryce Point so we could take pictures of  Bryce Point Arch and Wall of Windows.

We then drove out of the park and turned east on the main highway and southeast towards Tropic Utah. We stopped at the trailhead for Water Canyon and hiked up to Mossy Cave. Because of the drought, there didn’t seem to be enough water leaking from the back of the cave to keep the usual fern garden alive. However, the nearby stream had plenty of water for the small waterfall. It was hot enough that I was tempted to jump in, but I am old enough to know not to. Here we took pictures of the small wall arches called Mossy Cave Windows. 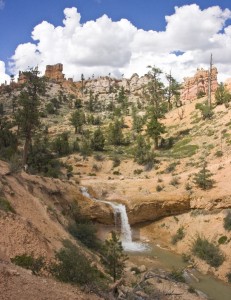 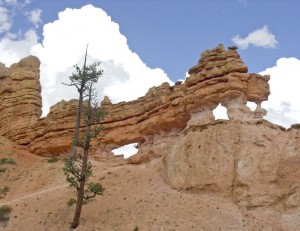 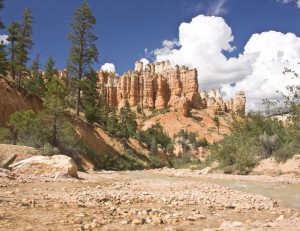 Back in the vehicle again, we drove down the highway through Tropic and on to Cannonville Utah. 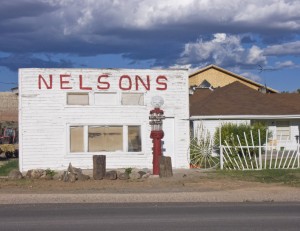 Here we took the south county road south and then east to Kodachrome State Park. Besides taking general pictures in the park, we also took the short hike out to Shakespeare Arch, a small class “C” arch located on the east side of the park. By that time, it really was too hot for hiking. We were glad that it was a short hike. 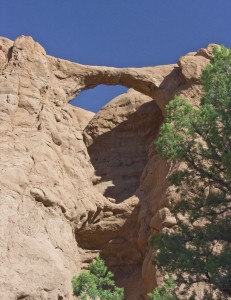 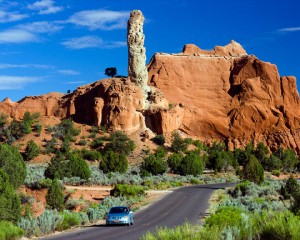 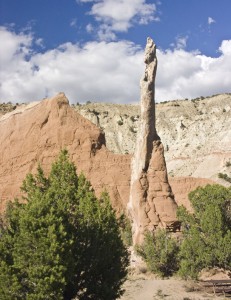 August days are long and we decided to head for home before dark and before we found another trail to hike.