After work on Friday, December 8th 2006, I waved a temporary goodbye to my wife and family before heading south in my Ford Explorer for a weekend of visiting Indian petroglyphs in southern Utah. I spent the night at a motel in Monticello Utah which gave me the opportunity to take morning pictures the next day of the new LDS temple that was recently completed there. 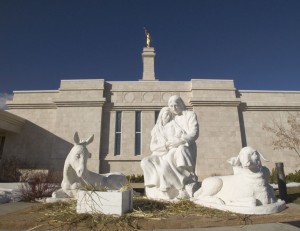 Saturday I drove down into Bluff Utah where I again took the opportunity to take pictures of the pioneer town and sites. 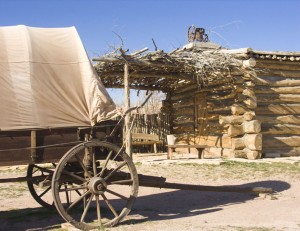 My next stop was the petroglyphs called the Desecration Panels on the south side of the San Juan River, southwest of Bluff Utah. 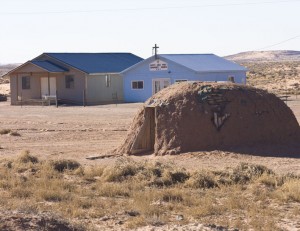 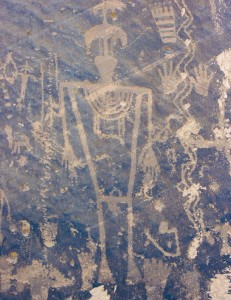 Back on highway 163, I drove west to where the highway cuts through the Comb Ridge where I spent some time hiking to the steep cliffs looking west. There I was surprised to see a small natural arch just off the old highway where I had parked. 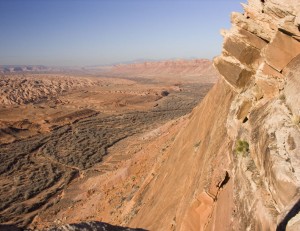 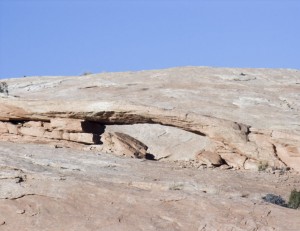 I then drove down to Mexican Hat Rock to take a few pictures before ending up at the Navajo Tribe Monument Valley Park. 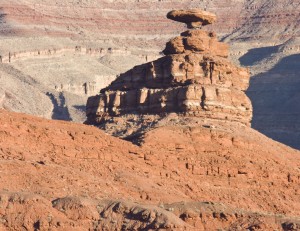 I arrived at the visitor center just in time to take a few pictures of “The Mittens” before the sun disappeared over the horizon. My efforts were hampered by an over-friendly cat that wouldn’t leave me alone. 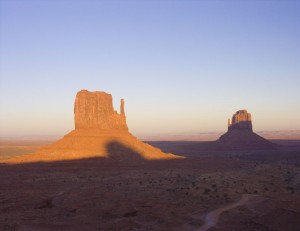 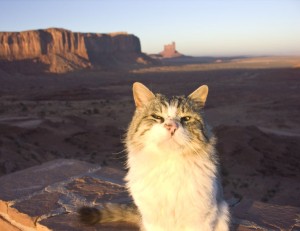 As soon as the sun set, the wind got cold. I headed back to Bluff Utah where I had a room at the Recapture Lodge, my favorite place to stay when in Bluff.

The next morning after breakfast, I spent some time along the north side of the San Juan River near the Bluff airport, taking pictures of the scattered Indian Petroglyphs. This required a fair amount of bush whacking. 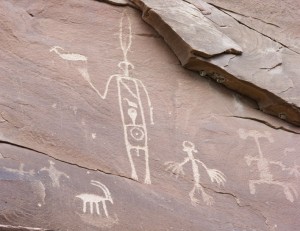 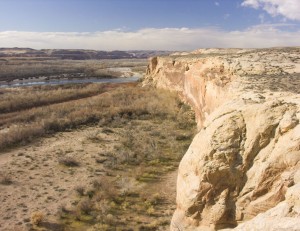 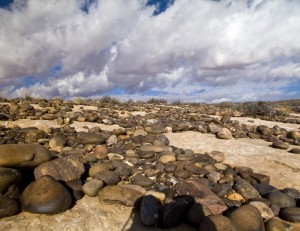 The weather was threatening storm so I had to cut the day short and head home again. Between Blanding and Monticello, I hit the front end of a bad snow storm and was glad to get around it before the roads got too bad. I again hit some snow over the mountain between Price and Spanish Fork but managed to get home just after dark anyway.