No Spring in Arizona Either

On Saturday, my wife and I decided it was time to get out of town. Monday was a holiday so we meant to make it a long weekend together.

We drove down to Bluff Utah and spent the night before continuing on down into Arizona the next day. The weather was mostly clear and sunny but it couldn’t be considered warm. Even in that end of the world, it was still winter.

I wanted to visit the Navajo park called Canyon de Chelly (pronounced “shay”) in the north eastern corner of Arizona. Chinle Arizona was just outside on the west side of the park and that is where we spent the second night.

Unfortunately, Canyon de Chelly is fairly high and therefore still had quite a bit of snow. The Navajo guides were not taking people into the canyon so the only option was to drive the canyon rim and take an occasional glimpse down into the canyon. 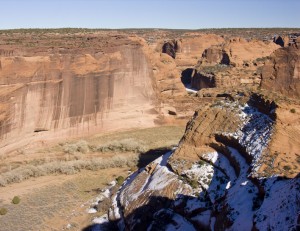 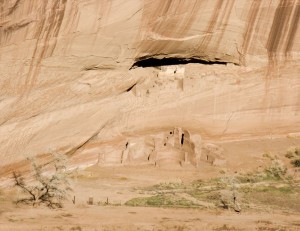 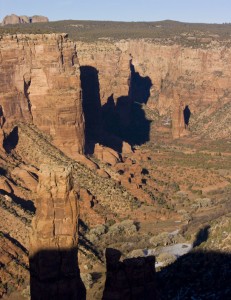 It was cold and I was coming down with something that included a fever so I wasn’t having a lot of fun. We finally decided to just head back to Utah again with the thoughts of driving home on Sunday. 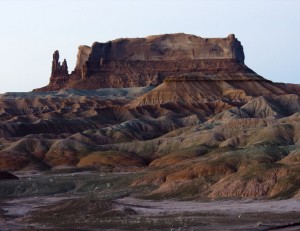 We stayed in Bluff Utah again and by morning, I was feeling fairly well again. We attended church in Bluff where we always enjoy singing familiar hymns in Navajo from Navajo hymn books.

We were still in our ‘Sunday-go-to-meetin’ clothes and kinda heading home when I decided to drive down the jeep trail on the west side of Comb Ridge to the San Juan River. Here I wanted to show my wife the River House Indain Ruins. We then spent some time walking long the cliff edge allowing me to take pictures of the petroglyphs. 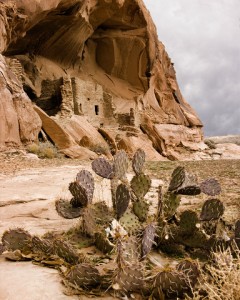 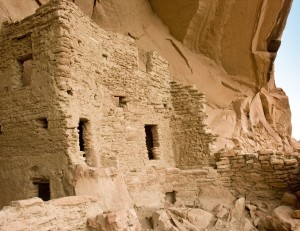 Because it is still winter, the cold of evening comes early. We decided to just drive home that night and forget the long weekend idea.

You just can’t hurry warm weather, in spite of how many times I try.