Spring was right around the corner and the snow was mostly melted in Utah Valley. It was time to head south to see how the winter is fairing in Moab Utah. Saturday David and I drove down to Arches National Park just north of Moab for the day. 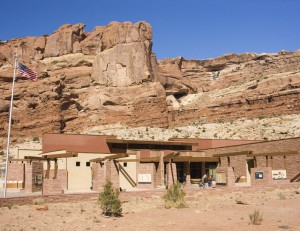 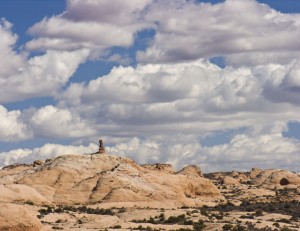 After bumping around the main park roads taking pictures for several hours, we parked in The Windows parking area and began hiking east through a gap in the cliffs until we could skirt around the northeast side of the cliffs. Here we re-visited the wall arches called Ghost Arch  and Alcove Arch as well as the free standing arch called Ribbon Arch. 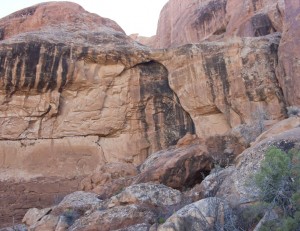 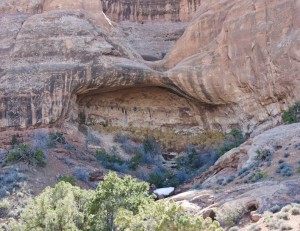 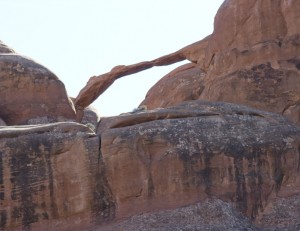 We had seen pictures that someone had taken of Ribbon Arch from on top but we had now circled the entire monolith at least once and had never found a route to the top. The people who managed to get on top must have been rope climbing.

On the way back we visited the back side of Christmas Tree Arch where we also found a small class D arch called Little Duck Window. 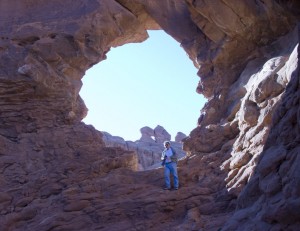 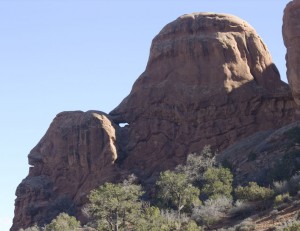 We found a gap in the cliffs which allowed us to take a shortcut back to the Windows side again where we took a few pictures of Seagull Arch. 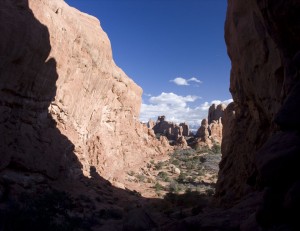 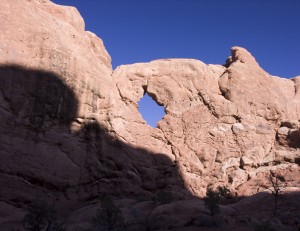 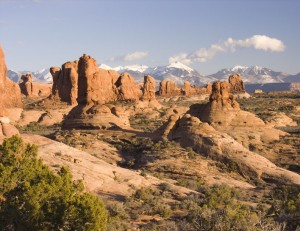 While it wasn’t a big hiking day for us, it was a chance to get out and start stretching our winter weary legs again. By the time we left the park, the sun was setting and local clouds were threatening a little rain. At least they weren’t snow storm clouds. 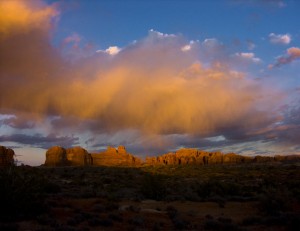