Saturday July 28th, my brother David and I drove down to Hatch Point, south of Moab Utah for the day. It was the middle of summer and too hot to hike but we needed to get out. We decided this would be a good place to drive around and take a few pictures since it had been quite a while since we had been there. (I was also looking for a vista that I had visited some years ago but I could not remember where it was.)

One of our first stops was at the Needles Overlook that allowed impressive views into the southern Canyonlands National Park area. I love that area but when you can view the immensity of the area, I get depressed because I know I will never be able to explore it all. 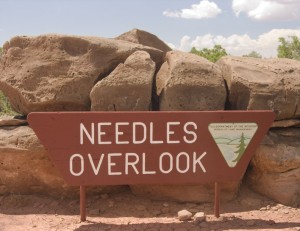 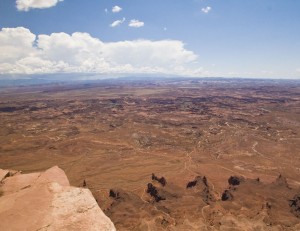 On our way to the Anticline Overlook at the far north end of Hatch Point,  stopped at a sandstone rock to take pictures of the unique clouds and light on the sandstone waves. 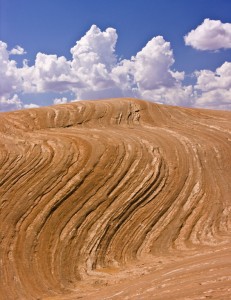 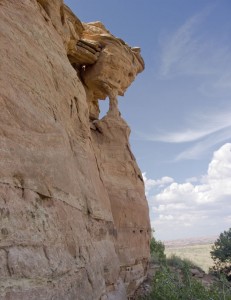 By the time we made it to the Anticline Overlook, the wind was blasting over the cliff edge. This made it rather tricky when walking along the cliff edge and when trying to hold a camera still. 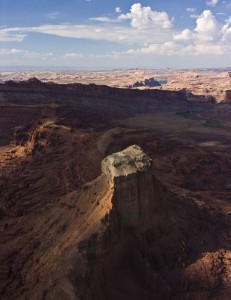 At the sun shelter that had been built at the overlook, we watched large carpenter bees working on dime sized holes that they had drilled in the timbers. There weren’t many of them but they were certainly big!

We then headed for and stopped north of Moab to enjoy the sunset. I arrived home after midnight… again. 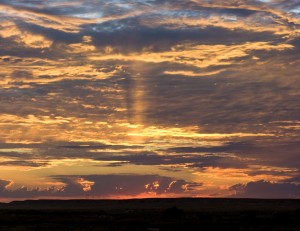