It was August 18th before I could carve out another Saturday that I could use to go play in southern Utah again. This time David and I headed back to Hatch Point, south of Moab Utah, were we had spent the day just three weeks previous. We had gone to the Hatch Point area to rediscover the area after an absence of several years. I was also looking for a particular vista that I now knew how to find.

The vista I was looking for was called Canyonlands Overlook and required several miles of rocky four-wheeling to access. Near the end of the jeep trail, we took the east fork of the road so we could re-visit Wingate Window Arch. 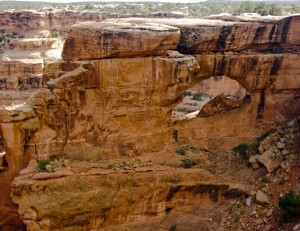 We then took the west fork which took us to the Canyonlands Overlook and the end of the trail. 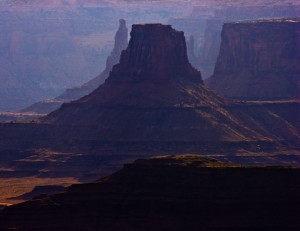 Along the way we passed a Chevy Blazer that had been tricked out for off road use. It was full of beer drinking youth. We thought they were stuck in a mud bog so we stopped to help. They weren’t stuck but were just trying to figure out different ways to throw mud around with the Blazer. They caught up with us again at the Canyonlands Lookout and we were glad to have them turn around and leave, trailing empty beer cans along the way. I hope they made it home that afternoon.

Canyonlands Lookout was a little breezy but the light and the clouds were perfect for pictures. I was able to just sit, enjoy the scenery and de-compress for while. I really needed that. 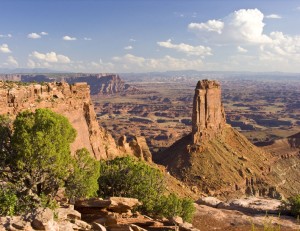 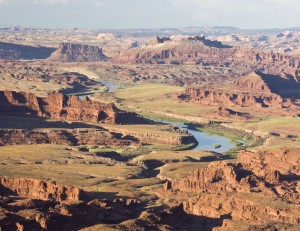 After a rather colorful sunset, we again headed for Utah Valley and home. 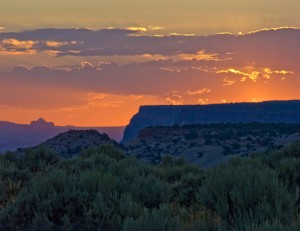