On Saturday October 7th, David and I drove down to Moab to hike the short trail from the Colorado River to Corona Arch and Bowtie Arch.

Anyway that is the direction we started off on. The trail climbs from the “Potash Road” parking lot up a slope, across the Potash train track and then east along the hills to Corona Arch. However we got sidetracked when we hit the train tracks. 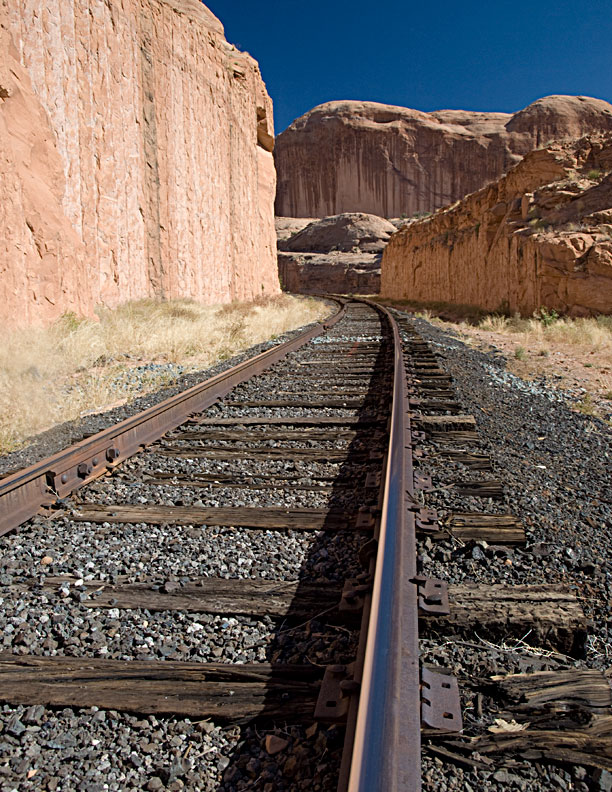 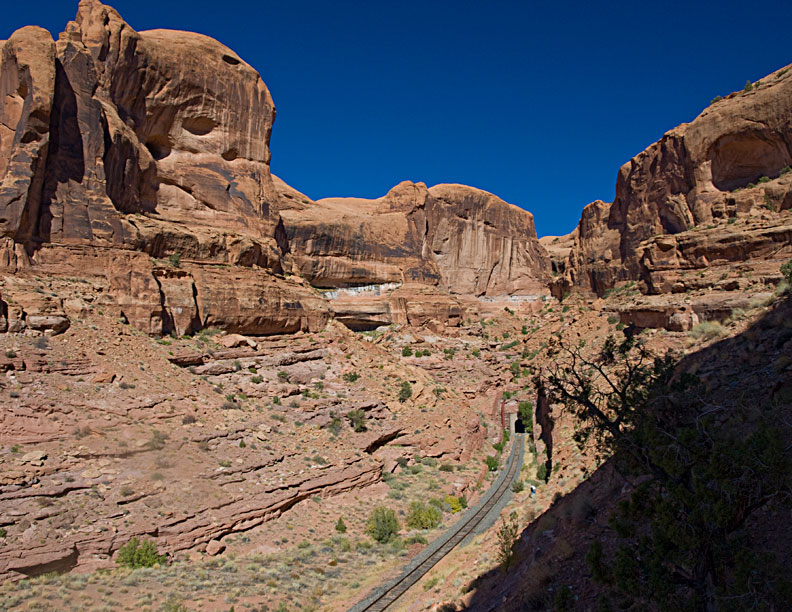 We decided to follow the tracks until they disappeared into a train tunnel that pops out near the Moab highway in 1.2 miles. Along the way we found a natural arch we had heard about called Quixotic Arch. It turned out to be larger than we expected which was a pleasant surprise. 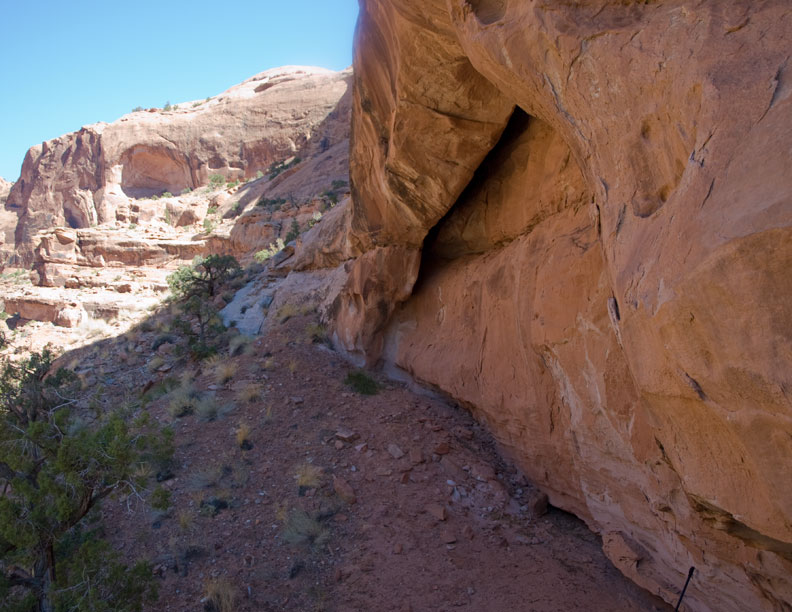 I also found a gold nugget which currently resides on my desk at work. (Ok, it’s probably just fool’s gold but it looks real enough.)

After exploring the tunnel a bit, we headed back to the trail and finished our hike past Bowtie Arch to Corona Arch (also sometimes called Little Rainbow Arch). There were a number of other people on the trail including a family that climbed the Moqui steps to reach the top of the arch. That was a little more climb than I wanted to try but I had to at least look at it. 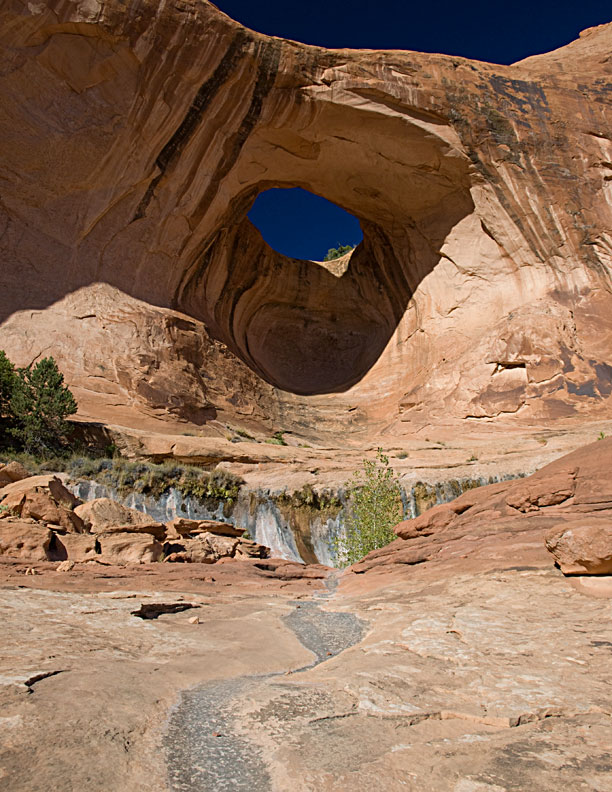 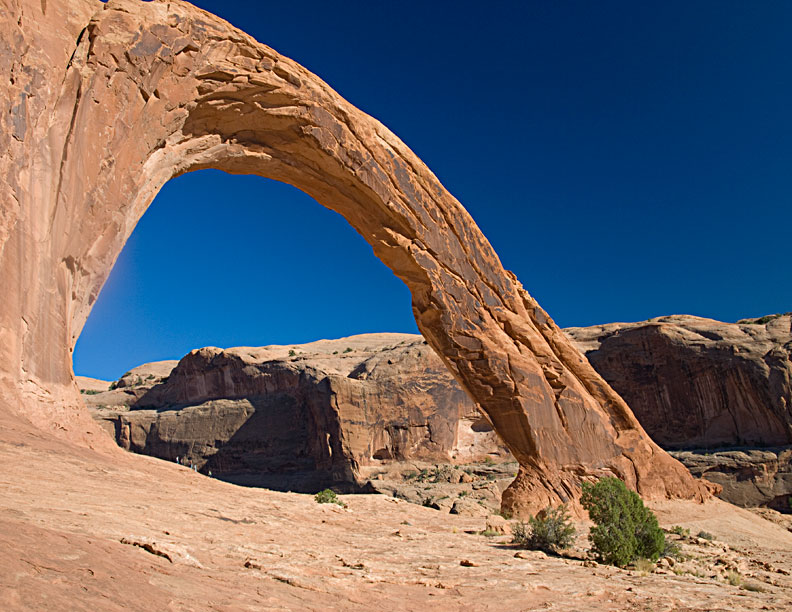 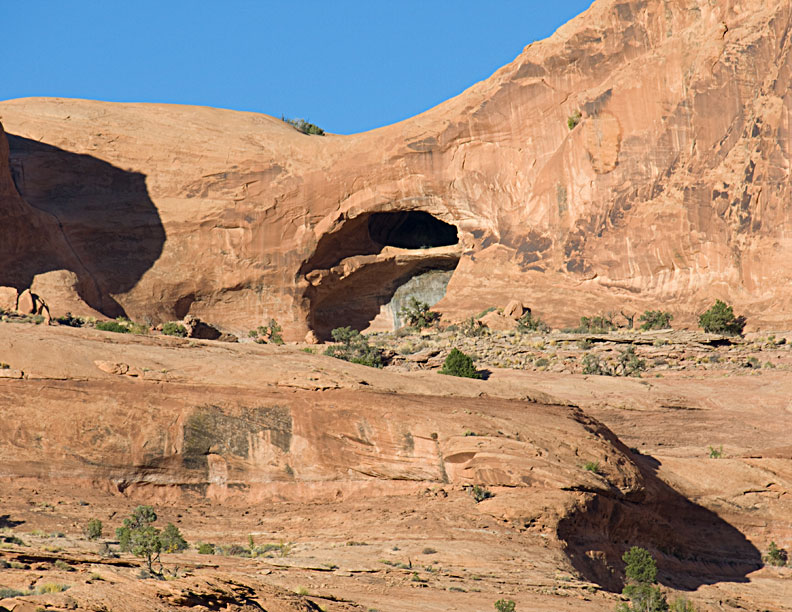 We were going to also hike across the canyon to visit Pinto Arch but were too tired by the late afternoon. That would have to be another trip. We were close enough to take telephoto pictures of it, at least.

On the way back to Moab, we took advantage of the setting sun to take reflection pictures along the Colorado River and even some petroglyph pictures. It was a nice warm day followed by a pleasant, calm evening. 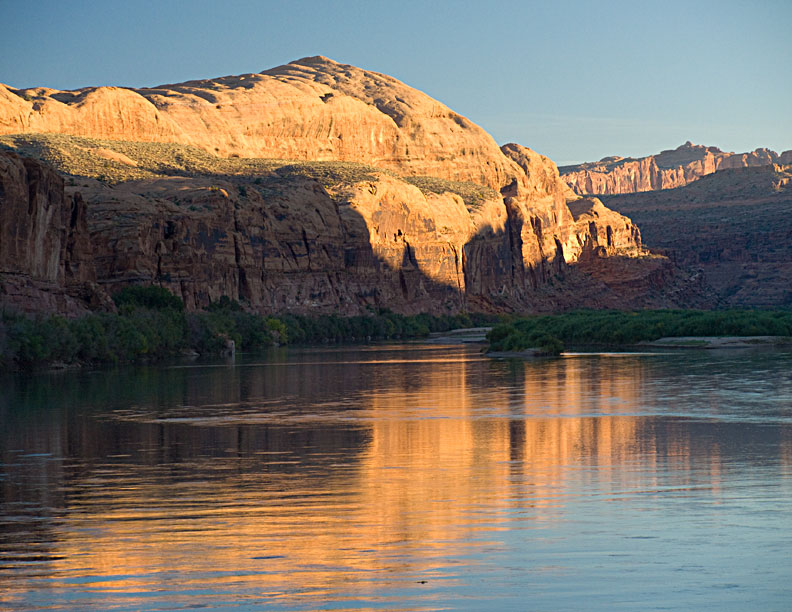 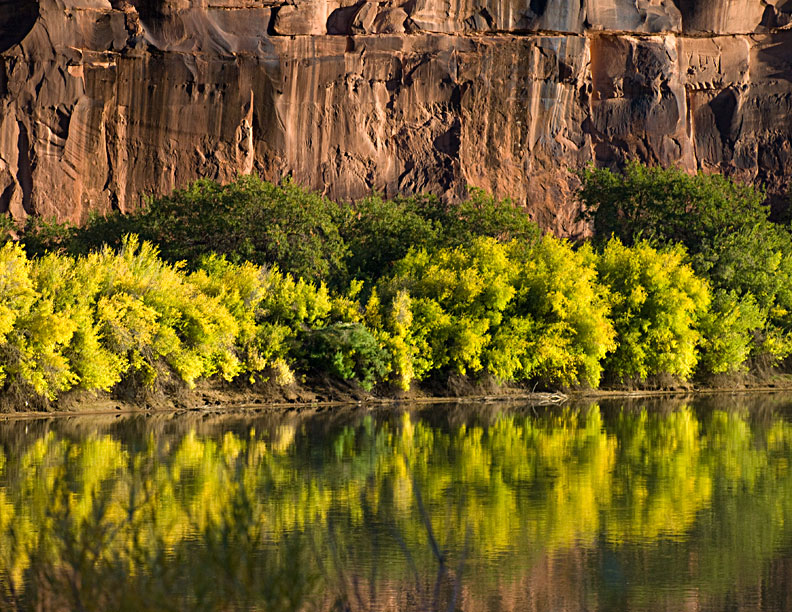 Then it was a long drive home again that night. Luckily, the days are still short enough to force us to get an early start on the drive home.