The Book Cliffs is an area in eastern Utah, south of Roosevelt Utah and north of Green River Utah, that we have been meaning to explore for quite some time. Unfortunately, it is an area that is difficult to access.

After work onFriday, August 15th, David and I drove out to Vernal Utah and stayed overnight with our folks so we could get a good start on Saturday morning.

We drove down through Ouray Utah and soon entered what is considered the north Book Cliff country. This area is mostly low rolling hills of cedar tree and sagebrush. (The southern Book Cliffs are mostly larger rolling hills of brush and some pine or aspen trees.) In the northern end, oil production dominates with many miles of oil field pumps, oil pipe lines and all of the dirt roads that access them. It can be a little intiminating because every hill looks the same and there is nothing on the horizon to orient yourself to. A lot of people get lost out here including oil field works.

Because this area is so vast and the drive is so long, the oil field workers have a tendency to travel rather fast. Luckily you can see their dust plume for miles before they pass you. We found one truck along side the road missing a front tire and rim. It looked like it had rolled in the last couple of days but no one was around. Later we passed a flat bed hauling another pickup that had also lost an entire front tire assembly. Yet later we saw several wheels with hubs along the road. (Remind me to never purchase a used oil field vehicle.)

We drove south down the Seep Ridge Road and stopped at the Willow Creek overlook to take a few pictures. 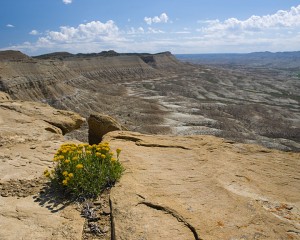 We then headed northeast to an area where I had a location on a map indicating a natural arch was located there. We found the location which required a short hike out to a wash. There was no natural arch but the many cannonball rock formations was interesting.

To explore as much of the area as we could, we continued east and then north to loop back through Red Wash and Bonanza Utah. Along the way, we jumped a cougar crossing a wash near Bitter Creek. It was long gone before I could get a picture, of course. 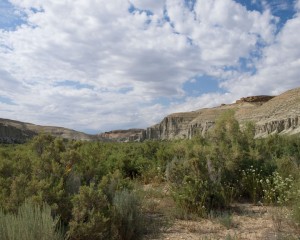 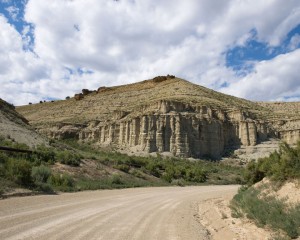 Most of this area was not what we consider “Natural Arch country”. However, a few places could have hidden arches and bridges. We spent some time exploring jeep trails along West Asphalt Wash but didn’t find much to take pictures of. 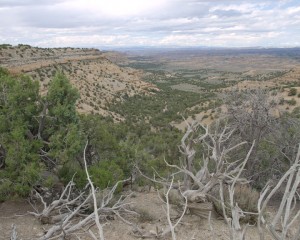 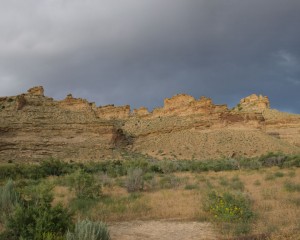 We did find a small class D natural arch along Evacuation Creek. (At least we didn’t go home empty handed!) 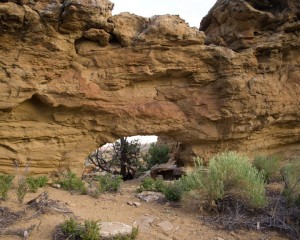 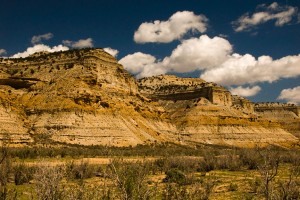 We also stopped near the Rainbow and Watson ghost towns as well as the gilsonite mining trench for a few pictures. 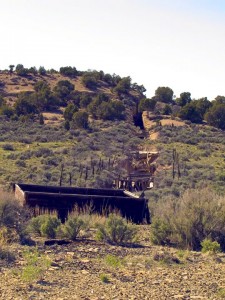 About sundown, we were within sight of Vernal Utah again. We were also surprised to find out that there was an area where you could view Vernal, Roosevelt and Jensen Utah all at the same time.

While we didn’t see all of the north end of the Book Cliffs, I think we saw enought that we don’t need to go back again. The next time we can head deeper into the southern Book Cliffs.

On the way back to Utah Valley the next day, we took a side trip to revisit the Strawberry Pinnacles and drive along the Strawberry River near Duchesne Utah. We didn’t have time to travel all of the canyon roads in that area but they were interesting enough to want to come back some time. 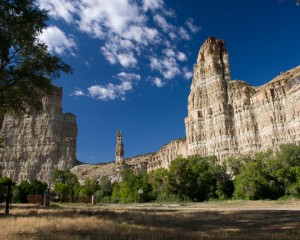 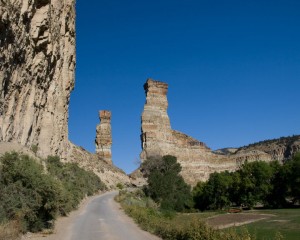 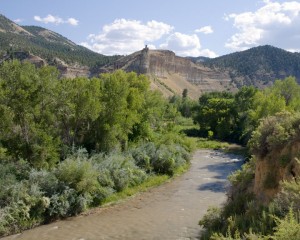 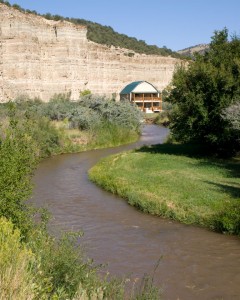