A Descent into Pasture Canyon

Finally, Spring in the Utah deserts! 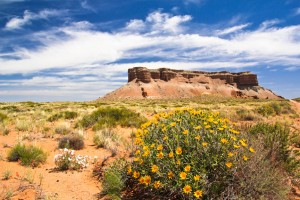 It was Saturday and David & I found ourselves on the top rim of Pasture Canyon, looking down at the tops of green Cottonwood Trees far below on the canyon floor. We were at a point we called Pasture Canyon Point, on the west rim, not far up canyon from the mouth at the Dirty Devil River. We believed that we had finally found a trail that would get us to the bottom of the canyon where we could then hike up the canyon to visit a number of possible natural arches.

The temperature was over 80 degrees and rising.

The descent (about 600 feet) was steep but at least it didn’t require a rope. We were able to easily get off the first shelf and down to a white slickrock sandstone layer. By navigating under the top rim and heading south, we were able to locate a drainage that dropped east into Pasture Canyon. By sticking to the south side of this drainage, we were able to find a safe path down. When we finally hit the canyon floor, we could see that this was really the ONLY place that a safe descent could be made without repelling with ropes. 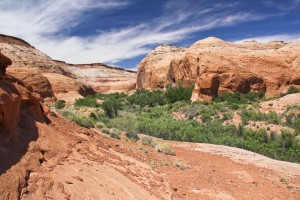 By that time, we found we were experiencing strange and forgotten sensations. We were hot. While that started out as an exciting event, it soon evolved into sweat and discomfort. A little breeze and an occasional cloud helped the situation but that was countered by hiking in sand and a good deal of brush whacking. Our winter weary and ancient bodies suffered in this unfamiliar environment. 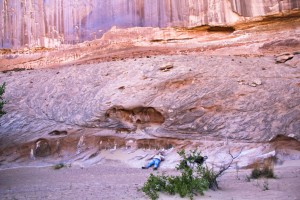 From the time hit the bottom of the canyon, it was about a 1.1 mile hike northward to the first canyon fork. We took the east fork for another mile where we found Pasture Canyon Arch along the east canyon wall. This was an impressive class ‘B’ natural arch that we were surprised wasn’t better known. 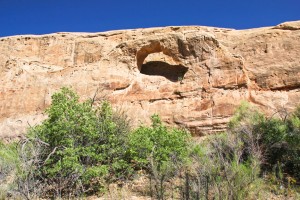 Along the way, we also took pictures of two smaller natural arches. The one structure looked to be another major class ‘B’ arch we called Giant Anteater arch. Upon closer inspection, only one corner was a fully developed class ‘C’ arch. Still, it was impressive. 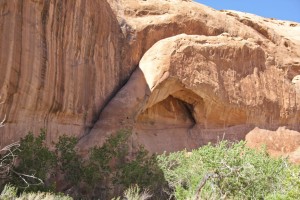 We took our time hiking back down the canyon which allowed us to hike in the cool late afternoon shadows of the canyon. I found this part of the hike extremely pleasurable as we quietly walked through the fresh vernal Spring growth with blooming cactus and a general sense of peace. Also we were delaying, as much as possible, the inevitable gut-busting climb back to the top of the canyon. 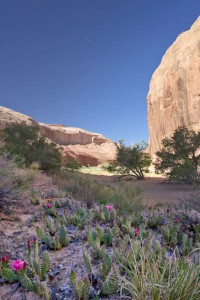 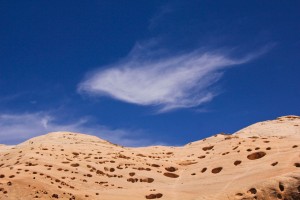 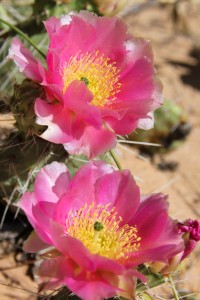 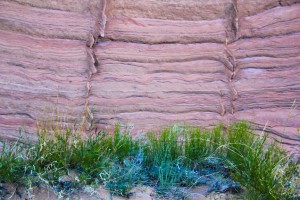 And gut-busting it was!

We arrived on top in time to enjoy a rather colorful sunset. We were totally wasted. 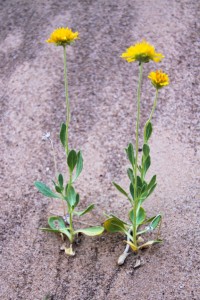