The next Utah canyons that my brother David and I wanted to explore was the White Roost and Robbers Roost Canyons just east of our last explorations of Pasture Canyon. Saturday found us on the west rim looking down into the canyons, not far from where they meet.

We had been here a number of years ago and knew that we could descend the west side but not completely reach the canyon floor. However, this would get us low enough to take pictures of two natural arches on the opposite cliff wall. The path down was steep and strenuous but not really difficult or dangerous. 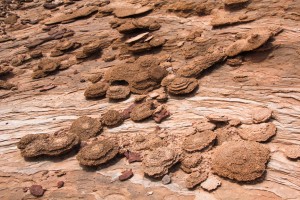 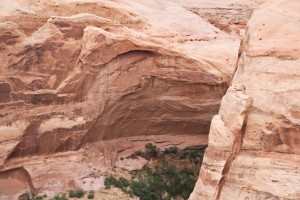 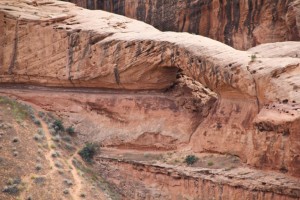 This quick descent into Robbers Roost Canyon edge allowed us still have enough time to explore area roads and trails to see what the opportunities were for future exploring trips. Several dirt roads took us west towards Pasture Canyon including a short side road that gave us a glimpse into upper Timid Canyon which is part of the drainage between Pasture Canyon and Robbers Roost canyon that doesn’t cut deep canyons. 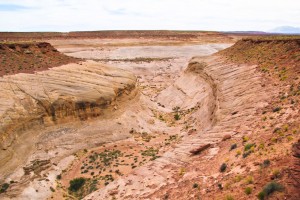 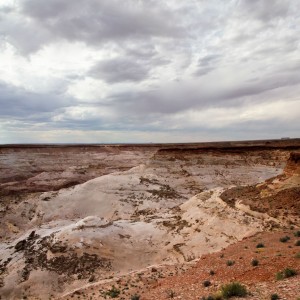 With the help of some clouds and a nice breeze, the day wasn’t too hot.

In fact, it was a perfect day!