My wife and I like to go RV camping several times a year to the Maple Grove campground located between Scipio and Salina Utah. It is an easy to drive to location with mature shade trees and a year-round stream running through the campground. The grand kids love it! 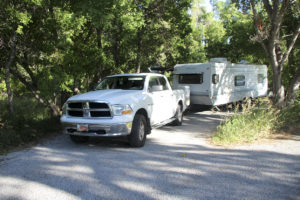 While staying there in August, I took the opportunity to explore Lost Creek which is a canyon running to the south from the Salina Utah area. 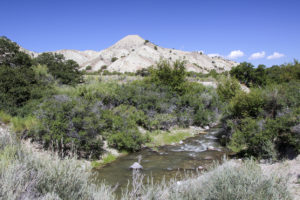 There was one rather narrow section of the canyon with steep cliffs and the possibility of natural arches. The type of rock wasn’t what you would normally expect to find natural arch structures but there was always the chance that nature would prove you wrong. I didn’t see anything.

After a number of miles, there is a significant rock outcrop on the east side of the canyon called Squaw Ledge. 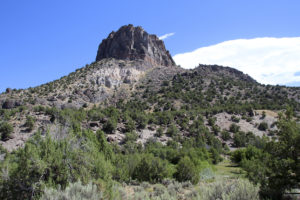 At least that is what it is called now, before the ‘politically correct’ nazis notice it. 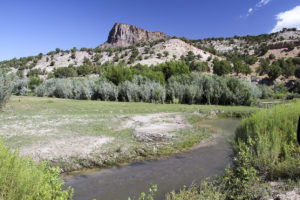 Just passed the Squaw Ledge outcrop, there is a side road heading to the east that I decided to explore. It took me up on top where there were several natural springs that turned the fields a lovely green. There was a Scorups Meadows sign on some of the private land. 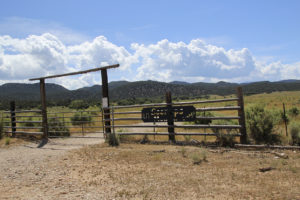 Back on the main Lost Creek dirt road again, I continued to follow it mostly southward until it almost became a jeep trail before finally topping out on the mountain just north of Koosharam Reservoir. Here I could jump on the highway for a quick trip back to the campground.

The Lost Creek road is a LONG road!