The Box Pictographs, Temple of the Sun & Glass Mountain

Saturday I took a solo drive south down through Ferron Utah and then east out to Molen Utah. From Molen I picked my way around the jeep trails until I was a short distance to the east in a bend of Ferron Creek that cuts into the clay cliffs called ‘The Box’. Here there were pictographs left in the cliffs from ancient Indians who obviously lived or camped here hundreds if not thousands of years ago. Interesting area. 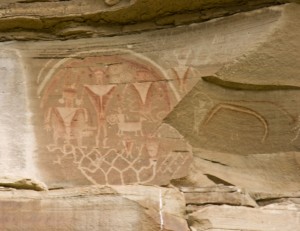 While in the area, I explored some of the jeep trails but didn’t find anything as interesting as The Box.

I then headed south down the main highway and under the I-70 freeway south of Emery Utah. From the freeway, it is good gravel road south to the north end of Capital Reef National Park and an area called Cathedral Valley in Middle Desert. I wanted to take evening pictures of The Temple of the Sun and The Temple of the Moon. However, I had forgotten how long of a drive it was across Mussentuchit Flats and the Last Chance Desert. 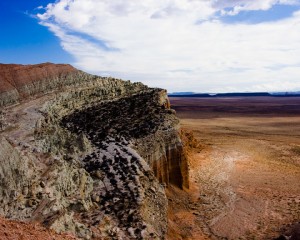 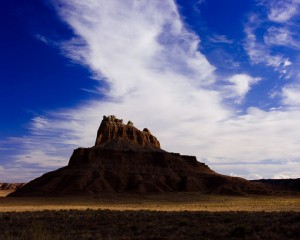 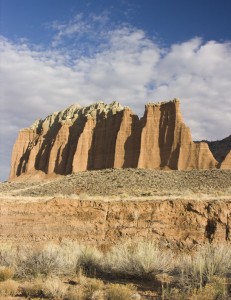 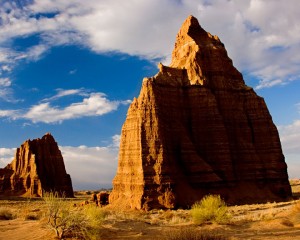 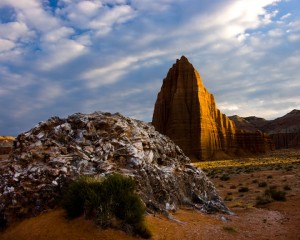 Soon the sun disappeared over the hills and my camera had a chance to cool down again.

Then it was a long and lonely ride back across the desert to go home again.

Actually it was a beautiful night for a drive across the desert. I needed that.