After another long work week, it was time to head south for some serious decompression time. While we didn’t have a particular hike that we wanted to try, I did want to drive down the Notam Road on the east side of The Waterpocket Fold, on the south east side of Capital Reef National Park. Basically we were headed for the Brimhall Double Bridge overlook with the idea to look for a small arch near the road further south near Bullfrog on Lake Powell.

Along the way, we had the time to stop to take pictures at places like the old Bicknell Mill building. 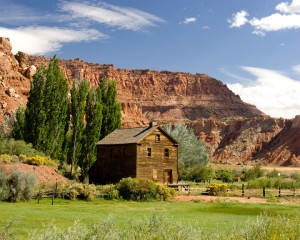 After driving through the main part of the Capital Reef National Park (the part the tourist see) we headed south down the Notam road which is on the east side of the Waterpocket fold and parallels the Oyster Shell Reef.

Driving out to the Brimhall Double Bridge overlook took us down a dirt road that was rougher than I remember. 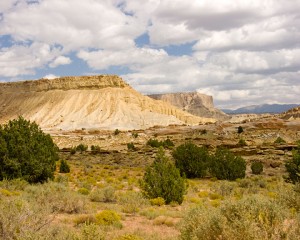 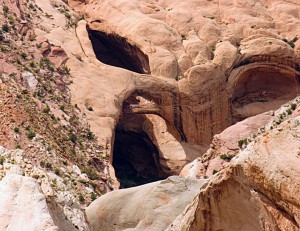 We then continued south until the road left Capital Reef National Park and entered Glen Canyon National Recreation Area and the Lake Powell area. Here we quickly located the small class D natural arch that was indeed almost next to the road.

We had passed Ticaboo Utah heading north east when I decided that we really should have picked up gas there since it was still a LONG way to Hanksville. We drove back for the gas. Once on the road again, we took a side road at the Henry Mountains pass to drive north to the Star Ranch. 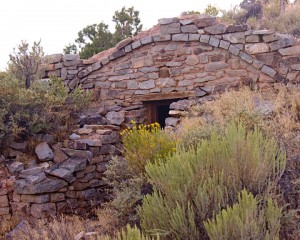 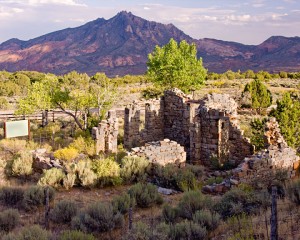 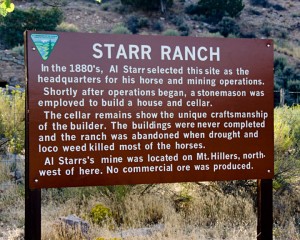 By this time, it was getting late and we needed to get serious about heading for home again.