Friday was the Fourth of July holiday which left me free for Saturday the fifth. To avoid the heat in southern Utah, David and I drove the Explorer east into the mountains.

We drove through Heber City and on to Francis Utah. We stopped briefly to take pictures of a small class D natural arch on the north cliffs along the highway and the Provo River just before climbing the hill to Francis.

Then we drove and to Kamas Utah and up the mountain past the Provo River Falls, over Bald Mountain Pass and down to Mirror Lake. Since it was a holiday weekend and most of Utah had the same idea that we did, it was rather crowded at the lake. 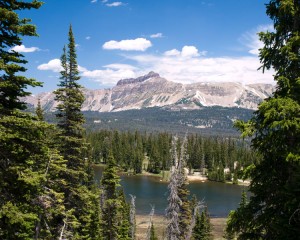 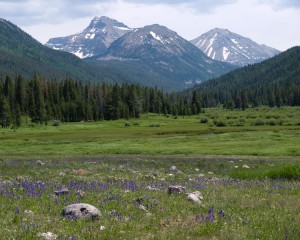 Once we had returned to Kamas, we drove north to Oakley Utah where we had dinner at the Road Island Dinner, a 50’s style dinner that had been trucked from back east (Rhode Island?) and set up in Oakley Utah (of all places). 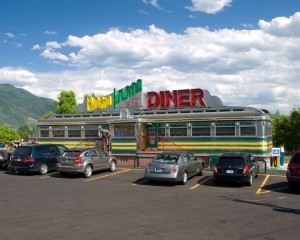 The food was REALLY good! I will need to bring my wife up her for dinner now.

We also spent some time in the high farm area, taking pictures of old barns until it started to get late. Then we headed for home again. 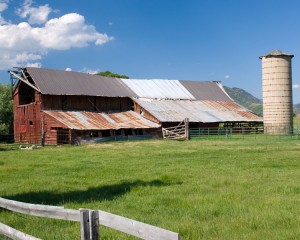 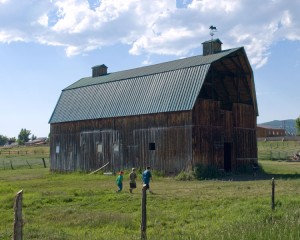