Thursday evening after work, I loaded my wife, along with my oldest daughter, into our Ford car (yes, I do own a car) and drove east to Vernal Utah and then north to the family cabin near Grizzly Ridge and Flaming Gorge Reservoir. The next morning we had a leisurely breakfast before taking a drive to Sheep Creek Canyon in Daggett County, to enjoy the fall colors. 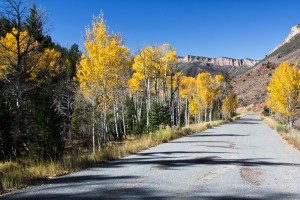 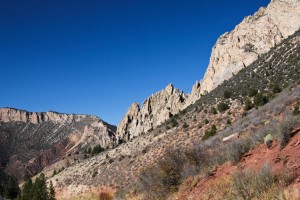 We drove into Sheep Creek Canyon via “the back way” so that we were actually at the top of the canyon driving down the canyon towards Flaming Gorge Reservoir and the main highway. Once we were in the canyon, we stopped for a lunch picnic at what used to be the Palisades Campground. 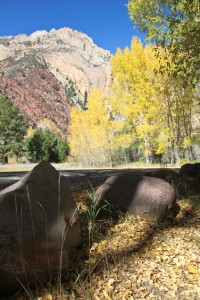 The Palisades Campground was destroyed in 1965 by a flash flood which killed seven campers from Salt Lake City. The site is now a picnic ground with a nearby monument memorializing the lose of life during the flash flood. 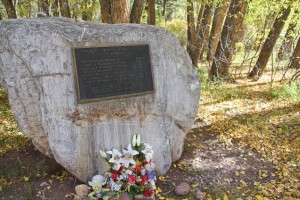 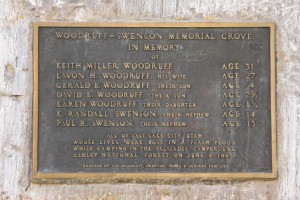 I remember the event when I was a kid and how long it took before the road was re-opened so my grandfather could take me fishing there again. For years I remember passing the remnants of crushed cars among the boulders. 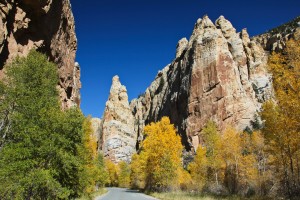 We also stopped briefly at the Bennett Cabins which are the only buildings in the canyon. My mother is a Bennett and we had attended at least one family reunion at this location, just a few years earlier. 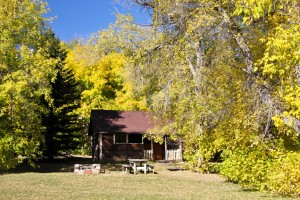 In the fields below the Bennett Cabins, we found a few mountain sheep grazing. Seeing mountain sheep in this canyon is fairly common. They soon crossed the road and disappeared into the heavy brush on their way back up the south hillside. 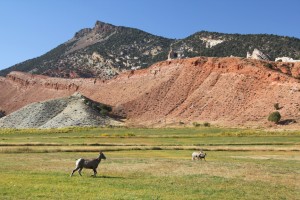 The next stop was at the Dowd Grave site. Cleophas Dowd was a famous outlaw/lawman that lived in this area. 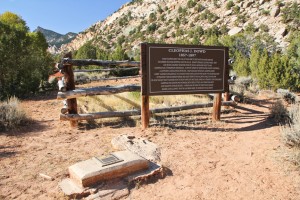 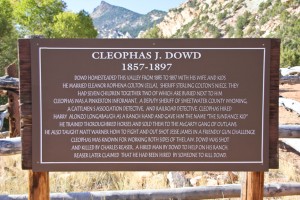 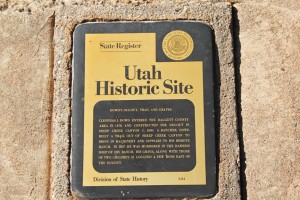 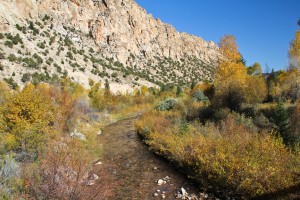 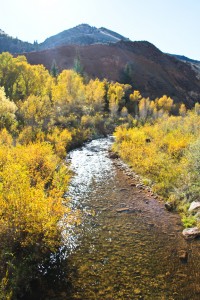 We then continued down the sometimes paved, sometimes gravel road to the main highway just before Sheep Creek dumps into Flaming Gorge Reservoir. We then turned north and took the highway into Manila Utah.

Manila is the county seat of Daggett County and only one of two towns in the county. (Dutch John Utah being the other town.) Though small, there is a Post Office, a LDS church, schools and the usual county offices. 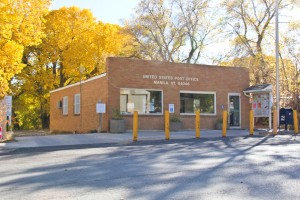 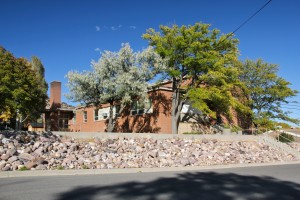 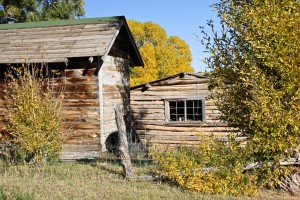 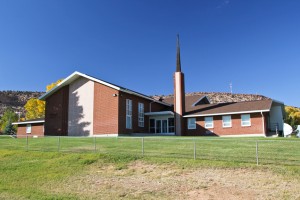 Behind the Daggett County Courthouse is the Manila Library and behind that is the old jailhouse, now a museum. 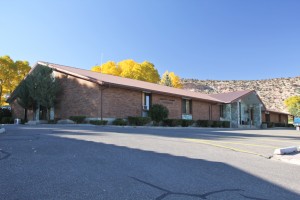 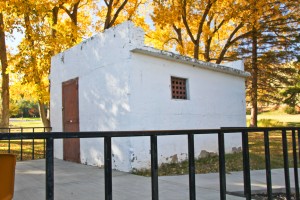 Nearby is the rodeo grounds where they put on an impressive rodeo every summer. 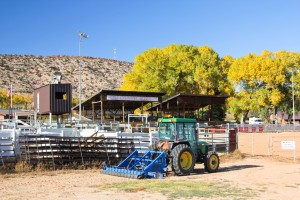 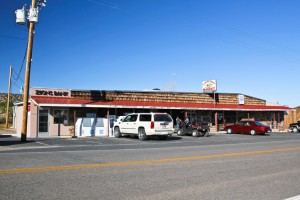 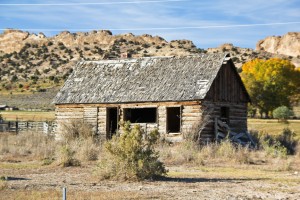 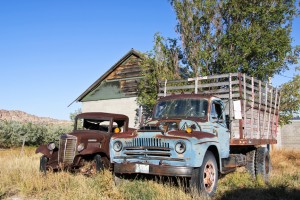 From Manila Utah, we drove down the road heading directly eastward to the shores of Flaming Gorge Reservoir which is part of the Flaming Gorge National Recreation Area. A short distance from shore is where Linwood Utah used to be located, now underwater. 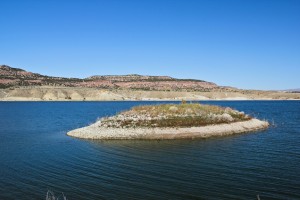 We then headed back to the cabin to enjoy the rest of the weekend with the rest of my family who joined us the next day.

A nice way to enjoy the last warm days of fall.

We left on Sunday after a hailstorm dropped almost an inch of hailstones.

Oh well. Time to get back home for another week of work.