Another Saturday finally rolled around with the opportunity to explore another small corner of Utah.

My younger brother David and I found ourselves parking my Ford Explorer Sport and the ATV trailer a short distance northwest of Caineville Utah on the Middle Desert road. Here we unloaded the ATVs and headed towards the Middle Desert area.

We left the main road not far from the Capital Reef National Park boundary and headed east and then north towards Black Mountain on the Salt Wash jeep trail. 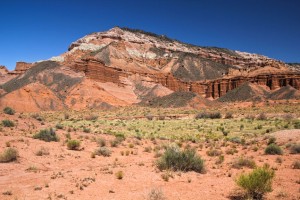 There had been heavy rains earlier in the week so there was some tricky muddy spots as the trail crossed the Salt Wash drainage. We rode the ATVs nearly all the way to Black Dike Arch which completed our exploration of the Salt Wash and the primitive Salt Wash Trail. We had approached Black Dike Arch twice from the east but were never able to finish the ride all the way through Salt Wash. Now we had completed the missing section. 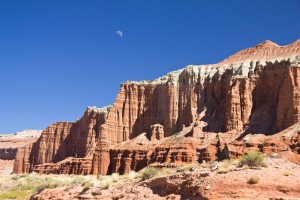 Now we wanted to finish exploring the southern end of Last Chance Wash after exploring the northern end on a previous trip. From Salt Wash we headed north into the canyon which immediately turns to the east before twisting to the north again. When entering from the southern end, we didn’t have to endure mile after mile of boring dirt wash before finally getting into a rock walled canyon. From the southern end, you are immediately engulfed in steep canyon walls. However, hiking in mud is no better than riding ATVs in mud. It is still messy at times. 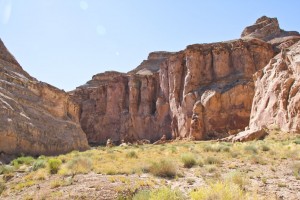 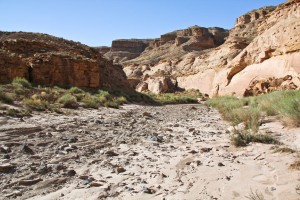 When exploring Utah canyons, we are always on the look out for natural arches and we did find one large hole that could be a natural arch but it was impossible to say for sure. The opening made it large enough to be at least a large class ‘C’ natural arch but it looked like a large round slab of rock had been rolled into the hole. Since we couldn’t see any light coming in behind the slab, we had to assume that it wasn’t a natural arch… yet. 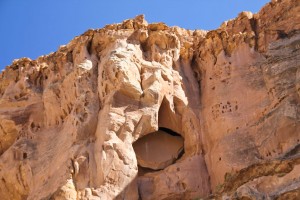 Several miles later, we arrived at a class ‘B’ natural arch that we had discovered on our previous exploration from the other end. We called the arch Last Chance Wash Arch… of course. 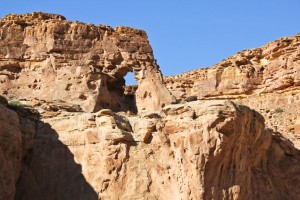 Unfortunately, along the way we failed to find any other significant natural arches other than a small class ‘D’ arch. 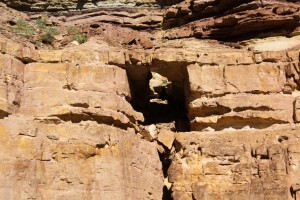 Still, the canyon was wonderful and unique. 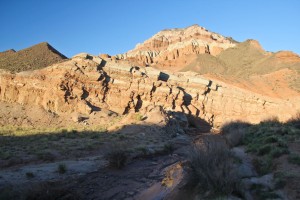 By the time we made it back to Salt Wash, it was late afternoon. We had to do some serious quick ATV riding to get out of Salt Wash and back on good roads before the sun set. That was one of the only times that I allowed myself to have some serious fun ripping down the trail and sending the mud flying. Usually I ride rather slowly, preferring to enjoy the view and the surroundings along the way. 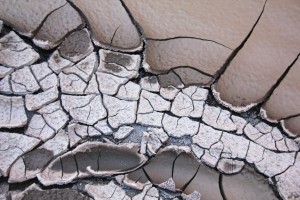 Once on the main dirt road, it was still a long ride back to the Explorer in the dark and even a longer drive home that night. 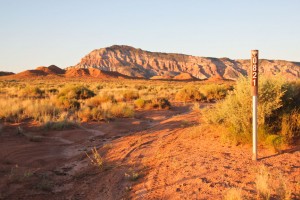 The ATVs are going to need a trip to the car wash after that ride. And so are my boots.